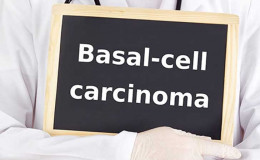 Basal Cell Carcinoma is most common type of skin cancer in human which can be avoided with simple methods that can be applied in daily life.

Basal cell carcinoma is the most frequent type of non-melanoma skin cancer which is usually named as Basal Cell skin cancer. It is the most common to occur in the United States.

BCCs can sometimes seem parallel to the noncancerous skin conditions such as psoriasis or eczema which can only be identified by a professional physician.

Hence, if you guys detect any unusual condition in the body you are kindly suggested to visit as immediate as possible since the disease can be easily cured during primary stages.

What is Basal Cell Carcinoma?

Basal cell carcinoma is actually a type of skin cancer which initiates in the basal cells; found at the very bottom layer of the epidermis. Caused by the harmful sun rays thus can be identified on the face, neck, shoulder, chest, and back.

When the UV rays encounter your skin, it eventually damages the DNA of the skin cells and hence the damaged DNA cause unusual growth of the cells resulting cancer. The process may take many years. 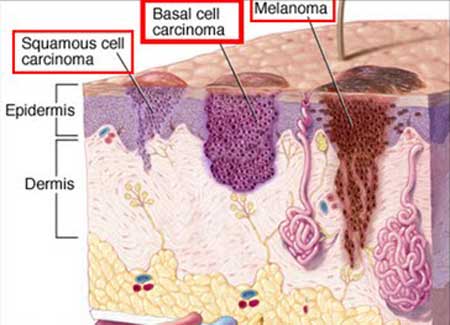 As it is already stated above that this type is the most common one in the United States, all of you must be alert with about the signs, symptoms and possible methods to treat.

With the extensive growth of large tumors, the treatment method becomes even more complicated one. BCCs can scarcely occur in some vital organs that ultimately results in major complexities with muscle or nerve injury.

Certain rare but lethal ones can be disastrous if not treated promptly. Hence, it is the responsibility of every individual to monitor ones body time and again to avoid any disastrous effect.

Australian actor and singer Hugh Jackman urged his fan followers to be away from the sun after his BCC's surgery was accomplished.

The 48-year-old star kindly suggested his fans apply sunscreen on a regular basis to be far from the BCCs.

In the month of February 2017, the Logan star revealed that he had a fifth skin cancer removed via an Instagram post. He explained,

'Looks worse with the dressing on than off. I swear!'

Another basal cell carcinoma. Thanks to frequent body checks and amazing doctors, all is well. Looks worse with the dressing on than off. I swear! #wearsunscreen

'Another basal cell carcinoma. Thanks to frequent body checks and amazing doctors.

He further advised his fans as caption on his posts which said,

'An example of what happens when you don't wear sunscreen. Basal Cell. The mildest form of cancer but serious, nonetheless. PLEASE USE SUNSCREEN and get regular check-ups.'

The BCC was detected for the first time when he was filming X-Men. His makeup artist detected an unusual spot on his nose. His wife Deborra-Lee Furness, also motivated him to visit a doctor.

He is now free of the cause and living a normal life these days.

Here you go some of the major symptoms

Symptoms of BCCs may vary person to person. Here are some of the distinct symptoms observed most frequently.

1. Appearance of small lumps featuring like pimples beneath the skin mostly on the face, ears or neck. They are translucent for the bare eyes and is the most common one among all type. This type of structure may rupture and bleed.

2. Growth of waxy skin is the morphoeic lesion appearing like white scars on the skin on the face. 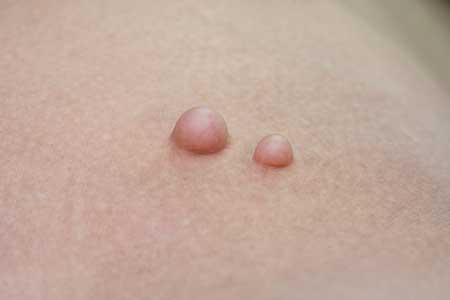 3. If you see an open wound in your body that is not healing in due time, that's most probably BCCs. The open sores may bleed for a whole week or even more in this condition.

4. Black lump on the skin commonly called as Pigmented lesion imitating the mole or skin tag can appear with black, blue or brown color. People with dark complexion are prone to this type of lesion. 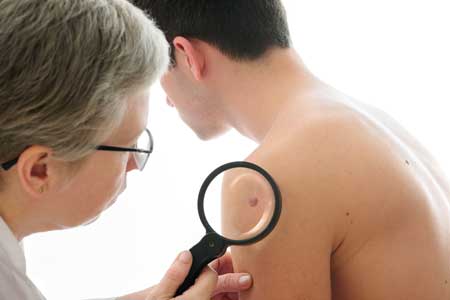 5. Irritation and itching sensation mostly develops around the cancerous patch. Itching the affected part-time and again can make the condition even more worst.

6. An appearance of red patch, elevated pink marks or small depression can also be observed in some patients.

7. BCCs spread to the nerve cells can cause itching and an enormous amount of discomfort to an individual. The sensation of numbness, tingling or crawling of the skin is sufficient to make a person irresistible.

The prime goal of a physician is to treat the disease effectively leaving no scars on the skin as far as possible. Size, location and the time duration of the cancer is considered before initiating the treatment.

Here are some of the treatment options the doctor may suggest you:

Cutting out the tumor

The affected portion of the skin including the surrounding area is anesthetized at the beginning following the scraping of the part and the sample is taken to the laboratory for examination.

If the cancerous cell is detected, the following process is applied.

A spoon-shaped tool is used to scrape off the tumor. The process is commonly called "curettage and desiccation". Doctor use effective method to control the bleeding and kill the remaining cancer cells using an electric needle.

The procedure is known as 'cryosurgery'. The doctor uses liquid nitrogen to freeze and kill the cancer cells.

This technique is named after the doctor who invented it. The surgeon scrapes the skin layer by layer with repeated observation under the microscope to detect the concluding point.

This technique is recommended if the tumor is large, in the sensitive area, of a long time duration or came back after having other forms of treatments. 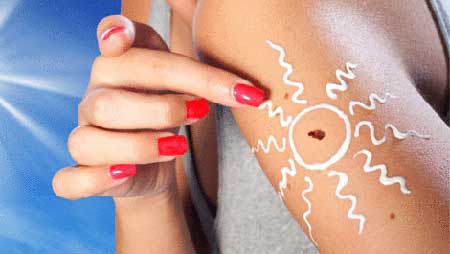 The doctor may suggest applying creams i.e. fluorouracil and imiquimod on the affected part. The creams should be applied for several weeks under the doctor's supervision.

X-rays is also used casually to destroy the cancer cells for several weeks.

Here is a video explaining the treatments of BCCs by Cancer Quest:

How to take care of yourself?

You guys should be alert with the development of possible changes on the skin before or after the cause. Following procedure is the beneficial one to be far from any skin problems. 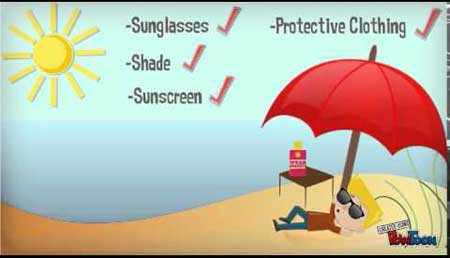 Well, you guys should be very sensitive about your skin health along with people around you.