Home Article See the beautiful married life of Khatira Rafiqzada and Micheal Ealy. Private and a perfect couple of the Hollywood

See the beautiful married life of Khatira Rafiqzada and Micheal Ealy. Private and a perfect couple of the Hollywood 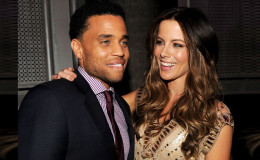 Khatira Rafiqzada and Micheal Ealy are living a happy and prosperous life together with two adorable kids. The couple is very sensitive to their personal life since they rarely share their personal affairs in public.

An American actress of Afgan descent Khatira Rafiqzada married to her long term boyfriend Michael Ealy in 2012 in a secret ceremony in Los Angeles.

Are they happily married or not? Let us discuss the life of the secretive couple in today's section.

Since most of the celebrities want to keep their personal life in privacy, it is often annoying to the fan followers and media.

Khatira Rafiqzada and the Hollywood hunk Micheal also wedded in a private ceremony in Los Angeles in October 2012. 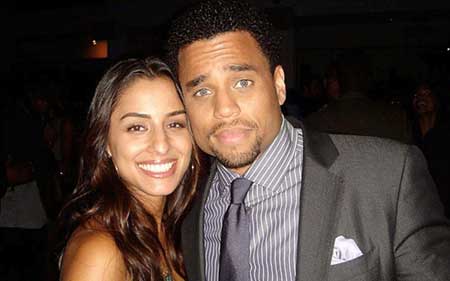 Khatira Rafiqzada and Micheal Ealy,  Source: In The Basement

The couple was in the relationship for 4 years before their conjugal life started.

“Michael has always been a private guy, and he wanted to enjoy his time as a newlywed with his wife privately,” his rep said. “Now that some time has passed and the holidays are here, he wanted to share the news with his fans that he is married and very happy.”

The Secrets and Lies star welcomed a cute baby girl with his wife Khatira in 2016. Micheal confirmed the news during his appearance on the Steve Harvey show on 9th November.

I got u every step of the way.

The couple also shares a 2-year-old boy named Elijah together. 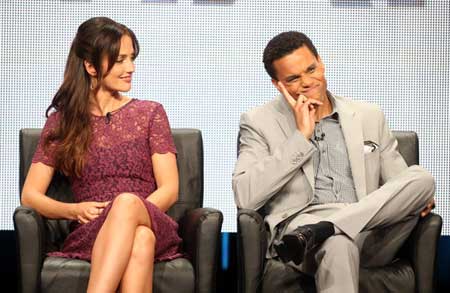 After gifted with a sweet little baby girl, Micheal said,

“It’s a special kind of protective love. Within two hours, I understood your emotions at your daughter’s wedding.”

Two years later of the wedding, Micheal disclosed about the birth of his first child Elijah.

Talking about his son he said that he is very grateful to celebrate Father’s day. He admitted,

“It was awesome. I have just gotten back in town from the road and my wife went to go get her hair done or something like that because we had a date nigh6 that night, so it was just me and him. We went and ran some errands and took him to CVS and got hiom some swim diapers and stuff.”

Micheal loves keeping his personal life in the curtain. He doesn't share every regular activity in the social sites since it may only cause unnecessary buzz and gossip.

Today is so bittersweet for me. I deeply miss the man that made me a man. Through these tears, I cherish my son that came so shortly after he left. The joy of being a father is inexplicable in many ways. Sometimes a picture can capture it better. This is an older pic but still one of my favorites mostly because my wife took it without me knowing. It is so beautiful to me because I can see us through her eyes. Family. By far the best chapter of my life. #happyfathersday #holdingon

He admitted that he has been private since he was in high school. From that time he prefers to keep every special moment of his life to himself.

Relationship of the duo at present

It is all clear that the couple prefers to keep their personal affairs secret but that will not stop us from searching about out favorite pair. 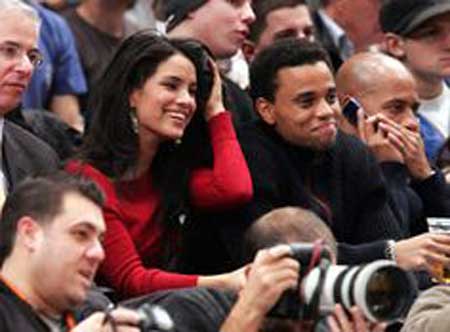 Khatira and Micheal caught in a secret wedding, Source: Pinterest

Now, the couple is leaving a happy and prosperous life sharing almost 9 complete years of their life. Till date, there is no any rumors and controversies regarding their divorce or separation.

Going through the social sites of the famous actors, we can find numerous pictures showing immense love for each other.

Maintaining the personal life is often good to sustain the relationship since any problems or misunderstandings that arose in life can be sorted out within a short time limit.

There remains no chance for media and fan followers to spread unnecessary rumors and make the situations even more complicated.

Hence, we congratulate the couple for their relationship to last longer to infinity with both the lovable kids. We also wish them all the best for their bright and enlightened career.