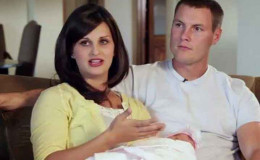 Love cannot get purer than one that begins in school and runs the course of the distance leading to a blissful marriage. Philip Rivers met the love of his life as early as back in middle school and there has been no turning back ever since.

Let's get more details of the beautiful married relationship between these long-term partners, their gigantic family with several children, as well as the cornerstone of the couple's successful marriage.

Philip Rivers' Married Life; Is The Couple Still Together?

Philip Rivers is married to his wife Tiffany Rivers. The couple tied the knot on 19th May 2001. The pair had just finished their respective first years at college at the time. 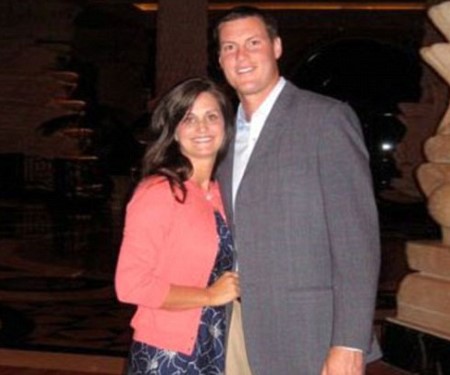 Earlier, in keeping up with the teachings from Church, the duo waited until they wedded to have sex. You can watch below Philip speaking on the couple's commitment to retaining their purity until they were officially spouses.

The couple shares eight children in total. The pair's first child Halle Rivers was born on 6th July 2002, merely a month before Philip started training camp for his sophomore season in Raleigh. 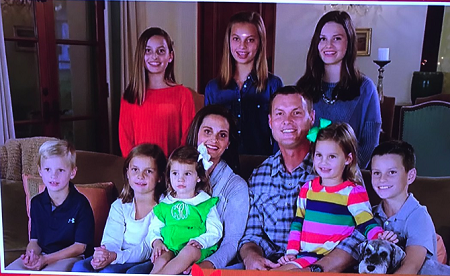 There's a lot of age differences between the siblings as mentioned by the sports analyst Darren Rovell on Twitter.

With the birth of his daughter yesterday, Philip Rivers now has 8 children. His oldest is 13.

When his wife Tiffany gave birth to the couple's fifth daughter in October 2013, Philip was prepared to miss the birth of his baby so he could play the Chargers' match against Jacksonville Jaguars.

At the time, Rivers was asked by 10News what would happen if the baby was born while he was playing, to which he replied, "FaceTime, I reckon".

This lovely duo is amazingly together since 7th grade. Philip and Tiffany were both raised in Decatur, Alabama. Philip reportedly pointed towards Tiffany as a child and told his mom, "That's a good girl".

The two began dating even when Philip and his family moved to Athens. Philips was a star on the Athens High football team coached by his own dad.

After their marriage, the couple began the Rivers of Hope Foundation in 2010. It aimed to provide permanent families to foster children. However, the foundation was closed by a pair in March 2013. Rivers said in a statement:

"Tiffany and I have seen great things happen in the last four years with the public foundation and now we want to continue to expand our personal efforts for these purposes. It takes us out of the public eye and puts the kids center-stage."

The couple appeared to strive towards a more "behind the scenes" approach to help children.

Philip Rivers' Wife Converted To Catholicism Before She Married Him

Philip is a devoted Catholic, so when it was time to marry him Tiffany converted to Catholicism. It was reported she received her first communion the day before she tied the knot with Philip.

Since embracing herself with the Catholic faith, one of the cornerstones of the couple's marriage has been described by the pair is the practice of natural family planning. 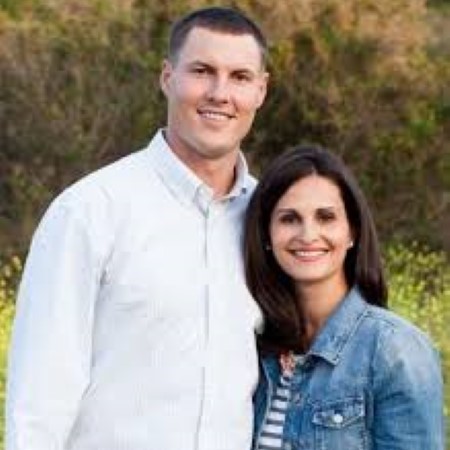 During the 2012 interview, Tiffany talked about her faith and embrace for natural family planning. She said:

"Being a convert, I just jumped fully in. I thought “this is so awesome that the Church has everything laid out for us. There’s no guessing game.” I just love the fact that the Magisterium of the Church has these beautiful truths that they’ve safeguarded all throughout the years."

Tiffany added, they learned about natural family planning mostly from Philip's mom when they were preparing to get married. The mother told them "this is what the Church teaches".

Tiffany claimed she was 18 at the time while Philip was 19, and she thought she's a Catholic now and this is what the Church teaches so they're doing it. The lovebirds then practiced it from the very beginning of the marriage. 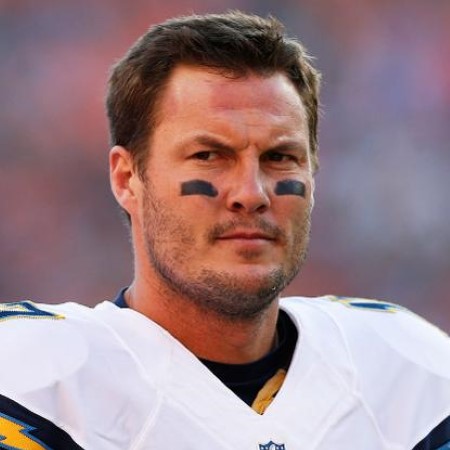