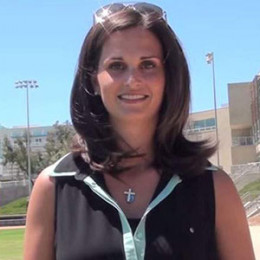 Tiffany Rivers rose to stardom after marrying an American football quarterback for the Los Angeles Charges of NFL, Philip Michael Rivers. The duo is together for nearly two decades and shares eight children.

Tiffany Rivers happily tied the knot with her high school sweetheart turned husband, Philips Rivers on 19 May 2001. Tiffany even converted to Catholicism on the eve of their wedding which signifies her devotion to her spouse.

The duo met around 1994 while studying at junior high school. Not long after the meeting, they began their romantic relationship.

The duo is proud parents of eight children; six daughters, and two sons, till date. The pair first welcomed their daughter, Halle Rivers on July 6, 2002, second daughter, Caroline Rivers in 2005, Grace Rivers in 2007, and Sarah Rivers in 2010.

Similarly, Tiffany gave birth to their first son Gunner Rivers in 2009 and younger son Peter Rivers in 2011. In addition, the daughters Rebecca Rivers was born in 2013 and Clare Rivers in 2015. The pair are expecting their ninth child this March. 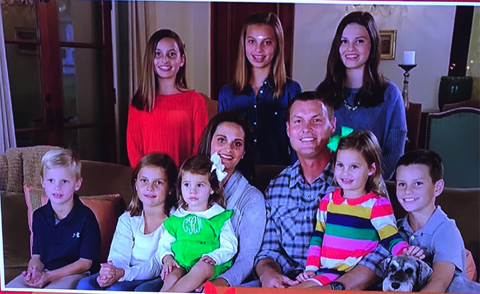 Tiffany Rivers with her husband Philip Rivers and children.
SOURCE: The Sports Daily

The lovely couple already spent more than eighteen years of conjugal life and still shares the same spark in the relationship. On top of that, the duo is free from the extramarital affairs and divorce.

What is Tiffany Rivers Up To Now?

Tiffany Rivers, the celebrity wife and her husband, an American football quarterback aren't yet divorced in fact their relationship has grown more stronger than before. News had it, the duo is soon planning to welcome baby no. ten.

Needless to say, Rivers are already the parents to nine adorable kids. Eight of the nine Rivers children are often pictured with their parents on a vacation as well as PDA whereas the one (Ana, 1) is kept mystery. The couple's eldest child has turned seventeen.

Both Tiffany and her spouse are devout Catholics and their refusal to use contraception are opting instead they use the Natural Family Planning technique which probably has a lot to do with their large family.

As of 2020, the NFL fans dount if Philip would retire in the fall of 2020. Because, since his recent move to Colts, it's become clear he's not showing any signs of retiring soon.

How Much Is Tiffany Rivers' Net Worth?

The American football player Philip Rivers' wife, Tiffany Rivers has the net worth around $2 million as of 2019. What could be the source of her impressive fortune? Well, she amassed the decent amount of wealth as a co-founder of swimwear line, Hermoza. She founded the company in 2018 and is a cutting edge creator of timeless swimsuits.

On the contrary, her husband Philip Rivers has an estimated net worth of $38 million as of 2019 which he earned from his successful football career. Rivers gets an average salary of around $20.8 million per annum. Till September 2018, he accumulated $188 million salaries solely from the NFL. Additionally, he also summons $450 thousand from his endorsements. 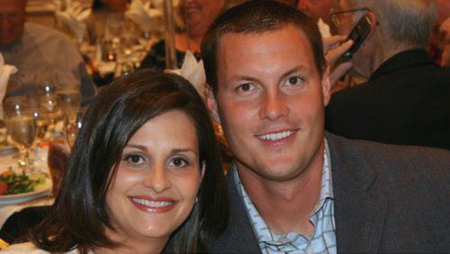 Moving on to Rivers couple's personal assets, they own a lavish house in Los Angles worth $5.2 million. Moreover, Philips is an avid car lover and possesses several expensive cars. His car collection includes Cadillac, Lamborghini, Range Rover, Ferrari, Corvette, and an SUV. He spent over $200 thousand for the maintenance of his SUV.

The pair founded the Hope Foundation in 2002 to provide permanent families to foster children. The foundation also financially supports the San Pasqual Academy.

Tiffany Rivers was born in 1982 in Alabama, the United States. She holds an American nationality and belongs to White race/ ethnicity. 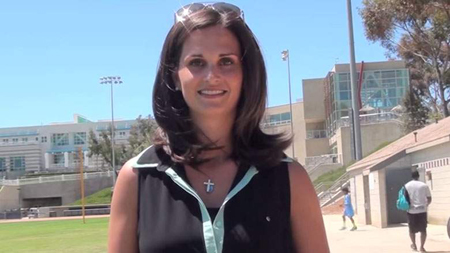 Tiffany attended her high school in Alabama but le1ft the study after tying the knot with Philip Rivers.

Tiffany Rivers married her long-term partner Philp Rivers on May 11, 2001. Tiffany converted to the Catholic faith at the eve of their marriage.

Halle Rivers was born as the first child of Philip Rivers and Tiffany Rivers on July 6, 2002.

Caroline Rivers was born as a second child of the duo Tiffany Rivers and Philip Rivers.in 2005.

Sarah Rivers was born as the fourth daughter of Tiffany Rivers and Philip Rivers in 2010.

Gunner Rivers born as the first son of Tiffany Rivers and Philip Rivers in 2009.

Peter Rivers born as the youngest son Tiffany Rivers and Philip Rivers in 2011.

Rebecca Rivers was born in 2013 to her parents Tiffany Rivers and Philip Rivers in 2013.