Oliver Hudson is an American actor known for his role as Adam Rhodes in the CBS comedy series Rules of Engagement.

Born into a family of actors, Oliver Hudson is a talented American actor who is blessed with a decent career and a happy marriage. Hudson is leading a longtime family life with wife Erinn Bartlett along with three lovely children.

Rules of Engagement star knows it all when it comes to making Erinn feel special in every way possible. For details, keep reading the article.

Oliver Hudson and Erinn Bartlett are together for a long time now. After four years of dating, the couple got engaged on 21 February 2004. Hudson proposed Bartlett with a 3-carat diamond set in a platinum band.

The couple tied the knot on 9 June 2006 in Cabo San Lucas, Mexico with the presence of family and friends. Their wedding ceremony was one of a kind in Hollywood as the ritual was officiated by a Buddhist monk. 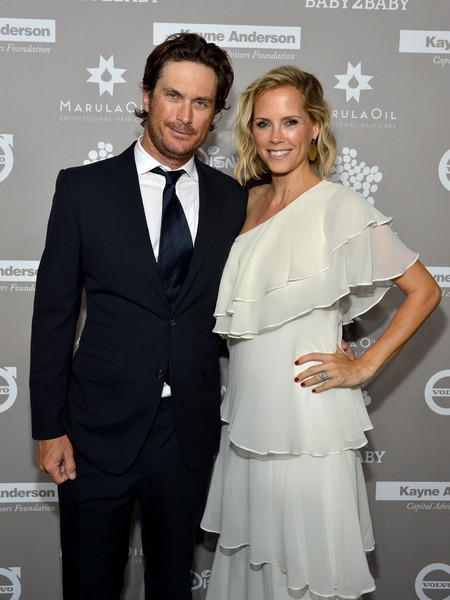 Hudson knows how to make his wife's day special. He is very romantic husband to wife Bartlett as he knows how to celebrate every day with his lady love. The actor never fails to shower Bartlett with love on every special occasion with the sweet messages on the wall of Instagram.

Imagine how romantic he might be in daily life. We can say that love and romance are the keys to their 12 years long delightful married life.

Babe.. I feel so lucky to be able to summit your giant mountains.. cautiously descending into the lush valley below.. bush whacking my way to a narrow path as I sip from your rushing stream giving me life and the fortitude to keep pushing and pushing and pumping until I reach the end letting out a primal scream of completion!! WHAT A HIKE!!!!! Happy Valentine's Day my baby girl.. I love you! #rideordie

Hudson and Barlett are parents of three beautiful children. The couple welcomed their first son Wilder Brooks Hudson on 23 August 2007. Later, the duo was blessed with another adorable son Bodhi Hawn Hudson on 19 March 2010. Finally, their family became perfect when their daughter Rio Laura Hudson came to their life in July 2013.

Happy Mother’s Day to my beautiful New Englander.. Thank you Nana and Grampy for getting drunk in May of ‘72 and in the Plymouth station wagon creating the mother a family could only dream of.. I love you poop! #414

Hudson is very proud of his babies' mom Erin Bartlett. He respects his wife for the love and supports she has spread so far.

Hudson and Bartlett are one of the blessed couples of Hollywood to cherish a happy married life with no extramarital affairs. They are one loyal and a totally committed couple of the entertainment industry who inspire others through their 12-years-long happy marriage. They are a total couple goal.

Previously, Hudson was in a romantic relationship with American actress and model Vinessa Shaw. They met in 1998 and immediately hit it off. Their relationship was confirmed after the duo spotted enjoying one another company several times in public. 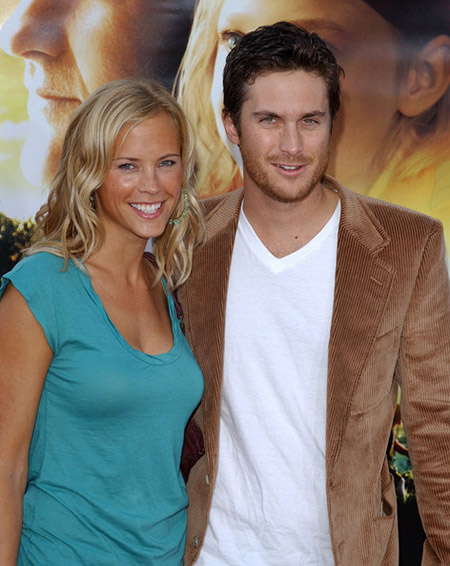 Hudson and Shaw dated for almost three years before parting ways in 2001 after three years of togetherness. The reason behind their split is still a mystery. Probably it was for the good of both of the duo as now, the couple is happily in a relationship with their respected partners.

Except this, there is no past relationship of the actor Hudson. He is one gentleman of Hollywood who is a total family-oriented despite his demanding showbusiness job. Hudson managed a healthy balance between his professional and personal life which is a tough job.

At present, the actor is busy with an American sitcom series Splitting Up Together on ABC. From his acting career, the talented actor won Teen Choice Awards for Choice Movie Actor: Comedy in 2001 for the movie Going Greek. 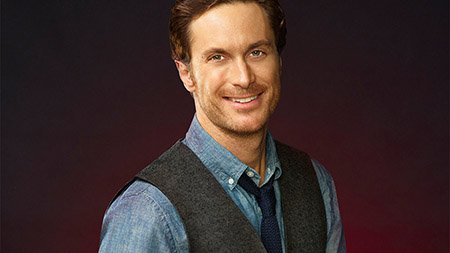