Starlin Wright and Sage Stallone Dating Since 2007, Know About Their Relationship Status 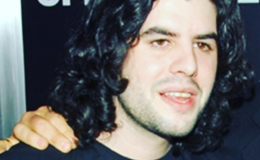 Sage Stallone was an actor, film director, and producer from the United States. Stallone is also a co-founder of Grindhouse Releasing.

Sage Stallone was an actor, film director, and producer from the United States. The 5'10'' tall actor is also a co-founder of Grindhouse Releasing.

Starlin Wright And Sage Stallone Have Been Dating Since 2007

Sage Stallone and his wife, Starlin Wright, dated for a while before they exchanged their wedding vows in 2007. But their marriage didn't last long because it ended with an annulment ten months later, supposedly for volatile relations. Despite this, the exes appear to have remained on amicable terms with one another. 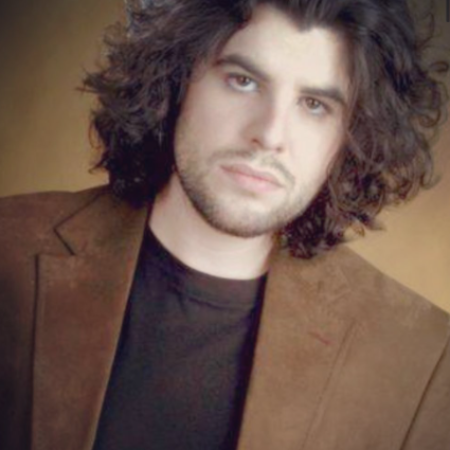 Starlin Wright and Sage Stallone dated for a while before they exchanged their wedding vows in 2007. SOURCE: Instagram 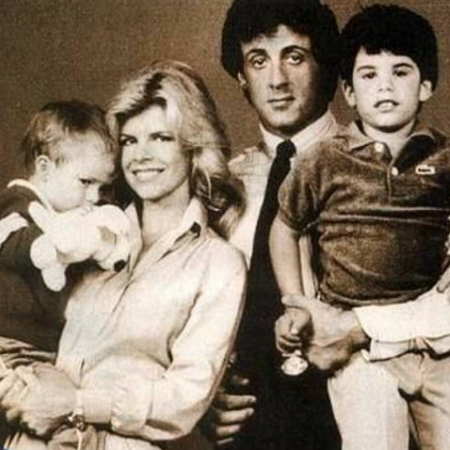 On May 5, 1976, Sage Stallone was born in California, United States. SOURCE: Instagram

In 1993, Stallone received his diploma from Montclair College Preparatory School, located in Van Nuys, California. After that, Sage attended the University of North Carolina School of the Arts for one year to study filmmaking.

Jackie, Stallone's grandmother, was the driving force behind the creation of the Gorgeous Ladies of Wrestling series, which young Sage appeared in as a child.

Stallone made his acting debut alongside his father, Sylvester, in the 1990 film Rocky V, the fifth edition of the Rocky franchise. In this film, Stallone played Robert Balboa Jr., the onscreen son of his father's titular character in the movie. In the film Daylight, he also appeared with his father in 1996.

Grindhouse Releasing is a company based in Los Angeles established in 1996 by Stallone and film editor Bob Murawski. The company is committed to restoring and preserving exploitation films such as Cannibal Holocaust and Gone with the Pope.

Because Sage was working on his picture, Vic, for which he made his directing debut, he could not reprise his part as Rocky in the 2006 film Rocky Balboa. This was because he was working. The film he directed, scripted, and produced, took home the award for Best New Filmmaker at the Boston Film Festival in 2006.

Stallone's most recent work was in the films Promises Written in Water and The Agent, directed by Vincent Gallo, in which he also appeared. At the 2010 Venice Film Festival and the Toronto International Film Festival, both of these movies were presented as part of the festival's main competition.

In the 2015 film Creed, there is a scene in which Sage's character, Robert Balboa Jr., explains that he has relocated to Vancouver since he was a toddler and includes an image of himself as a little child standing next to his father.

There Are Many Unanswered Questions Regarding Sage Stallone's Death

As per SMH, it was reported that Sage Stallone may have committed suicide or that he may have accidentally overdosed on drugs, as his body was discovered dead on Friday at his home in Hollywood. His housekeeper found him after he'd been dead for up to a week before she did so. 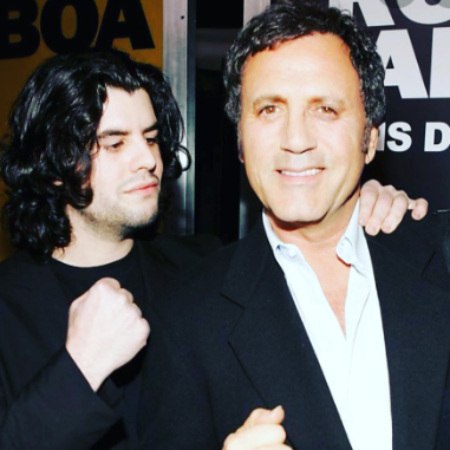 It was reported that Sage Stallone may have committed suicide or that he may have accidentally overdosed on drugs. SOURCE: Instagram

A possible connection has been made between depression and prescription medicines. According to Ed Winter of the LA Coroner's office, there were no indications of foul play or trauma, nor was a suicide note found.

The autopsy on Stallone has been concluded, and now comes the agonizingly long wait for the toxicology tests; a comprehensive examination is anticipated to take around two months to complete. Now that the actor's death has been announced, all eyes, and rumor mills, turn to the actor's personal life to determine what may have caused a man who appeared to have everything to pass away at such a young age.

Stallone, who had 13 movie credits to his name, was rumored to have been "out of it" and living in a state of semi-squalor in the months following his passing away. According to TMZ, a photoshoot that took place in May at Sage's residence was a tense affair. Robert Rhine, the editor-in-chief of Girls and Corpses magazine, a comedic horror publication, allegedly said that Sage was on something during the shooting.

Rhine said to the website that he waited for the door to be answered for forty-five minutes and that the actor was slurring his words and stumbling.

Rhine continued by saying, consistent with recent revelations about the actor and filmmaker's lifestyle, "The assertions of those in his immediate vicinity, which there were no warnings, are cause for concern. I noticed the hints that were given. When everybody from the shoot got the news, not a single one of us was taken aback by it."

One source told the outlet that Sage "lived like Howard Hughes" in a "disgusting property." The source provided this information. His room was messy, with empty beer and soda cans, food wrappers, and cigarette ashtrays.

Reportedly, Stallone was engaged at the time of his death. The funeral for Stallone took place on July 21 at the Saint Martin of Tours Catholic Church in Los Angeles. The Westwood Village Memorial Park Cemetery is the location of his interment.