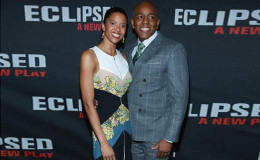 Renee Elise Goldsberry is living a happy married life with her husband Alexis Johnson and two kids. The couple who tied the knot in 2002 has every reason to celebrate their amazing bonding.

Renee Elise Goldsberry dons an impressive career which any actress could be of. Performing on stage to movies and from TV to music composition, the diva received every opportunity to shine brightly in her career. Giving her best in Broadway's biggest hits Hamilton, she achieved wide acclamation for her singing talents.

Besides being an accomplished actress and singer, she's equally a dedicated mother and a loving wife. Let's know more about her married life with Alexis Johnson and more.

What Renee Elise Goldsberry, Alexis Johnson's wife Up To Now?

News revealed, the Sheldon Concert's 2020 Gala with Renee Elise Goldsberry on March 28 is canceled and other shows have been postponed in the wake of Coronavirus outbreak.

The decision was made in cooperation with local efforts to contain as well as restrict the spread of COVID-19. As this is a challenging decision to make, Sheldon's top priority is to secure the well-being and safety of the patrons, artists, and staff.

Time and Time again, we encounter many marriages ending up with a divorce within some years. We feel very happy to see some people who still do their best to maintain their relationship in the best way possible.

Everyone wishes to meet and be with the person who supports, loves and cares about them beyond every best and extreme of life. 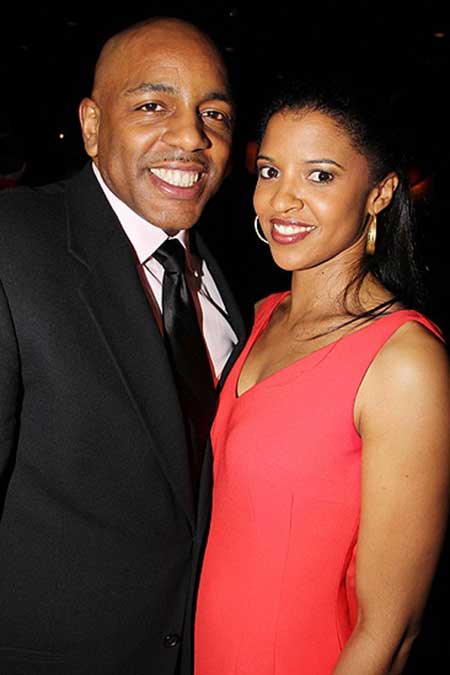 Renee Elise, 47, is married to Alexis Johnson, an attorney. The couple tied the knot on 10th December 2002. During an interview with Resident, she mentioned that she wants to be with a man who will happily bear every kind of ups and downs in her life.

"Most importantly, he’s just very happy for me—he loves the show more than I do, if that’s possible. He’d be supportive anyway, even if he didn’t love it, but it’s helpful that when I come home he’s listening to the demos. He just wants me to be happy and I am happy because he is wonderful."

The couple welcomed their first child, a son Benjamin Johnson in May 2009. Later, the couple adopted a second child Brielle from Africa in 2014. During an interview with People, she explained being a parent of two matters a lot for her.

She's regular on social media. She manages time posting some amazing moments of her family life via Instagram.

A post shared by Renee Elise Goldsberry (@reneeelisegoldsberry) on Nov 7, 2017 at 2:20pm PST

"My greatest wish for my children is that they fulfill their purpose. I know that all children, and in particular mine, are here for a reason."

"My path to motherhood was challenging, to say the least, and I always feel like I’m living a Sliding Doors version of my life."

She said that if it's possible, she would clone herself and could have an equal focus on her work and kids all the time.

A post shared by Renee Elise Goldsberry (@reneeelisegoldsberry) on Dec 9, 2016 at 7:08pm PST

The couple spent more than 15 years of their happy married life. We wish them all the very best in their future endeavors.

Elise started her professional career performing a recurring role on the Fox legal comedy-drama Ally McBeal in 1997. Between 2003-2007, she portrayed the role of attorney Evangeline Williamson on the ABC soap opera One Life to Live.

She was praised with a Soap Opera Digest Award with co-actors Melissa Archer and Michael Easton in 2005 and an NACCP Image Award nomination in the category of Outstanding Actress in a Daytime Drama Series in 2004.

I discovered you can vote early in NYC! I thought our only option was absentee ballot. NOT TRUE! Just discovered I'll be shooting in Vancouver on election day. Never fear! Went down to the board of elections and from the moment I walked through the revolving doors, everyone was smiling and helpful! I tried to show my ID, and they giggled. "We're #NEWYORKERS!," they said. "We trust each other here!" It felt good! And even better when I cast my vote! #earlyvoting Just go down to the #boardofelectionsnyc and #VOTE!

She performed a guest role on some series including Law & Order: Special Victims Unit,  Star Trek: Enterprise, Royal Pains, and Younger, Masters of Sex. Scott Bakula, John Billingsley, Jolene Blalock, and Connor Trinneer are some of the stars who played a lead role in Star Trek: Enterprise.

Here's a report on how the actress struggled in her career and her wish to be a mom:

Some of her recent projects include The Get Down, The Immortal Life of Henrietta Lacks, Altered Carbon, and The Lion Guard.

Besides impressive acting career, she has made a mark in singing and songwriting. She performed more than half of the soundtrack in the 2001 movie All About You.

In 1997, she won the grand prize in the John Lennon Songwriting Contest in 1997 for her rock music. She's also known for recording Everything But the Kitchen Sink and an EP called Beautifully. 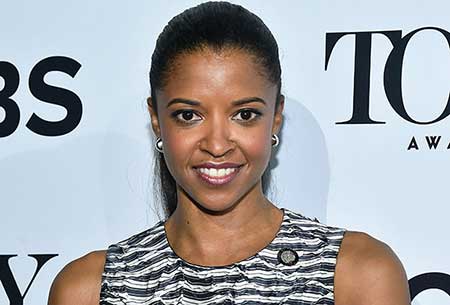