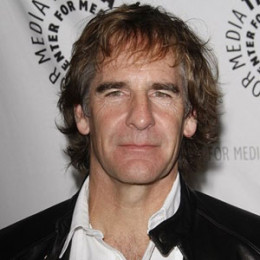 Four times Emmy Awards nominated Scott Bakula, is an American actor better known for his role in science fiction TV series Quantum Leap and Star Trek: Enterprise. He has also received some of the awards and nominations for Quantum Leap including Golden Globe awards in 1992. He is a married man to Chelsea Field though he was previously married to Krista Neumann. Totally, he has altogether four children from his first and second wife.

Born on 9th October 1954, Scott Bakula is a son of Sally and Jj. Stewart Bakula, a lawyer. He grew up in the city of St. Louis, Missouri, U.S. along with his younger brother and younger sister.

He attended Jefferson College, followed by the University of Kansas but dropped out to join the tour of Godspell, a musical band composed by Stephen Schwartz.

In 1976, he moved to New York City, where he got an opportunity to make his Broadway debut playing baseball legend Joe DiMaggio in Marilyn: An American Fable. Later, he moved to Los Angeles with his first wife, Krista Neumann.

After getting recognition from Broadway, he was cast in Walt Disney anthology television series, Walt Disney’s Wonderful World of Color as a Jeffery Wilder in 19986. The same year, he made an appearance in My Sister Sam.

Though he played several TV series, his great performance in the American science-fiction television series Quantum Leap rose his name and fame in the industry. The TV series was created by Donald P. Bellisario. The series has over 97 episodes and 5 seasons.

Moreover, he was nominated for Saturn Awards, People’s Choice Awards for Stark Trek: Enterprise, Behind the Candelabra and NCIS: New Orleans.

Scott married Krista Neumann, actress in the year 1981. The couple is blessed with 2 children daughter Chelsy and son Cody. The husband and wife divorced after a long relationship in 1995.

Later, he married Chelsea Field on 2009, secretly inviting some of the family members and friends. The couple is blessed with two children: Wil and Owen. The couple married after being together for 15 years.

Scott is one of the renowned actors of Hollywood industry. He has successfully collected an estimated net worth of $10 million from his career in acting. His salary is about 120 thousand per episode in the TV series.

Krista Neumann is the first wife of Scott Bakula. They both have shared the screen in the show The Musical Nightclub Confidential. They are blessed with a daughter Chelsy. They adopt their second child Cody. After living a long married relationship, they divorced in 1995.

Chelsea field is the second wife of Scott Bakula, an actress better known for the role Teela in Master of the Universe. They stay in a long love relationship of fifteen years and married in 2009. They were blessed with two children: Wil Botfeld and Owen Barrett. They are strong in a married love life and still together.

Chelsy Bakula is the elder daughter of Scott Bakula and Krista Neumann who was born on 1984. She appeared in the Quantum Leap: Memship Melody episode on 3rd July 1954.

Scott Bakula and Krista Neumann adopted a son Cody Bakula. He was born in 1991.

Wil Botfeld is the elder son of Scott Bakula, who was born on 1995.

Owen Barrett is the second son of Scott Bakula and Chelsea Field, who was born in 1999.