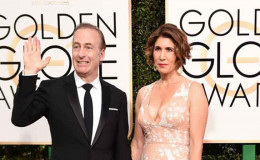 Bob Odenkirk is enjoying a blissful marital relationship of over two decades. Although the duo did not strike a connection immediately, ultimately it felt like they were meant to end up in each other's arms.

Long-term marriages with non-existent rumors of conflict are certainly admirable. When two partners are compatible to such extent, the love cannot get purer than this.

Bob Odenkirk is enjoying a blissful marital relationship of over two decades with his special partner. Although the duo did not strike a connection immediately, ultimately it felt like they were meant to end up in each other's arms.

Bob Odenkirk is married to his wife Naomi Yomtov. The couple tied the knot in 1997.

Naomi first laid eyes on her future husband back in 1994. She was performing comedy at the UnCabaret in West Hollywood, California. 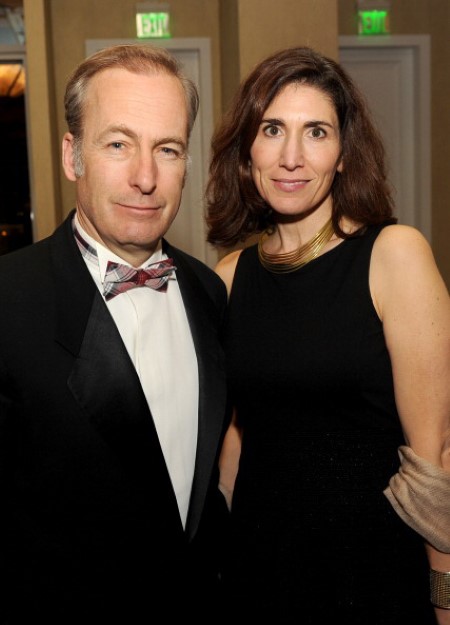 The couple shares two children together. Just a year after embracing each other as life partners, the duo welcomed their first child, a son named Nathan Odenkirk on 3rd December 1998.

A year and a half prior to meeting Bob, Yomtov continuously talked about her crush towards her future husband to anyone that would listen. She admitted this while speaking to Playboy on 13th March 2014. She said:

"People would offer to introduce me to him, but I didn’t want to force it. I would say, ‘No, no, no. A week later I was driving around doing errands, and I thought, That’s the man I’m going to marry. It popped into my head just like that."

"I was disturbed at first. I wasn’t marriage-minded. In fact, I was very career-minded. But I couldn’t ignore this thought. I went home that night and told my roommates, ‘I know which man I’m going to marry. But I’m embarrassed because I don’t actually know him yet."

The couple's first interaction did not go as planned for Naomi. She bumped into Odenkirk while he was with director Bobcat Goldthwait. As she spoke to Goldthwait, apparently Bob just stared at the floor. Yomtov said that's how much he was disinterested in her at the time. 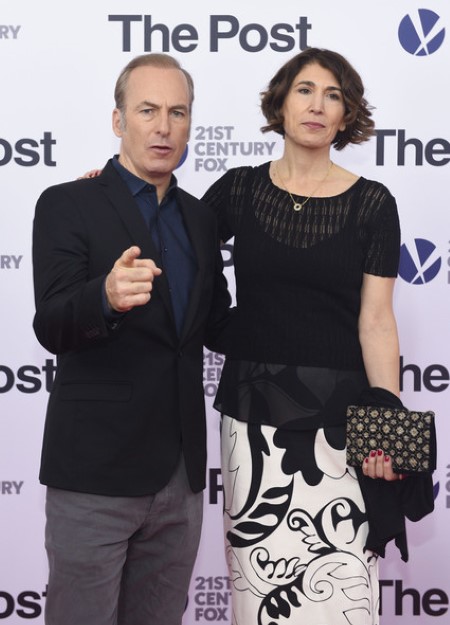 Sometime later, Naomi eventually ended up interacting with the actor. They met outside of a Santa Monica comedy club where the duo hit it off. Odenkirk's spouse said:

"He had no idea who I was, or that I had been to all his shows and that I knew all these other people around him. I don’t know why he finally noticed me. It’s not like I suddenly became his type. I still don’t think I’m his type, but we got along great."

Perhaps the duo was always destined to be together. With two kids who are full grown-ups now, the entire family of four looks adorable together.

Breaking Bad fans can thank Bob Odenkirk's son for convincing him to sign up in the spin-off series Better Call Saul. The actor had initially turned down the job wanting to spend more time with his family. 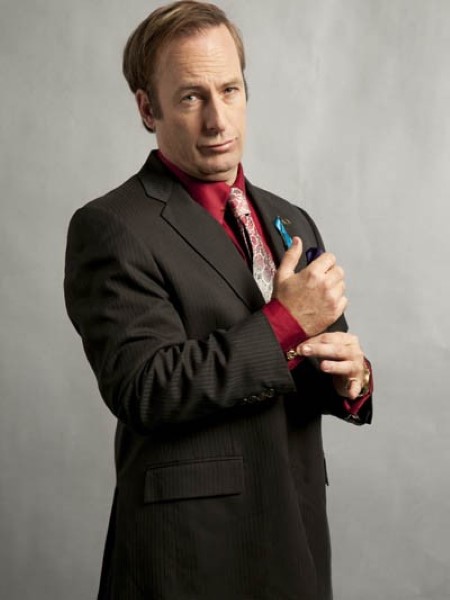 Odenkirk was initially hesitant to head back to the set in Albuquerque, New Mexico. The actor felt he would miss out too much on his kids' teen years.

Bob's son Nathan found out about his decision and encouraged his father to reconsider since all his friends were big fans of the character. Odenkirk revealed:

"Once I said no, my kids heard that, just overhearing it - I never brought it up to them - and my son came to me and he said, 'Dad, I heard you said no to that show.' I go, 'Yeah, we're not ready for it yet', and he goes, 'You're gonna disappoint a lot of people' and I said, 'Well, I'm gonna disappoint a lot of strangers', and he said, 'Well, some of them are my friends.' He said, 'You should do it, we'll be good here. I'll step up', and both he and my daughter have done real well, and it's been a good thing."

Odenkirk's kids ultimately pushed him to accept the role, in particular, his son, who was a crucial factor to make Bob change his mind. 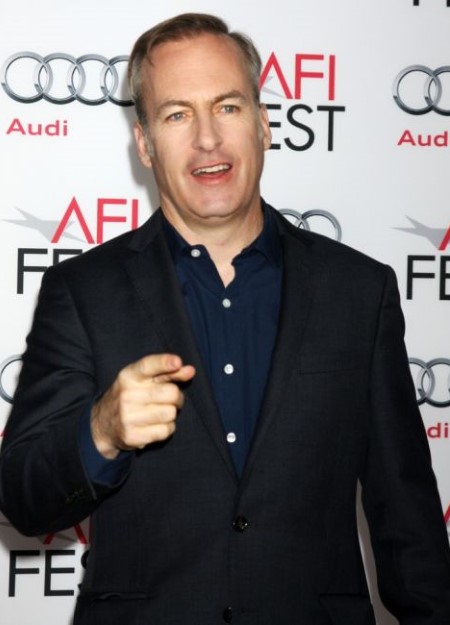