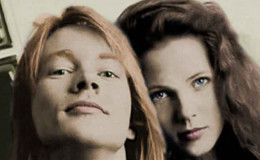 The well-known figure who is the star behind the success of rock band Guns N Roses, Axl Rose is a multi-talented musician and with his exceptional music style, he has kept the group in the spotlight for several years.

Married to his long-term girlfriend Erin Everly, unfortunately, Rose's anger resulted in his split with Erin. Later engaged to a supermodel, unmatching terms again resulted in their split. Is the handsome vocalist dating someone recently? What is he up to?

Well, the fans of GNR fans are eager to know about his personal life. So let's get into his love life here today!!

Married To Long-Time Girlfriend Erin Everly, Anger of Rose Was The Reason Behind Their Split!!

Singer Axl Rose has faced some hard times in his personal life.

The 56-years-old singer has lived up a pretty tragic life when it comes to his love life. He was married to Erin Everly back in days. The former couple met at a party in Los Angles in 1986. 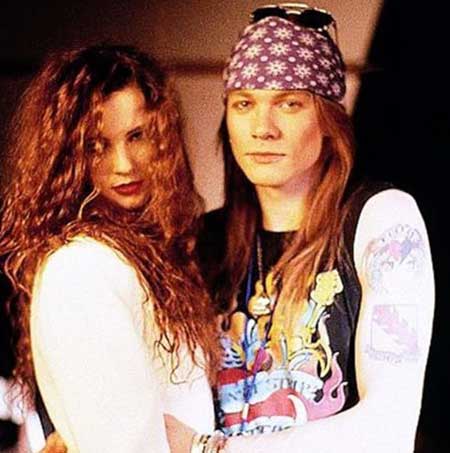 Axl and Erin had a beautiful relationship for 4 years but ended on a bad note
Source: Tumblr

Initially, Everly moved to New York and quickly fell for the ambitious rocker and moved to California to be with him. She said,

“It was the first relationship I had had—I felt like we were two people who didn’t have much but who had found each other. I was looking for someone who wanted to get married, have a bunch of children and a station wagon.”

After dating for a few years, they decided to take a step further in their relationship and tied the knot in 1990. Their relationship was going well at first but sadly Rose was a bit brutal with his wife.

Everly said in an interview that she suffered regular beatings leaving her bruised, bloodied and even unconscious sometimes. She further added, “You never knew what would set him off.” Everly added,

“I was really torn. Here was my best friend trying to protect me. But there was Axl [hiding behind the door]. My fear was bigger than you can imagine. I always believed things would get better. And I felt sorry for him. I thought I could make [his early childhood suffering] all better.”

Rose moved out of the house after such an intense behavior and one night on 27th April 1990, he showed up at the house at 4 a.m. with a gun in the car threatening her that he would kill himself if she did not marry him. 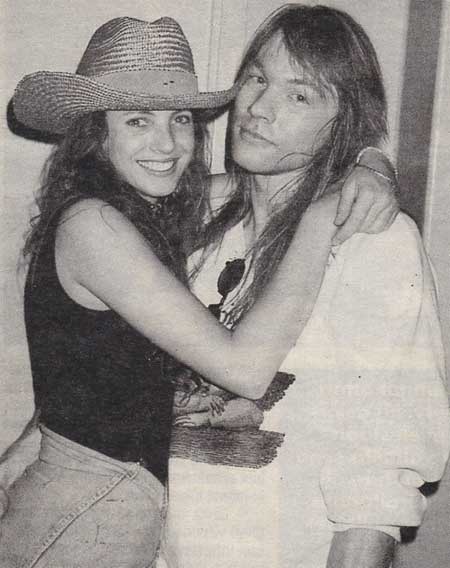 Axl was all brutal to Everly which led to their split
Source: DirectExpose

One of Everly's friend named Heidi Rich-man who is an independent TV producer witnessed Rose hitting his girlfriend at a barbecue house in 1987 in Hollywood Hills. She said,

“He was beating her, pulling her hair. He was like a rabid dog."

In 1990 on a long drive to Las Vegas, Rose had promised that he would never hit her and divorce so they took their vows to at a Cupid Wedding Chapel. A month later after their wedding, Rose threatened her for a divorce and a few months after that, he beat her so badly that she was hospitalized.

After a few months in September, Everly found out that she was pregnant with his child. She said,

"This was all I wanted. I thought it could have been a cure for Axl.”

But well, things turned out pretty worse for Everly as Rose said that he would throw her out of the house and threatening to take the baby. She aborted the baby in her third month and had to sell her Jeep to cover the medical bills. 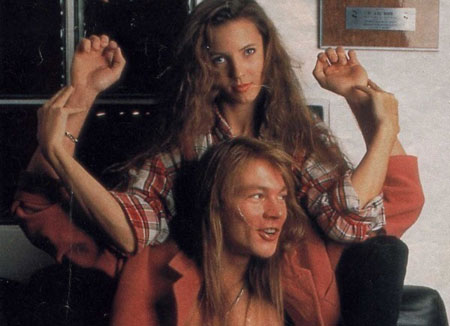 Everly faced a miscarriage on her three-month
Source: Guioteca

She had enough of Rose so she decided to end their relationship. Their marriage was annulled in January 1991. Rose tried to contact Everly for a year after their split and even send her flowers, letters and caged birds.

Everly had received no financial settlement so she camped with friends and family and even sold her wedding ring.

Well, Everly moved on with her life and started dating Donovan Leitch briefly after of her split with Rose. She also dated actor David Arquette in 1993 but did not last long enough.

Got Engaged For A Few Months With Supermodel, Axl Rose's Relationship After His First Marriage!

The Guns N' Roses vocalist was not single for too long. He started dating supermodel Stephanie Seymour in the same year of his separation with Erin.

The former couple dated for a few years and got engaged in 1993. She also appeared in the music video of 'Don't Cry' and 'November Rain'. Their relationship was going pretty well for a few months but got to a point where the model was tired of his behavior. 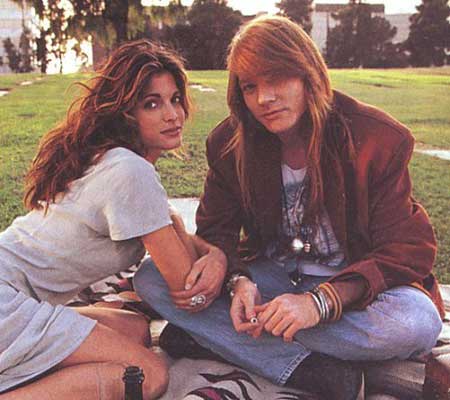 Rose was a little too attached to Seymour's young son named Dylan Seymour and tried to be a good father to him as he never had any child before.

The couple split in the same year of their engagement and a nasty lawsuit ensued between the couple with both of them accusing each other of transgressions. Rose had sued her claiming that she assaulted him but Seymor's claim was he attacked her and she grabbed him in self-defense.

There have been no any details about his relationships with anyone after his split with the model. 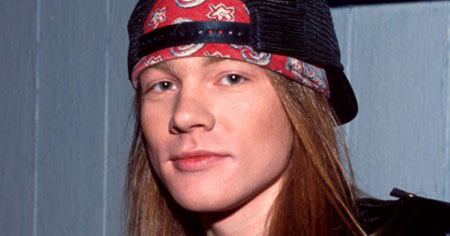