18 Years YouTuber Tanner Fox Was In A Relationship With Taylor Alesia, Now Dating A New Girlfriend? 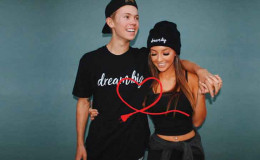 These days you often see Youtube personalities sharing their daily life adventures with the world. The video-sharing platform has given birth to rising stars who can showcase their talent at their own convenience. This also helps fans know more about their private lives thanks to these platforms.

Tanner Fox enjoyed a beautiful relationship with his former girlfriend which was there for the world to see thanks to Youtube. After his break up, fans are wondering if this social media star has found a new girlfriend.

lake day with my boo

They post several pictures on their social media which shows their great bonding. Tanner first met Avalon in January of 2019 in Australia; Nadfalusi later visited him in America in March of the same year.

Furthermore, the lovebirds have officially been dating for more than four months now. Fox remained mysterious for a while cause he wanted to be exclusive. Hence the proposed her in June on her birthday and asked if she could be his girlfriend.

Likewise, the pair admits they never fought or complained of anything in those months despite being in a distant relationship. Nadfalusi fell for him as he is very genuine and caring.

Tanner Fox stayed single for few months unless he found love in his life. Since his split from his former girlfriend Taylor Alesia, he hasn't been in any confirmed relationship till mid-2019. 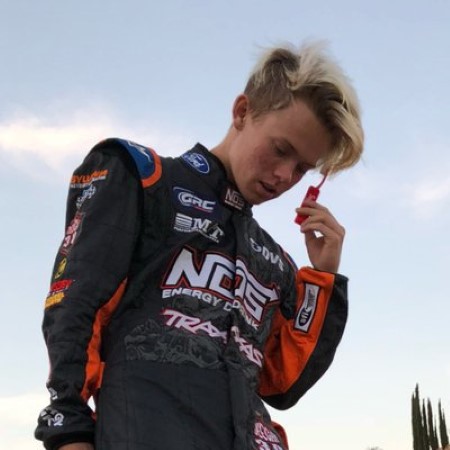 Tanner Fox appears to be single.

However, on 1st August 2018, Tanner uploaded a picture on Instagram getting rather cozy with a lady who goes by the name Jordyn Jones.

There is not enough evidence to suggest they're dating, but this certainly made fans wonder about the possibility they could be.

Briefly going through Jordyn's Instagram, it seems unlikely she is Fox's new girlfriend. She appears to be friends with lots of guys. Therefore, Tanner could just be one of them.

Don't miss the video that follows below:

Tanner first introduced Taylor to his fans on 3rd April 2017 through his channel on Youtube. He uploaded a video titled 'MY GIRLFRIEND'S FIRST TIME! (MEET MY GIRLFRIEND)'.

Ever since her first appearance, Alesia began featuring regularly in Tanner's videos. In fact, the fans had already suspected the two were dating long before the official announcement since she was in the background of many of his videos.

As a pair, the two of them made numerous videos together, most notably 'MEET OUR SON', and 'GIRLFRIEND WRAPPED MY GTR HOT PINK!** ANGRY'.

You can watch the video below:

The couple was living a delightful life together. Both appeared to make a good income from their respective careers. Moreover, they loved spending some quality time together.

In early 2018, the lovebirds went to Hawaii and they left no shortage of effort to display their affection towards each other on social media.

Moreover, in February 2018, Tanner uploaded a video where the couple went house hunting and found a dream house for them.

Furthermore, on 13th February 2018, Taylor took to Twitter to reveal the delight at her boyfriend gifting her a dream car.

Happiest day of my ENTIRE life.. my boyfriend surprised me with my absolute dream car. This isn’t happening  thank you so much baby!!!!! pic.twitter.com/etPNLSU5Dx

There were even rumors that Alesia was pregnant but it later turned out the pair were fooling their fans with the fake pregnancy-related tweets.

Later it turned out they were talking about getting a dog.

However, on 5th May 2018, Tanner revealed the couple split through a video on his Youtube channel. Despite so many cherishable memories, they were not meant to be.

Here's Alesia revealing her break up with Fox:

Fox admitted it was incredibly tough for him to record this video because of the obvious overwhelming emotion he was carrying at the time.

The description of the video read:

'It breaks my heart to have to tell you all the news, but its what is right for the both of us. i love you all. more updates tomorrow'

'Taylor and I are no longer in a relationship, but we're still friends.'

The Youtuber added they parted ways after a mutual understanding and they don't hold grudges towards each other. They ended on good terms and it's supposedly a 'new chapter' in both of their lives.

You can watch the video below:

Although this was Tanner's first relationship, Taylor had a few experiences in the past. She uploads videos of her own on Youtube and in one of such videos she mentioned dating a guy in Junior school.

Moreover, Alesia was also rumored to have an affair with Taylor Canniff and Mikey Barone before she had met Tanner.

Some Interesting Facts of Tanner Fox 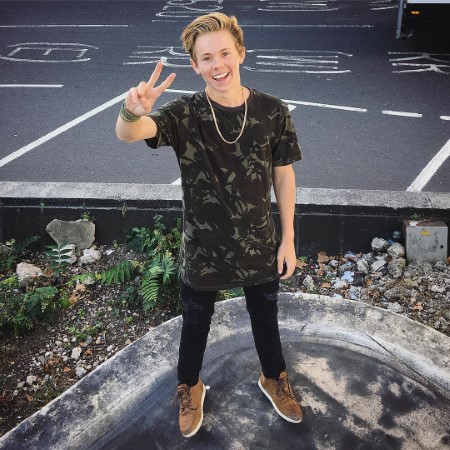 For more updates stay on marriedwiki.com.