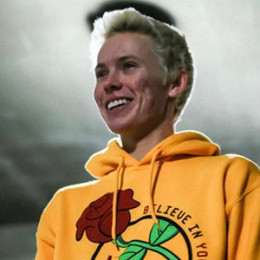 Professional stunt scooter rider and YouTube star, Tanner Fox is immensely popular among audiences, especially among youths. He came to prominence as a competitive stunt scooter rider in 2010. After a year, he started his eponymous YouTube channel, Tanner Fox where he uploads logs, travel, and local adventures around southern California with his friends. As of 2018, his channel has more than 8.5 million+ subscribers along with 1.6 billion views.

Tanner Fox remained single for few months until he found the love of her life. The 19-year-old YouTube sensation is in a lovey-dovey relationship with a new girl following his split with ex-partner, Taylor Alesia.

Who Is Tanner Fox's New Girlfriend?

Even more, they both agreed it was appropriate too certainly sit down and film a youtube video together and present her in front of the media. He says it's a huge deal for either of the parties.

Tanner first met her in January of 2019 in Australia, Avalon later visited him in America in March. They've officially been dating for over four months. Tanner wanted to be exclusive thus he asked if she would be his girlfriend in June on her birthday.

Despite staying in a long-distance relationship, they never fought nor complained of anything. The reason behind Avalon fell for Tanner is that he is very genuine.

Previously, he dated Taylor Alesia. The duo started dating in early 2017 after getting spotted kissing in Dinsey Land. They knew one another for six months.

In April, Fox introduced Alesia as his girlfriends to his fans. However, the couple failed to handle their love life and ended their year-long relationship on good terms at the beginning of 2018. 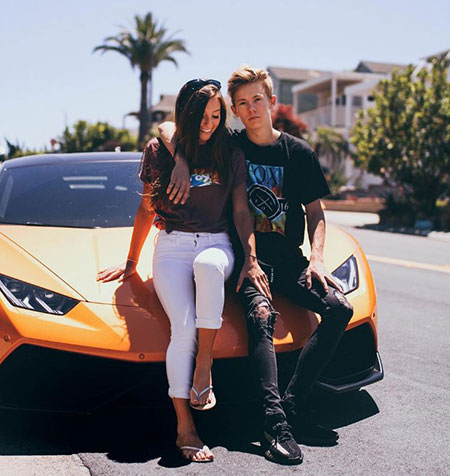 Fox has 4 million+ followers on his Instagram. He is an avid dog lover and has a dog named Kirby. He loves spending time with his friends and family in San Diego during his leisure time.

What Is Tanner Fox's Net Worth?

The teen sensation, Tanner Fox succeeded to earn a good amount from his career. He has an estimated net worth of $3 million.

Tanner Fox started skateboarding since the age of 2 but he rose to fame as a stunt scooter rider during the 2010s. Later, he created his YouTube channel which soon reached a million subscribers. By 2016, his channel became the fastest growing channel on YouTube.

His content includes vlogs, travel and local adventures around southern California. He also made several videos in collaboration with other YouTube stars including with Roman Atwood, Jake Angeles, Casey Neistat and others.

Tanner Fox was born on December 22, 1999, in San Diego, California, US. He has a sister named Lindsay Fox. He attended a private Catholic school but got restricted at the age of 11 after he was found filming in class and uploaded it on his YouTube channel.