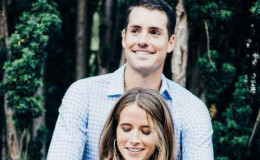 Everyone is out to make a name for themselves and rightly so as we all have certain dreams and passion that we follow but along the way, we all seem to lose our way and forget what really matters the most in this world, Love.

In the journey of fame, few lucky ones find someone that makes them realize what is really important and rather support them in achieving their dreams and one of them is John Isner who has truly found love.

John Isner is Married to Wife Madison McKinley for a Year

American tennis player John Robert Isner, aka John Isner, is married to his long-time girlfriend Madison McKinley, a jewelry designer. The couple started dating back in 2011 and since then they have had a rock-solid relationship without any controversies and separation rumors.

After dating for quite some time, John proposed to Madison in June and just six months later the two tied the knot December 4, 2017. It was a good weekend for John as his alma mater, the University of Georgia Bulldogs, won the SEC Championship and he also got married to Madison in a country themed wedding in South Carolina.

The wedding took place in Montage Palmetto Bluff, South Carolina and plenty of past and present American players joined the happy couple to celebrate their union. Madison posted pictures of their wedding on her Instagram mentioning her joy after her marriage.

Fact: My name is MRS. ISNER! My heart is overflowing with love and joy from this weekend! Thank you so much for all of our friends and family that made this the best weekend of my life! I have a HUSBAND! 12.02.2017ALL MY LOVE!#madaboutisner

John Isner also joined the pantheon of tennis dads on December 4th of this year, when Madison gave birth to their first daughter, Hunter Grace.

Madison revealed the news about the newborn in her Instagram with a pic of the whole family.

Hunter Grace Isner your first breath took mine away. Welcome to this great big world baby girl! @johnrisner and I love you to the moon and back! Praise the Lord for this incredible gift!

The family of three are quite happy and married life seems to agree with John as he has had a great year after tying the knot in holy matrimony to Madison. The smile on his face seems to be getting brighter as each day passes in his life.

John Isner Past Affairs and Relationship With Wife Madison Mckinley

John Isner is a handsome athletic guy and it would be somewhat false to say that he has never had any past affairs but he has been able to successfully keep the details about his past relationships on the down low and hidden from the limelight of his fame.

It isn't much known about his other lovers other than his current wife Madison McKinley Isner as the couple has been to together for so long that it's rather hard to imagine them without each other.

The couple is a perfect fit for each other and they clearly complete each other as apart from being a partner, McKinley also seems to be the biggest fan of John. She supports him and cheers him up when he is playing and he definitely feels the love and support too as he admitted that his wife changed the way he handled his life before.

In a press conference at Washington's Citi Open, Isner spoke about how private life made him change.

The things that John admit is also seen by others as his performance has had a really good boost after his marriage. In April earlier this year, Isner won his first Masters 1000 title ever beating the German Alexander Zverev in the Miami Open final and also made his first Grand Slam semifinal at Wimbledon and claimed his fifth Atlanta crown.

Dont miss: Who Is Antonietta Collins Married To? Know In Detail About Her Current Affairs And Relationship

Whether it is lady luck or just pure coincidence, it's hard to discard the changes seen on John after getting married to Madison and having a baby girl. We only hope to see these good changes further into his life and the family of the trio gets blessed with all the happiness in the world. 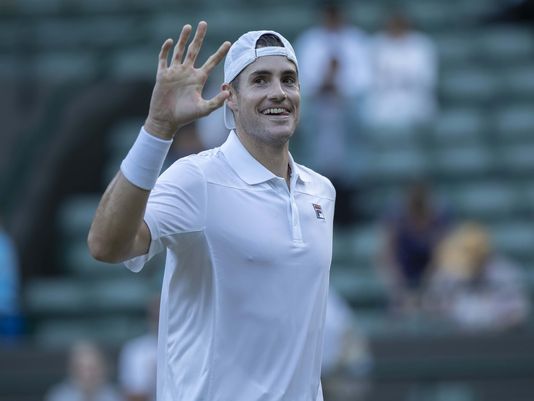