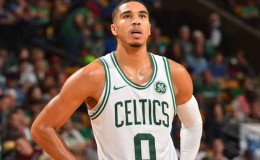 Jayson Tatum is a young NBA player. He is 20 years old and has a baby. He is currently in a relationship with Toriah Lachell

Most of the players in NBA make headlines when they score points for their team. Jayson Tatum, however, makes headlines when he scores points as well as due to his relationship.

The Boston Celtics forward is yet to make his big mark like Michael Jordan in NBA but it looks pretty clear that he is making big marks in his parental life. To know more about Tatum's personal life and related-stuff, read further below:

In case you're wondering, Jayson Tatum isn't a married person. He has dated quite a few girls till now though. The on and off relationship with Toriah Lachell seems to have finally settled down. Jayson and Toriah started dating since their high school. 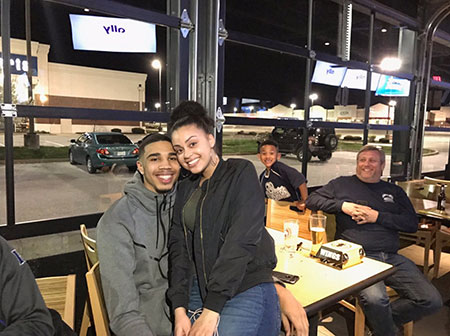 The couple from the same place, St. Louis, Missouri, went on to stay in the relationship for quite a long time. In 2015, following Jayson's match, Toriah helped him to feel unoccupied after he signed lots of autographs for his fans. Possibly due to long distance, however, the couple got split-up sometime during 2017.

There is a rumor that he left Lachell during her pregnancy to date Samie Amos.

When Tatum was 17, his dad- Justin Tatum- jokingly said that he wanted Toriah and Jayson to babysit his daughter, Kayden, "to see what he and his girlfriend better not have."

As of now, Toriah Lachell works as a professional hair stylist. She constantly promotes her work on her Instagram.

Born on December 6, 2017, Jayson Tatum Jr. aka Deuce was successful in bringing his mom and dad together. There is a claim put by CelticsTea, via BroBible, that following Deuce's birth, Toriah moved to Boston in January 2018. On December 6, Tatum shared a story (picture) of his son celebrating his first birthday. 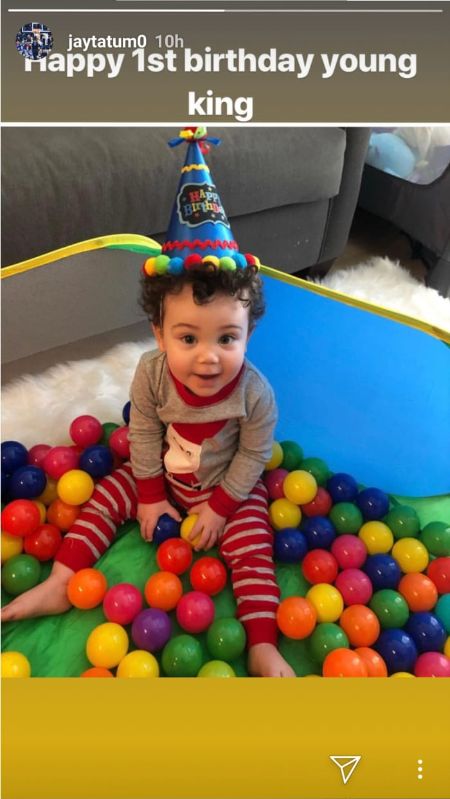 Many of his fans and media speculated his son as the reason they'll come together which ultimately happened. The couple seems to be living happily now but they haven't married yet.

Jayson Tatum previously dated another girl, Samie Amos, during the mid-time of Jayson's break up and patch up with Lachell. The professional NBA player dated a professional Volleyball player attending the same university as Tatum's, Duke University.

Both players come from different places and it's more than likely that they didn't know each other previously. It is pretty obvious that they started dating and attending their college in 2016. 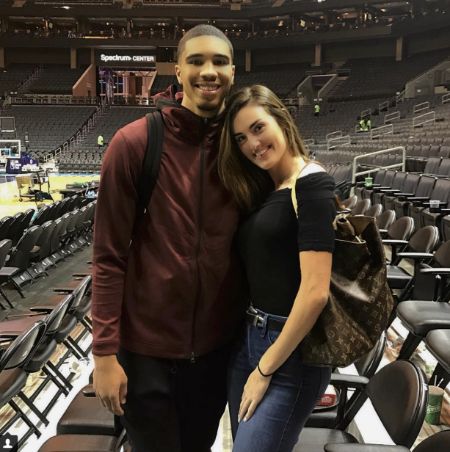 According to rumors, they started dating somewhere in 2017. The couple did stuff like commenting on each others' post. There isn't much information on how they started their relationship at the very first time, however, it can be guessed that they shared more things in common as both of them play varsity sports and attended the same college.

The previous relationship of him with Lachell caused a storm to Amos' relationship with Tatum. After Lachell gave birth to his daughter, Tatum cared nothing but to care for his child. Tatum ditched Amos for Lachell and his baby after the birth of Deuce.

The good-looking Volleyball player took to the Instagram story to write this:

"You think you "played" me BUT, who ended up losing? I mean what did I lose? A boy that didn't appreciate what I did for him? What did you let go? A girl that would go out her way just to please you and someone that rode with you through thick and thin. A girl who loved you regardless of your flaws(trust me there was a lot). You can easily be replaced, but a girl like me? Good luck finding a girl who put up with you like I did. Sorry, you played your damn self." @jaytatum0

She posted this on December 6, the same date as Deuce's birthday. It pretty much confirms that she felt like she was playing and wanted him more than anything. 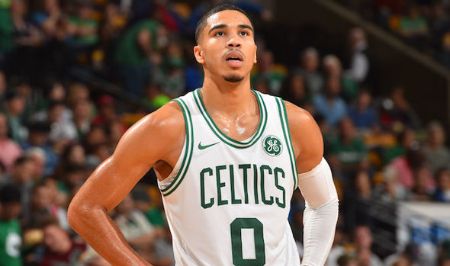