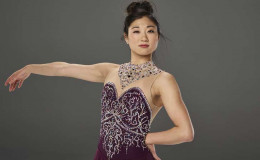 Mirai Nagasu is a rising personality in Athletics, most renowned for being the first American female skater to perform a triple axel at the Olympics, who has a happy relationship with Darian Weiss.

The three-time Four Continents medalist, Mirai Nagasu, is a well-known personality in the athletics world. Most famous for being the first American female figure skater in history to perform a triple axel at the Olympics, Nagasu has an intriguing personal life along with her professional life. Love is sometimes fun, sometimes depressing. Luckily for Nagasu, it seems the former.

The rising sports star is currently dating boyfriend Darian Weiss. There's no doubt Mirai Nagasu is fortunate to find a boyfriend like Darian Weiss who seems to be totally engrossed in uplifting his girlfriend's career in every path along the way. Here's everything you need to know about Nagasu's relationship with Weiss.

Nagasu's family and friends are no doubt supportive of her, but there's one another person in her life who she claims has been extremely motivating for her success. No relationship is always rainbows and sunshine and if one cannot accept their partner's flaws, it is obviously bound to fail. There is no doubt Nagasu is one lucky girl. 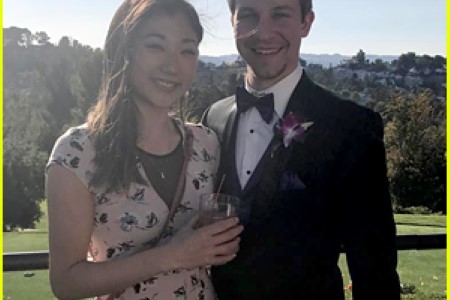 Speaking to US Weekly last year, Nagasu claimed 'He (Darren) handles my insanity very well'. The couple has been together for more than three years. The couple's personal life can be explored on Instagram where they seem to be uploading cute pictures while Darren continues to be an encouraging presence in her life.

Well, my queen is 3 weeks away from going to her 2nd Winter Olympic Games and I couldn’t be more proud of her. She’s been working her ass off over the past few years to achieve her dream again. It truly has been an honor and a privilege to be by her side through this journey and I’m really excited for what is to come. Long live the queen. #roadtopyeongchang #olympics #mirainagasu

There are no specific details as to how the couple met but they sure do carry great chemistry. The 25-year-old athlete isn't always competing and whenever she is home, the couple finds time to spend together. She even joked about always being on skating clothes, even on date nights.

White for the lady and red for the gentleman. (I'm always in my skating clothes) #datenight #justcompeted #lululemon #alwaystraining

A couple who treat each other like besties is usually bound for a long haul. They are most understanding of each other's lovable attributes as well as flaws.

They appear to be relationship goals. On June 22, 2017, she tweeted 'Couples who volunteer together stay together'.

Couples who volunteer together stay together pic.twitter.com/Q9GXSYlsDZ

Her boyfriend, Darren, is no stranger to spotlight either. Just like his girlfriend, he has competed in figure skating and ice dancing. Moreover, he has also appeared in TV shows like Mad Men, Days of Our Lives, Good Luck Charlie, Numb3s, Without a Trace, and many more.

Mirai Nagasu is a decorated national and international figure skater. From early on, she had an interest in skating and she learned to skate at the mere age of 5. She went on to make her international debut in the 2008-09 season. 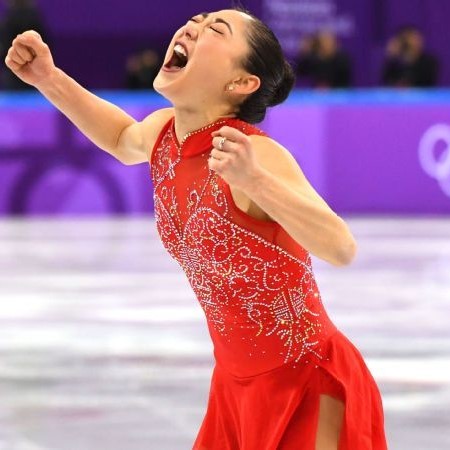 Nagasu graduated from Foothills Middle School in Spring 2007 and admitted to a high school named Arcadia in the fall of 2007. Around 2015, she enrolled at the University of Colorado Colorado Springs and grabbed courses in the business field. Even though she has an impressive academic qualification, she was always destined to have a career in athletics.

Nagasu showed her potential at an early age when she competed at the 2010 Winter Olympics in Vancouver and finished 4th in the ladies event. She was just 16 at that time. Her skating career took off when she entered the World Junior Championships in 2007 and 2008 winning silver and bronze medals respectively.

She then took the initiative with her early success and took part in the Four Continent Championships winning seventh and tenth place overall in 2010 and 2016 respectively. In April 2018, it was announced that Nagasu would be a contestant on the upcoming Dancing with the Stars: Athletes. 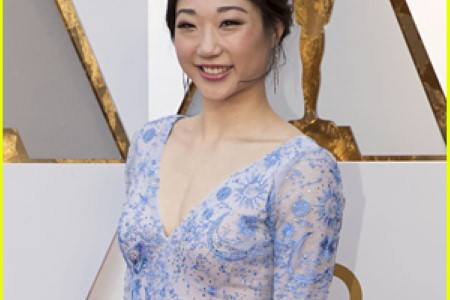