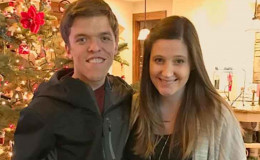 Luckily for Zachary Roloff, he couldn't be more fortunate to end up with an amazing woman who loves him for the person he is and how he carries himself.

When the love is completely pure, it's more than just how a person looks that is appealing. There is a special connection that makes each other appreciate and feel affectionate towards one another for who they truly are deep inside.

Such love may not be as common as one might wish for, but when it does happen, it cannot get more beautiful than that. Luckily for Zachary Roloff, he couldn't be more fortunate to end up with an amazing woman who loves him for the person he is and how he carries himself.

Zachary Roloff is married to his longtime girlfriend Tori Patton. The couple tied the knot in July 2015.

The ceremony was attended by nearly 200 guests. Zach's divorced parents were in attendance who kept their differences aside and arrived together to bless their son on his special day. 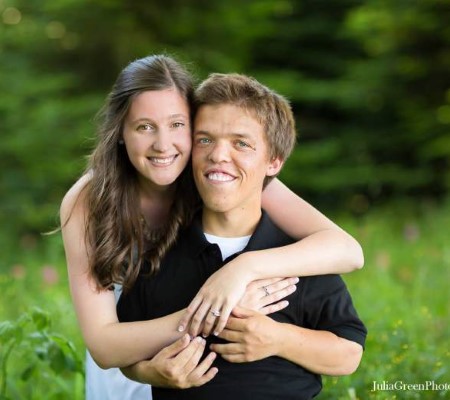 The wedding took place at Roloff's family farm in Portland, Oregon. The entire ceremony was aired on TLC as an episode of their reality series Little People, Big World.

Earlier, Roloff proposed his now-wife in an open field back in 2014. Apparently, Tori was not just Zach's first girlfriend but his first kiss too. Tori wrote on social media:

"Words can not describe how much I love you. Saying I love you sometimes doesn't even seem like it scratches the surface. You are the most amazing man, and I pray that I become the best wife to you, and do all in my power to make you happy. I love you FIANCE!!!"

This adorable duo welcomed their first child together, a son named Jackson Roloff on 12th May 2017. The baby boy was 9 lbs. 1oz and 20.5 inches long at the time of birth.

Jackson Kyle Roloff Born May 12th at 8:00am 9 LBS 1 OZ 20 1/2 inches long Mom and Dad are so in love with you already #ZandTpartyofthree

Meanwhile, the TV personality did not have an easy life growing up. He was born with achalasia (dwarfism) just like his mother. The couple's contrasting height has often been a topic of discussion among people.

Tori fell in love with a man who is just 4 feet 3 inches tall. Although she was a foot taller than him, this never became an issue for Tori as she explained she doesn't love Zach for his looks, but rather his pure heart. She said:

"I don’t love Zach because of how he looks (although he is quite handsome if I do say so myself) but rather what things weigh on his heart."

"It doesn’t matter to me that I’m taller than my husband. Honestly it gives me an excuse to never wear heels. Ever. I can’t imagine my life if I had never given my husband a chance because he was shorter than me. Love people because of their minds. Not their bodies."

The love between the pair is certainly admirable. It remains to be seen when this adorable couple decides to expand their family with further bundles of joy.

Zach And Tori Openly Talked About Their Son - Is The Baby A Dwarf?

After Zach and Tori welcomed their child, both the parents, as well as their fans, wondered whether or not the newborn was a dwarf. The celebrity duo openly talked about their son recently.

“We knew we were leaving our previous life behind, but we were okay with that. We’re not doing things on our schedule anymore. We’re on Jackson time!”

My heart is so unbearably full. I've only spent 4 days with this little guy and I have fallen In love completely with him. This is what I was meant to do. Mommy loves you, Jackson!  #BabyJK #zandtpartyofthree

Tori is apparently nursing the baby 11 times a day. She also revealed the new parents only get four hours sleep each night. Tori said:

"I’ve learned I can exist on no sleep. Zach is having a bit of a harder time with that."

Meanwhile, Zach revealed there's nothing he wouldn't do for his son who was born with achondroplasia - the most common form of dwarfism just like him. Talking about his child, Roloff said:

"You have to encourage a dwarf child a little more because it will take them five steps to do what others can do in two. But I knew, dwarf or not, I was going to parent my child with the mentality that not everyone gets a trophy. You have to earn it."

Furthermore, the couple talked about some aims and goals for the future of their kid. Tori said she just prays that he's caring and thoughtful like his father. Above all, she wants him to be a good person.

Likewise, Zach added whatever he wants to do with his life, the parents will do their best to find a way to help him do it. The TV star claimed that's their job in life now. 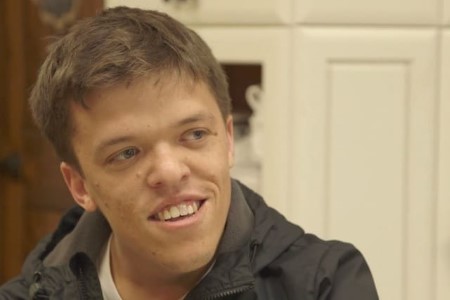