Home Article 30 Years Mixed Lesbian Martial Artist Amanda Nunes Is In A Relationship with Girlfriend Nina Ansaroff; Planning To Get Married Soon And Have Children

30 Years Mixed Lesbian Martial Artist Amanda Nunes Is In A Relationship with Girlfriend Nina Ansaroff; Planning To Get Married Soon And Have Children 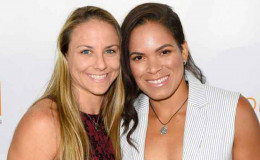 Amanda Nunes and Nina Ansaroff, the openly gay UFC couple are displaying how beautiful life can be when they don't need to carry the burden of hiding their genuine orientation.

Even in today's day and age, being homosexual is still perceived in a negative light to some extent. It takes immense courage to come out as gay. However, the bravery often proves to be worth it, as sooner or later they get accepted as regular people and live a normal life.

Amanda Nunes and Nina Ansaroff, the openly gay UFC couple are displaying how beautiful life can be when you don't need to carry the burden of hiding their genuine orientation. Let's have a look at the blissful relationship of this adorable pair.

Amanda Nunes and Nina Ansaroff are dating since 2012. The fact that they share the same passion for fighting could be one of the key reasons for their successful relationship so far. 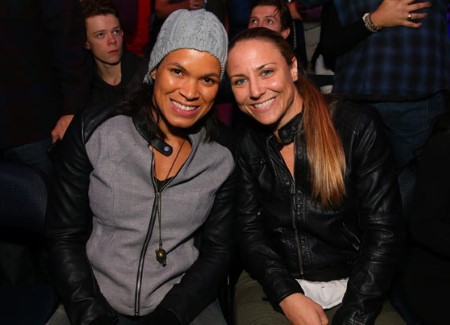 In 2016, when Nunes won the Bantamweight Heavyweight Championship, the couple revealed how their relationship made an impact on the LGBT community.

"It actually taught us something as well. We never thought of it as something that needed to be recognized other than we just post pictures together, because we’re together."

"But when we started both getting e-mails from people having difficulty and struggling with sexuality and stuff, it made us realize maybe we need to be a little bit stronger about this to help these people."

Nunes added that she was so happy after winning the title that night at UFC 200, she kissed Nina on the spot. They claimed they were pretty open about their relationship but all of a sudden they were very much in the public eye.

Ansaroff told MMA Fighting that she believes it's an accountability thing. They do not claim themselves to be representative of the LGBT community. However, they are willing to become one if it helps people.

Nunes added there will always be people looking out for them and both of them display how happy they are to be together. She continued:

"We love each other and it’s important for people to see that. Such respect. Love is love. When people realize how love is powerful, this world is gonna be a better place."

Meanwhile, the couple trains together at American Top Team in Florida. Ansaroff credited her recent success in the UFC towards her work in the gym with her girlfriend Nunes.

Ansaroff added, Amanda called out everybody claiming Nina will be the next champion. She reckons it's a bit of pressure but what matters most is the fact that her partner believes in her.

The couple reckons they are both huge motivational influence in each other's lives. No wonder they get the best out of the other and are full of glow in each other's presence!

The Adorable Couple Take Out Their Frustrations With Each Other

Ansaroff once revealed with a bit of humor that they take out their frustrations with each other during sparring sessions in the gym. She joked that this was one of the reasons for their great relationship. 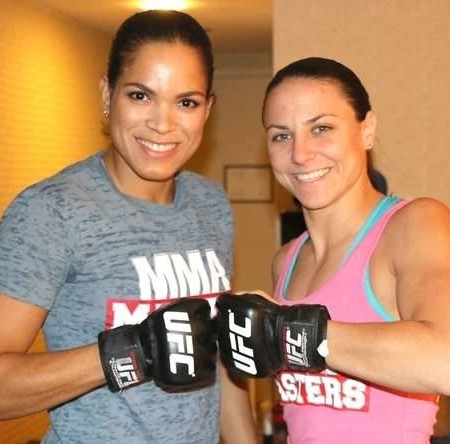 "We just take everything out in our sparring rounds, to be honest."

Nina went on to further reveal they are as much best friends as they are lovers. In particular, they love fishing together. Moreover, they train together and sometimes go a little heavy in a sparring session, but they just smile afterward.

“It’s not that bad. It really does help [sparring]. The best thing about it is, is that it’s not something that’s ever really talked about."

Meanwhile, the couple is yet to be engaged, but they've already revealed their plans for marriage.

Speaking to TMZ in May 2017, the couple claimed they've already decided Ansaroff will take Nunes' name. Moreover, they plan to have a child together.

It remains to be seen when the couple gets engaged and subsequently decides to tie the knot. In the meantime, they definitely carry an amazing chemistry and seem destined to spend their life together! 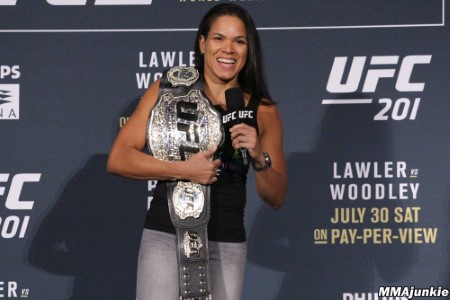