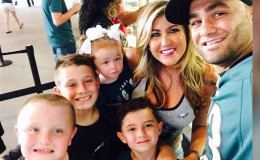 Not every fighter is lucky enough to have an incredibly supportive spouse who is literally there for him cheering him on with amazing passion, while he steps into the cage. Eddie Alvarez belongs to the fortunate minority to have such an amazing wife in the form of Jamie Alvarez.

Not every fighter is lucky enough to have an incredibly supportive spouse who is literally there for him cheering him on with amazing passion, while he steps into the cage. Eddie Alvarez belongs to the fortunate minority to have such an amazing wife in the form of Jamie Alvarez.

Let's get more details about their blissful relationship, including Jamie's rather weird way of cheering on her husband which has turned her popular amongst the fans. Let's find out.

Eddie Alvarez is happily married to his longtime girlfriend turned wife Jamie Alvarez. The couple tied the knot in 2008. The fact that they are together for well over a decade (if you count their dating years), it just goes to show the immense strength of their bond. 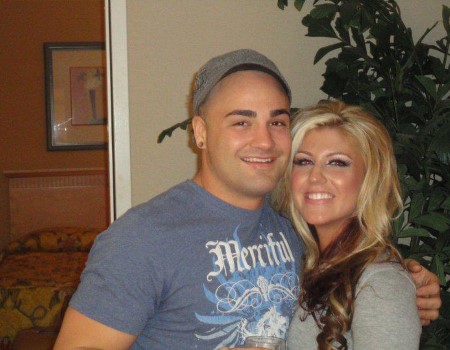 This adorable duo shares four children together; three of whom are sons, Anthony Alvarez, Eddie Alvarez Jr, and Alister Alvarez, as well as a daughter named Aniston Alvarez.

The pair has never been dragged in any controversy about their relationship nor any rumors of their rifts. They appear genuine soulmates who are enjoying a truly delightful life in each other's company.

The entire family of six looks absolutely adorable together. As observed on their Instagram accounts, they love spending quality time together and often share those moments with the world.

If there's just a single thing fans know about Eddie Alvarez's fights when he steps into the cage - it's the fact that his wife is always on the sidelines cheering her partner, screaming her lungs out. In fact, it's so loud you can hear her through the TV. 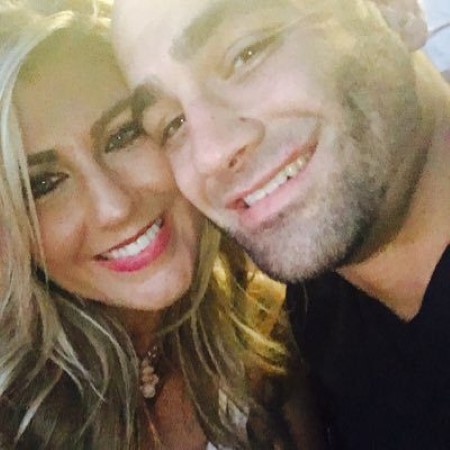 They often say you can tell a lot about the man based on the woman he's with. And if there's anything we can learn from Jamie, it's the fact that she truly is "Ride or Die" for her man.

The former UFC champion shares the same sentiments. Eddie took to Instagram to pay respects to Jamie for always being a supporting wife.

They just don't make them like this no more .... Our favorite part of every fight is when it's Over , She screams and yells cause she's a true rider .

It goes without saying Alvarez is immensely appreciative of his wife and often tends to run out of words to express it!

Alvarez won the MFC Welterweight Championship in his 7th professional fight in June 2006. He defeated Derrick Noble via KO in the first round. On 14th April, Alvarez suffered his first career loss when he was TKO'd by UFC veteran Nick Thompson. 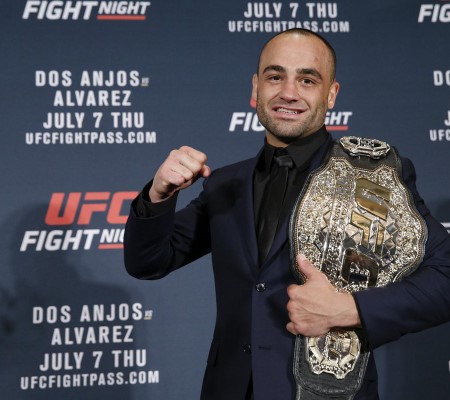 Eddie then made his name in the Japanese DREAM promotion where he competed in the Lightweight Grand Prix. On 3rd April 2009, Alvarez entered Bellator's lightweight tournament at Bellator's inaugural event.

Alvarez defeated Toby Imada at the in the finals via rear naked choke in submission in the second round, becoming Bellator's first-ever lightweight champion.

On 19th August 2014, Alvarez officially signed for the UFC. He lost his debut fight against Donald Cerrone via unanimous decision. However, he soon bounced back and on his fourth fight, he defeated Rafael dos Anjos on 7th July 2016 to win the UFC Lightweight Championship.

Eddie lost the title to then-UFC featherweight champion Conor McGregor on 12th November 2016 at UFC 205. Conor came victorious via TKO in the second round.

Alvarez most recently faced Dustin Poirier on 28th July 2018 which he lost via TKO in the second round. 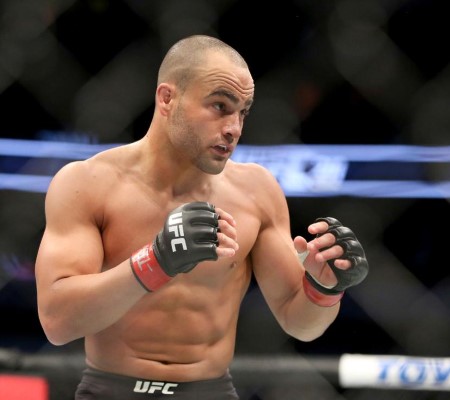