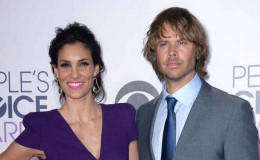 Daniela Ruah certainly knew what she was getting into when she shared wedding vows with her spouse in a mixed marriage. The couple is living blissfully ever since, even though she claims it's far from easy making the whole thing work.

Interfaith marriages are often tricky and challenging since conflicts are likelier if the couple does not pay the right amount of attention to ensuring a successful married life.

Daniela Ruah certainly knew what she was getting into when she shared wedding vows with her spouse in a mixed marriage. The couple is living blissfully ever since, even though she claims it's far from easy making the whole thing work.

Luckily for Daniela, she appears informed on what it takes to enjoy a beautiful married life and so far you can't argue.

Daniela Ruah is married to her husband David Paul Olsen. The couple tied the knot on 17th June 2014. 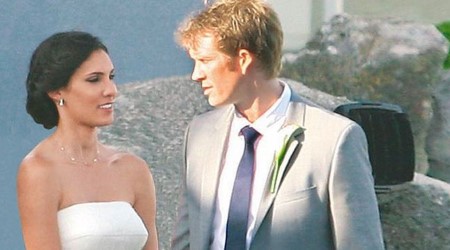 Daniela Ruah and David Olsen during their wedding
Source: Pinterest

Daniela and David first met on the set of CBS series NCIS: Los Angeles. Daniela was one of the lead cast of the series who worked with Eric Olsen, David's older brother. David was the stunt double for his brother.

You May Like; Hollywood Actress Chelsey Crisp's Married Relationship With Husband Rhett Reese; What About Their Children?

Speaking on how they first fell for each other, Ruah said:

"Eric kept inviting me to friends’ houses that he knew Dave would be at. Then he stepped back and let whatever develop between us, and the rest is history!"

The pair apparently fell in love during their first few meetings. They dated for a few months before getting engaged in early 2013. Soon after, the actress was pregnant with her first baby.

Don't Miss; Louise Newbury Was In a Longtime Married Relationship with Husband Bill Paxton, Until His Death; The Couple Has Two Children

The ceremony was attended by the couple's friends, families, and relatives.

After two years of their married life, the duo decided to expand their beautiful family. They welcomed their second child, a daughter named Sierra Esther Ruah Olsen on 4th September 2016.

It was later revealed the couple had gone through a tragic experience prior to giving birth to their second offspring. It was reported Daniela suffered a miscarriage in October 2015. Thankfully, the couple was blessed with happiness soon after.

Meanwhile, David does not have an Instagram account of his account, but his fans certainly leave no shortage of effort to display their love and admiration for this adorable couple.

David's face is me because of what's been happening in America lately. Glad to see there is still some good in this world by the looks of these two. They are my idols & what I hope to one day have in life. Praying for the innocent lives we lost due to the violence & ignorance of people in this world. May they guide their families on Earth and be eternally happy in heaven!! "I hope we can wake up and realize we are ALL THE SAME. Just humans. One species. Just wanting to be LOVED. " -the one and only JT #LOVEISLOVE #VIOLENCEISNOTTHEANSWER #pulse

In fact, the entire family of four looks absolutely adorable together. There have never been reports of any conflict between the pair, so it's safe to say their marital life is as blissful as ever.

Ruah belongs to a Portuguese-Jewish ancestry on her father's side and Portuguese, Russian and Ukranian Jewish heritage on her mother's.

The fact that David is a Lutheran has never been a problem according to Daniela and they are on the same page as far as their parenting is concerned. 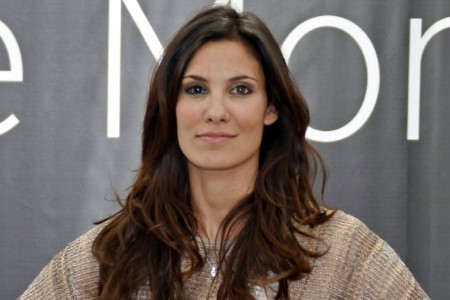 Speaking during an interview in August 2014, Daniela said:

"Dave once said something to me that resonated very positively: ‘We never take away, we only add.’ So the way we’ve decided to do things is we want the baby to be comfortable with whoever he is with, whatever temple—in the broad sense—he decides to go to. We think it’s important that he knows both."

"He had his bris and we plan on having his bar mitzvah and if there’s anything that David wants to instill in him we’re open to that too."

Ruah further claimed one thing she learned from people in her own family who had married interfaith is they always told her it's very easy when it's just a couple, but not when they share a baby since both of them want to establish their own belief system and culture.

Ruah went on to give advice to interfaith couples who are planning to start a family. She reckons, making sure everything is discussed before they share a baby is essential.

Unless one of them goes, 'Do whatever you want, I’m OK with it' - there are bound to be complications. So it becomes crucial to discuss everything beforehand. 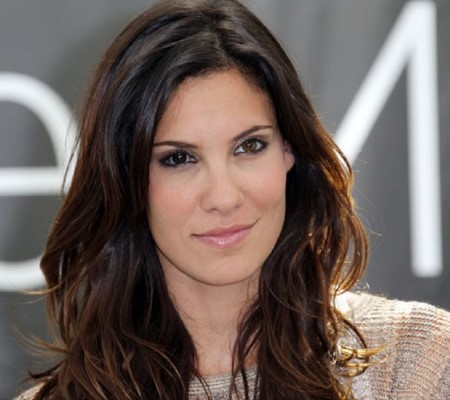