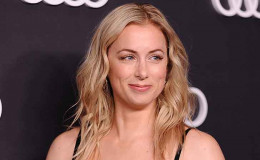 Although some people are not too keen on dating apps, it's been proven time and again that there is indeed a likelihood of finding the love of your life through these platforms. Nobody knows this better than Iliza Shlesinger who met her soulmate thanks to an online platform.

Iliza recently shared wedding vows with her special partner. The duo appears made for each other as they look absolutely adorable together.

Iliza Shlesinger is married to her husband Noah Galuten. The couple tied the knot on 12th May 2018. The ceremony took place at South Park City Center in downtown Los Angeles. 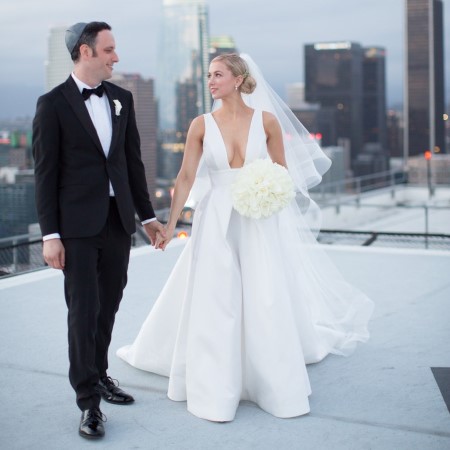 Iliza Shlesinger and Noah Galuten during their wedding.
Source: Brides

Speaking on their decision to choose the wedding venue, the actress said she loved the idea of their loved ones looking over Los Angeles at dusk, before seeing the city lit up at night.

Moreover, there’s a helipad on the roof, and she said: "If you aren’t having your wedding pictures taken on a helipad, what are you doing in life?"

The notable guests at the ceremony were actress Mayim Bialik, and Shlesinger’s cousin and Deadbeat creator, Brett Konner.

During an interview, Shlesinger joked:

"We're keeping our own last names because Shlesinger-Galuten is a nightmare."

The comedian added, she didn’t confine the traditional bouquet toss to just the single female wedding guests "because it’s cruel and barbaric".

"So everyone was welcome to try for the airborne flowers in the spirit of competition, because, after all, that’s what we’re all told weddings are about, right?"

Earlier, the couple confirmed their engagement via an Instagram post in 2017 as Iliza flashed a gorgeous diamond ring from her fiancee. 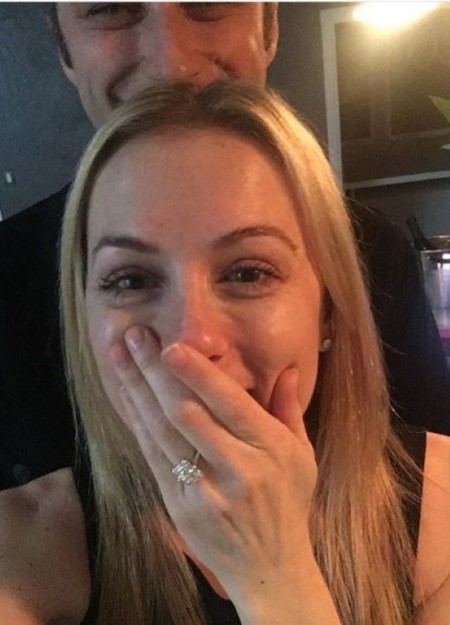 Speaking of their relationship, the author of Girl Logic said:

"We like to say we’re still on our first date."

The pair first met through a dating app in July 2016 and got closer pretty quickly. The engagement arrived merely a year later but it was apparently not a typical proposal. Iliza revealed:

"We went out to dinner, and I remember starting to unbutton my pants as I came in the door because I had to pee."

“I realized our living room was full of flowers and candles, and Noah stopped me before I left the room, saying there was something he wanted to do before I ran off to the bathroom. I started crying and turned away, yelling that it couldn’t happen with my fly down!"

Iliza managed to zip up her pants and as she turned around Noah was proposing. She explained, her then-boyfriend had arranged for her assistant and his mother to set the whole thing up while they were out.

Discover: Is Beautiful TV Host Katie Linendoll dating anyone? Know about her boyfriend or a husband

During their dating years, the actress protected the identity of her partner by using the pseudonym "Smoky Husky." It was only recently it was revealed the guy is Noah Galuten who has worked as a food writer, a server, a bartender, and a restaurant critic.

Bret Ernst's Past Affairs and Ex-boyfriends

Iliza Shlesinger was previously in a relationship with an American stand up comedian named Bret Ernst. 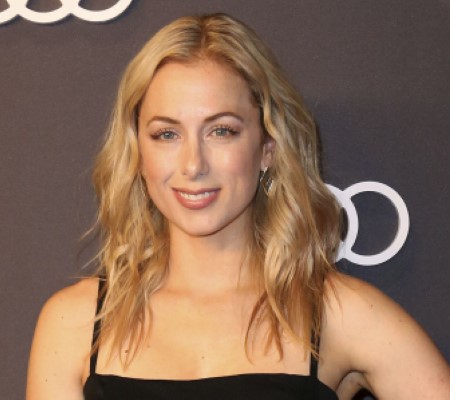 Iliza Shlesinger was previously in a relationship with Bret Ernst.
Source: Deadline

Although not much is known about the relationship details of the pair, Shlesinger apparently had a lot of respect for her ex-boyfriend. She was an aspiring comedian at the time.

"I also spent a lot of time with Bret Ernst when I first started doing comedy. We met and I always thought he was such an amazing comic."

"And as a young comic, getting to be around comics that have been doing it longer, you learn a lot of lessons from stuff like that. So I was fortunate to be surrounded by all these amazing comics. You get to kind of learn and take what you want from those experiences."

Due to some differences that were never revealed, the couple ending up splitting. 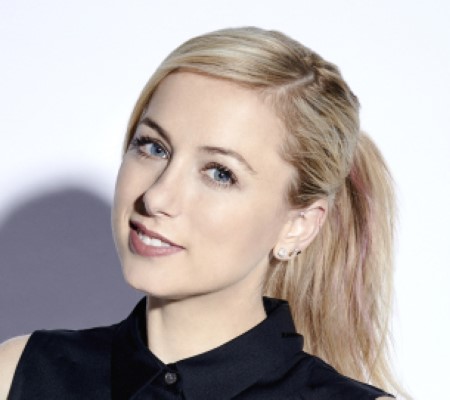