American Rapper Ludacris' Married Relationship with Wife Eudoxie Mbouguiengue; Details of His Past Affairs and Rumors

The famous Rapper Ludacris is married to Eudoxie. Has daughter. He was married to Tamika. Know About his personal life.

The Grammy Award-winning rapper-turned-actor, Chris Bridges, professionally known as Ludacris is famous for his hit songs in the Hollywood and work in The Fast and The Furious movie franchise.

Married twice in his life, Ludacris is living a blissful life with his wife Eudoxie Mbouguiengue and children. Facing a miscarriage, his wife is urging to try again for another child. Today we will share some information about the famous rapper. So fans, scroll down to know about his personal life.

Rapper Ludacris Is Married; Know About His Relationship

Many rappers do not hold on to a single girl but Ludacris here does not fit in that category. The man is married to his long-time girlfriend Eudoxie Mbouguiengue. Eudoxie was born in Gabon, Africa and was brought to the US when she was just a child.

Some sources also say that she met Ludacris when she was a pre-med student at the University of Miami but nothing has been confirmed. 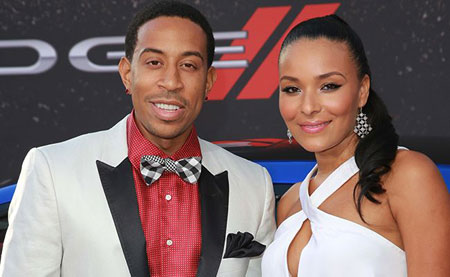 Ludacris with his wife Eudoxie on the red carpet
Source: TheKnot

She has been by the side of rapper since 2008. The pair tied the knot in 2014 right after some weeks of their engagement. They got engaged during a trip to Costa Rica and the proposal happened during the trip. Ludacris literally spelled, 'Eudoxie Will You Marry Me' in a field by spraying in the grass that they could see while landing the plane.

Some outlets are also reporting that the couple got married on the same day he proposed if that doesn't sound crazy enough. Eudoxie also goes by two names, another one is Eudoxie Agnan. The couple shares a 3-year-old daughter Cadence Gaelle.

Seems like just yesterday we were riding 4 Wheelers in Your Hometown Of Gabon ???? Africa, Now I’ve taken you in as my own child & I have the pleasure of watching you grow into the Most Beautiful Young Lady the has to offer! Love you @christella_mimi & Thank you for allowing me to be a part of your Journey! The best is yet to come! Happy Birthday!!

Eudoxie created an organization which helps young women overcome their tormented pasts, as she herself is a victim of sexual, mental and verbal abuse. Seems like the rapper is lucky to be with her as he packed himself a perfect package girl.

Eudoxie Reveals She Suffered A Miscarriage:

Revealing the miscarriage on her Instagram, Eudoxie thanked the lord for the gift of life. She had to have a surgery to fix the issue. She posted a photo on her Instagram with a heartwarming caption.

The American College of Obstetricians and Gynecologists estimated that roughly 15-20 percent of all the pregnancies end up in miscarriage.

Lord, I thank you for the gift of life. This year didn’t necessarily start off right for us. I had a miscarriage and needed to have surgery. It was very easy to complain and self pity but I refused to let the enemy win. I stayed faithful and prayed up. I spent hours focusing on the many ways the Lord has blessed me. How could I complain when God has blessed me with the opportunity to already experience motherhood? I’m sharing this with you all to remind you to live in gratitude. When the enemy tries to knock you down, get even closer to your faith. My faith has been tested many times throughout my life but I’m only getting stronger. Life will not always go as planned and keeping a positive and grateful attitude will only bring more and bigger blessings. Thank you God for your favor over my life. Thank you for my beautiful family and friends who have been so supportive. Thank you for another year!!

The pair has gone through many ups and downs in their relationship but this one was a little more tragic for both of them. Ludacris also said in an interview that he wants a son and they will try in this year to have a son.

Ludacris's Past Marriage; Does Not Want To Pay Child Support?

Talking about the past affairs of Ludacris, he was previously married to Tamika Fuller with whom he shares a daughter, Cai Bella Bridges who was born in December 2013. Things probably did not work out between the couple which was the reason behind their divorce. 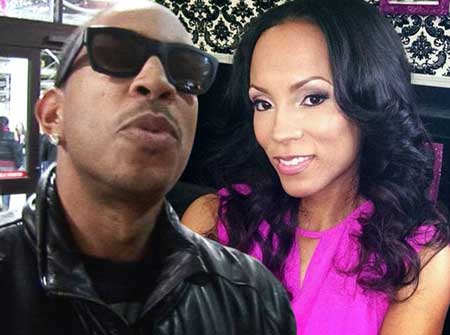 Tamika claims that Ludacris rushed his marriage because he could win the child custody battle. She also believes that he is also avoiding to pay for the child support.

“She has yet to meet her father and it’s unfortunate because I would never keep him from seeing her. Let’s not lose focus that an innocent child is involved and her best interests come before any of all of this foolishness,”

Tamika says that he has millions of dollars hidden behind his back so why not pay some money for his child? She also wants Luda to pay all of her lawyer's fee. 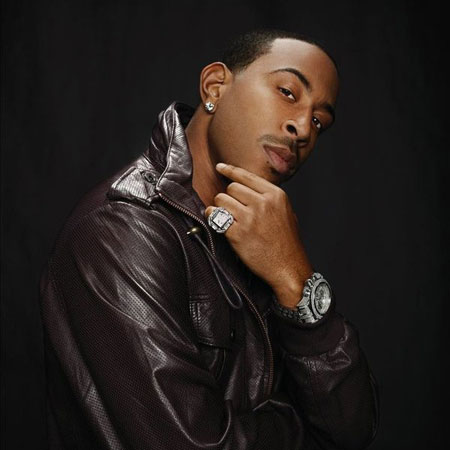