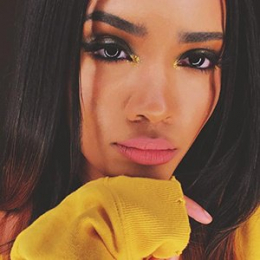 Lauryn McClain is a singer and actress who is working in Hollywood from a young age. She is part of many TV shows but she is mostly recognized for her role 'Janelle' in the TV show 'Step Up: High Water.' Further, she is part of the singing group named 'McClain' along with her sisters.

Lauryn McClain is secretive when it comes to her romantic relationship. She is yet to post something that might suggest she is dating. 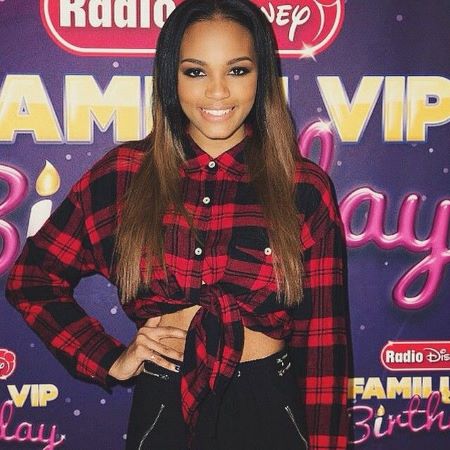 McClain is working in the entertainment industry for over a decade, but she is not linked with anyone. Moreover, she is not romantically involved with any of her co-stars.

Lauryn moreover looks like she is single and enjoying her success with her friends and family. She is focused on her career and is working hard to achieve her goals.

Lauryn in fact is getting close to her dreams day by day as she is achieving a new height of success every day. Her hard work is paying off and it was recently announced that she will be part of the movie Superstition: The Rule of 3's with actors such as Ludacris, Shad Moss, and Tyga.

Lauryn McClain holds a networth of $2 million which she earned through her work as a singer and an actress. She started her career as a singer in an R&B group called McClain. The group consists of her two sisters namely China Anne McClain and Sierra McClain.

Ready for some funnn with mah girlsss @chinamcclain and @mynameissisi!! #Ad Got my @CocaCola can discount and I couldn’t be more ready. What rides do y’all think we should go on?! #SixFlags #CocaCola bit.ly/CSF_FBIG

The group produced popular singles such as Go and He loves Me. In addition to that, the band also composed the title theme for the TV series A.N.T. Farm. On average the singer earns $29 thousand- $54 thousand yearly. Similarly, a music composer in a television show earns yearly $21,270 -$85,000.

McClain moreover tried her hand in acting together with singing. In the beginning, she played minor roles in TV series The Gospel, Daddy's Little Girls and many more. Furthermore, she gained recognition when she played the role of Freddie in TV series Descendants: Wicked World.

McClain furthermore increased her profile when she starred in the TV series Step Up: High Water in the role of Janelle. This TV series was based on the hit Step Up film series.

McClain at present is looking forward to the release of her movie Haunt which stars Katie Stevens, Will Brittain, and others.

Lauryn McClain was born as Laura Alisa McClain on January 9, 1997, in Decatur, Georgia under the birth sign Capricorn. Her nationality is American and she belongs to African- American ethnicity.

HA like Mother like daughter i swear i’m JUST like you Happy Mother’s Day to the strongest, most beautiful woman I will ever know. You are my universe.. My every single thing. I love you so much and would be so lost without your love and advice @shontellmcclain

Lauryn McClain was born to her father Micheal McClain who is a music producer and her mother Shontell McClain, who is a vocalist and songwriter. Her two sisters, China McClain, and Sierra McClain are singers and actresses, and her brother Gabriel McClain is an actor. She, along with her family currently lives in Los Angeles, California.

Lauryn along with her family is involved with Cameron Boyce Foundation. She uses her social media platforms to raise funds for that charity. Furthermore, Lauryn loves tattoos and boasts multiple tattoos on her body. Her most noticeable tattoo is a tattoo of a cross near her collar bone.