Home Article 43 Years American Youtube Personality Tommy Sotomayor Has A Son; Does He Have A Wife Or Dating Someone?

43 Years American Youtube Personality Tommy Sotomayor Has A Son; Does He Have A Wife Or Dating Someone? 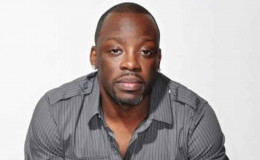 43 Years age, American youtube personality Tommy Sotomayor is currently single and is said to be a father of three children, a son and two daughters. Tommy's Life, marriage, life, relationships.

The famous American black Youtube personality, Tommy Sotomayor who gained fame for his channel Mr. Madness is the man black woman love to hate. Well, for the racial videos he makes at least!

Living a low-key life, the person has not shared much about his personal life but is said to be a father of 3 children. His love life is a very complicated one. Wanna know more? Let's get into it!

Not Getting Married But Has Children? Tommy Sotomayor's Love Life Is In Whole Another Level!

Tommy Sotomayor has been under the stone when it comes to his love life.

The Youtube Personality is very secretive when it comes to his love life as he has not revealed any details about his current or past relationships with the media or the public. 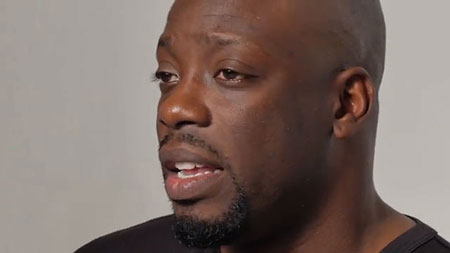 Tommy is currently single but is said to be the father of 3 children
Source: PhilipShow

Some sources revealed that the personality is a father of two daughters and a son but has never been married to a woman. Well, we can't be sure about that though!

IM AM LIVE ON MY SHOW..JUST GO TO MY WEBSITE AND CLICK ON THE TAB THAT SAYS BEST CHANNEL FOR BROADCAST AND THERE U SHALL FIND ME! WWW.SOTOMAYORENT.COM

Sources claimed that the 43-years-old personality welcomed his son with a white woman but he abandoned his son. One Youtuber uploaded a video in which Sotomayor talked about abandoning his son long back ago.

Well, not only this, there is profile on Twitter named by TommySotomayorChild who claims to be the son of Tommy but we cannot assure that the profile is legit. He said that he is Sotomayor's son but Tommy does not acknowledge him on his tweet.

My name is Thomas Jerome Harris. My father is Tommy Sotomayor. I am his son but he doesn't acknowledge me, he pretends i don't exist.

Let's leave about his son, for now, many sources have claimed that he had two other daughters from other women as well.

One guy on Youtube uploaded a video of Tommy in which he is talking to a lady in the front seat of a car. Behind appears two little children, both girls who are assumed to be his daughter. But the details about the lady is still unknown to the media.

Sotomayor was said to have a daughter named Sara Sotomayor with an African-American woman who threw him in jail for not paying for child support. The personality has been a little more public about his second daughter named Alex Sotomayor who has appeared in some of Sotomayor's now-deleted videos.

The comedian is busy with his professional life and is active on his Instagram continuously giving updates about his life to his fans. Let us hope that the comedian finds a woman to be his life partner pretty soon.

Being Racial To Black People, Tommy Sotomayor Said A Lot On His Videos!!

Sotomayor was hated by the people for making an offensive video on his channel. His videos are racist remarks at black people on social media making youtube videos generalizing women's negativity creating hatred and negative impact towards them.

Things he said in his videos are,

The 43-years-old personality took $3,000 from a fan to make a documentary video about fathers being in a child's life but guess what? He never gave them the video in 2 years of due date!

Change.org petitioned to bid for Sotomayor to put down his videos which were considered as emotionally hurtful to African-American women. “incalculable amounts of emotional, psychological and physical harm.” was cited for the video.

The personality is said to have more than 40+ channels on Youtube which is maximum about discriminating against black people.

He has been arrested several times for his inconvenient behavior towards other people. And, for his controversial views, this right-winger has been banned from many social apps including Twitter and Instagram. However, Tommy still streams videos on YouTube.

Not only that but Sotomayor is also reported to have gotten a punch in his face in New York after he made a negative comment. Rumors say that Tommy got hit by his mother and ex-girlfriends which is why he started making derogatory comments at every woman, especially at black women. 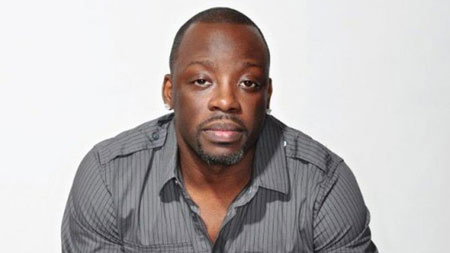