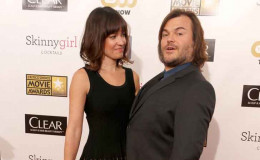 48 years American actor Jack Black is married to Tanya Haden and is the father of 2 sons. the couple is living their life happily along with their 2 sons.

School of Rock Star, Jack Black, 48 years old American Comedian and a musician is very happy living with his childhood friend and wife Tanya Haden. It is very interesting to know how he found his love.
Facing many difficulties Jack proved his feelings towards his wife Tanya in his past life. All of his fans have been curious about, how is his relationship is going with his wife Tanya and his children in the recent days? Let's know more about his relationship including his wife and children.

Childhood friendship of Jack and Tanya transitioned into marriage as they tied the knot on 14th March 2006 in Big Sur, California. 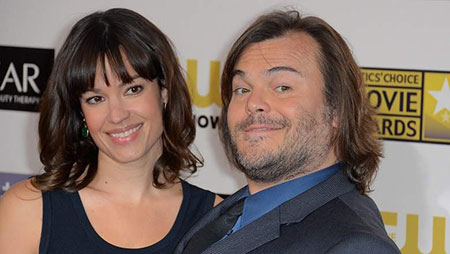 School of Rock, star, Jack had a crush on Haden and they weren't even close buddy. She was very pretty which made him weak on his knees as he tried to speak up to her.

Both of them attended the same school and after 15 years of the graduation, they again met at the friend's birthday. It was a beautiful moment for the couple, after a long patience the shy teenager Jack Black build up the courage to get close to Tanya and then proposed her at the day of Christmas, that was when the relationship started.

With a long patience, the magical moment finally came as he married the girl he loved since junior school. We can assume that the couple is living a very happy time living a romantic life and are also very lucky to be the parent of 2 beautiful children. We too wish the couple's relationship to last forever.

With the smooth and far growing love actor Jack Black and Tanya Haden decided to expand their family as they are blessed with 2 sons, Samual J Black and Thomas Black. 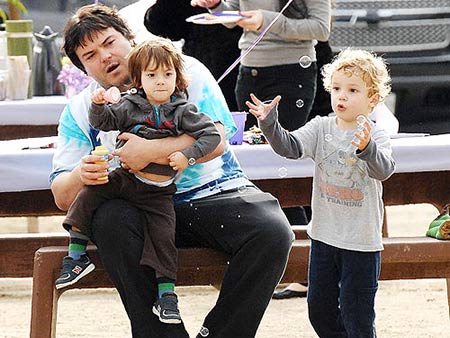 Samual Jason was the first son of Jack Black born on July 10, 2006, and again he was blessed with his second son Thomas Black on 23 May 2008 making him a loving and responsible father.

As a father, we can see him giving a lot of time for his beautiful kids. He loves his sons very much and always tries his best to keep them happy. 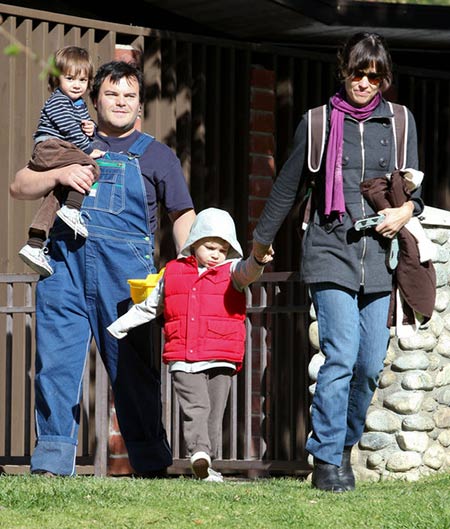 Jack Black with his wife and child
Source: Zimbio

Jack along with his wife Tanya has been the best parents of their kids. It is very beautiful to see how much they have been dedicated towards their babies and to give them good care and love. However, Black is an Athiest he has decided to raise his child in the Jewish faith.