48 Years American Actress Cady McClain is Living Happily with her Husband Jon Lindstrom and Children; Sexually Abused By Her Own Father; Details Here 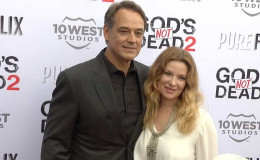 Our life suddenly turns and gets catapulted in the path of success and wonders when we actually find the person; the one who supports us no matter how much bitter is the past. Many women every year become the victim of sexual abuse. Even some of the famous celebs including American actress Cady McClain suffer the same issue.

Every year thousands of woman become the victim of sexual abuse. Even some of the famous celebs including American actress Cady McClain suffered the same issue. It's often very difficult to believe but McClain was sexually abused by her own father during her childhood days.

Her husband Jon Lindstrom helped her a lot to overcome the bitter past. The couple is the best example for many people that success and wonders are not so far when you get the best support from the loved ones.

Every single woman expects a loving and caring husband; the one who helps her forget every distressful past memories and agony.

McClain, no doubt, is a lucky lady. Very clearly, her husband, Jon Lindstrom has helped her grow along with the passage of time. He helped the Home Movie actress to overcome all the bitter memories in past and live a happy, wonderful life in present days and days to come ahead. 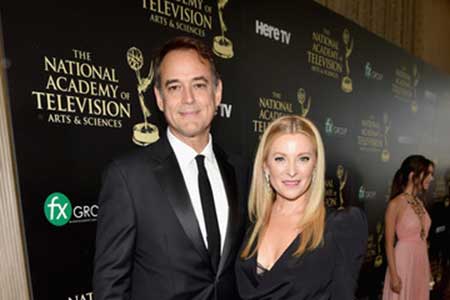 On the top of all, we all know that the two is living a sound life. The couple portrayed the role of Craig and Rosanna in As The World Turns in 2002. Looks like things between might have started between them from working in the same movie.

Though the couple is yet to share details about how things started, they are open about their recent personal affairs.

The couple tied the knot on 14th February 2014 in a hush-hush ceremony. Quite a romantic day to start a new life with a loved one, right?

"Took my lady for a holiday lunch and one last pic with a Christmas tree."

"That’s me and my baby! Love him soooo much."

Well, let's cheer up the adorable couple for the day and wish them all the very best in their future endeavors.

Cady McClain Sexually Abused By Her Own Father

McClain uncovered her bitter past during an interview with Entertainment Tonight in June 2014.

Talking about her new book "Murdering My Youth: A Memoir", she revealed that her parents used her for the sake of money. She was inspired to write the book because of the same pain and torture she faced when she was a little girl.

"It was a story that lived inside of me and really tortured me for many years. There were people that came into my life as a child, my parents, and a few people from show business who took away my innocence very young."

Initially, she was unaware what her father was doing to her at the moment. She was completely unknown with the fact that her father abused her sexually.

Years of sexual abuse by her father even affected her while she was shooting a sex scene in the AMC.

She was completed devastated when she filmed a rape scene with Matthew Cowles.

"I did the scenes. I did my job and then I went down to my dressing room and just went into the fetal position for awhile because it was just rattling such old bones in me. I didn’t have ownership of my sexuality really. It had been marked in a way by my father when he was drunk, and sexually abused me. It’s taken a long of time and a lot of work to reclaim all those parts of myself."

However, her husband helped her a lot to overcome the abusive past and to become a person what she is today.

"I was honestly able to overcome the sexual abuse by my father because of the love of my husband. The incredible love that Jon has given me, the total acceptance of who I am, that I am not the sum of my experiences, but who I am in spite of that."

If you want to know details about McClain's life journey, you can buy the copy of Murdering My Youth: A Memoir. 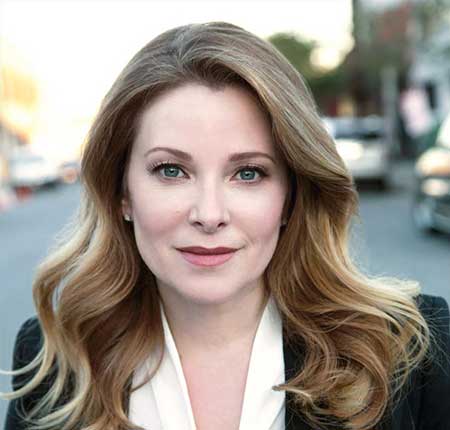