Home Article After a divorce with ex-husband Tom Adkins, Brenda Buttner was not dating anyone. The mother of two was single and had no boyfriend: Her tragic death has shocked the nation

After a divorce with ex-husband Tom Adkins, Brenda Buttner was not dating anyone. The mother of two was single and had no boyfriend: Her tragic death has shocked the nation 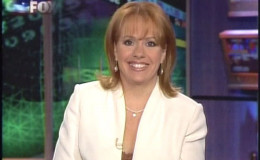 Buttner graduated from Harvard University in 1983 with a bachelor's degree in social studies. She then spent two years as a Rhodes Scholar at Balliol College, Oxford University, England, where she graduated with high honors and received a B.A. in politics and economics.

The 55-year-old, beautiful and talented Brenda Buttner, who is best known for being a Fox News host and correspondent, has surely marked her name in the American News industry.

Let's find out everything you need to know about her in this section.

The 1990's Washington correspondent, Buttner, had happily tied knots with the real-estate investor and a conservative-libertarian, Tom Adkins. 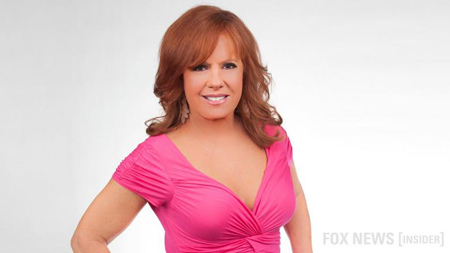 The duo tied knots organizing a private wedding surrounded by only a few close friends and families. Both Brenda and Tom really seemed happy with their marriage and there were no any signs of misunderstandings or divorce until 2010 when the duo filed for a divorce leaving their fans in a great shock.

Tom and Brenda has two children

After spending a blissful married life for five years, the duo has been blessed with two beautiful daughters: Rebecca Adkins and Rachel Adkins. 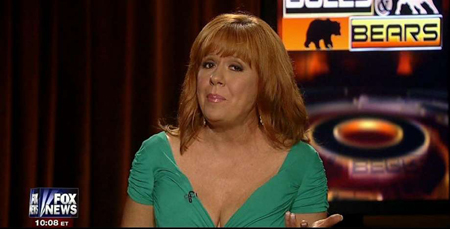 Recently, Brenda posted a tweet about her daughter Rebecca polling for the presidential election.

My daughter at the polling place at 6am, very excited and proud to vote for the first vote. May we all celebrate this privilege as she does! pic.twitter.com/IuZtqKdM8N

Although Tom and Brenda have been separated since a long time, both the parents have been equally involved in raising their children under mutual understandings.

The less known life of Brenda tells us very little about her previous married life as well as divorce.

The major reason behind their split up has not been revealed but sources told that they parted ways stating 'irreconcilable differences".

The exceptionally talented reporter Brenda, who has also survived the long battle of cancer is not seeing anyone as of now.

Brenda is recovering from her cancer and she's further plans of working back again for Fox news.

Thanks, Kenneth! be back for sure, just don't know exactly when. Battling cancer and still have more fighting to go. https://t.co/8Pgtqt9hn7

All in all, we really wish for Brenda's speedy recovery from her cancerous battle and also hope that she soon finds the right man for her and have an everlasting marriage this time.

Tragic Death of Buttner: Died due to rare breast cancer

The amazing and beautiful soul, Brenda Buttner is no more among us as she sadly passed away last Monday, leaving the entire news industry appalled and heart broken.

Since, the past two years, she has been battling a rare breast cancer about which she announced on her Twitter back in 2015.

The news was confirmed by FOX News, and as the sources reports, she was having a really tough time with the treatments and chemo.

The cancer had even spread to her eye, reaching to the brain, and she took her last breath in the hospital where she was receiving the treatment.

This untimely death of the brilliant news reporter has come as a shock for all of us. Buttner's colleague Neil Cavuto shared a heartfelt condolence to the late reporter quoting," “Business journalism is never going to be the same. I just don’t know, now that she’s gone, whether we’ll ever be. Brenda Buttner, gone way too soon at 55.”

So terribly sad to learn about Brenda Buttner. She was such a beautiful person, in every sense, & was so kind to me. I will miss her.

I will miss Brenda Buttner - she was so witty & made fiancé fun. God bless her family & friends. https://t.co/0N9QgioEve

May her soul rest in peace.