It's not rare to see famous personalities marrying multiple times in their life. Stephen K. Bannon is definitely not an exception, as he tied the knot three times with three different women, only to split with all three of them.

It's not rare to see famous personalities marrying multiple times in their life. Stephen K. Bannon is definitely not an exception, as he tied the knot three times with three different women, only to split with all three of them.

This well-known multi-personality is not dating anyone currently, but his married life over the years is nothing short of intriguing. Let's get into more details.

The 64-year-old multi-personality might be single right now and at his age unlikely to get into a relationship again, but he carries lots of marital experience. His most recent marriage was with Diane Clohesy. The couple was together from 2006 until they divorced in 2009. 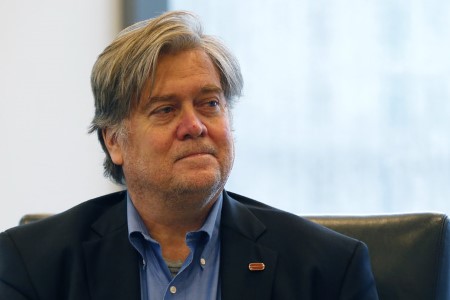 Clohesy was a model prior to dating Bannon. However, she lacked the height to make it to the top. Meanwhile, there's not much info on how the couple met, but after they got together Clohesy began carrying a certain attitude as she quickly got to terms with the power her husband's position holds.

After the couple parted ways three years into their marriage, many news began circulating about the pair. One source claimed Bannon bought a house for his former Irish wife but never lived in it himself.

Previously Bannon rented another house in Miami from 2013 to 2015. Apparently, this was a ploy by the former chief executive of Trump's election campaign, Bannon, to assign his voter registration to the property during the period, which caused lots of controversies.

Clohesy is also known to be a substance abuser. She has had some well-known drug and alcohol abuse issues, according to her brother, who further went on to claim Bannon "has always been there" for her, whether it's providing financial or emotional support. The ex-pair are still good friends despite the divorce.

Bannon was initially married to his first wife Cathleen Suzanne Houff. The wedding took place in 1988 and they shared a daughter the very same year named Maureen Bannon. However, the pair divorced after 9 years in 1997 for reasons that were never specified. 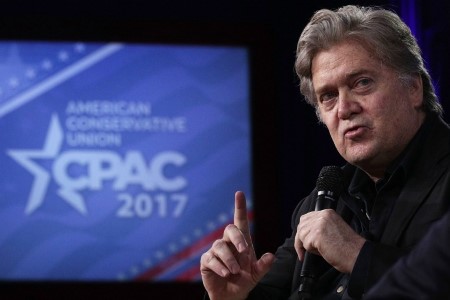 Stephen K. Bannon during an interview
Source: Religion and Politics

Bannon's daughter Maureen is almost 30 now. She attended a Military Academy where she was a star of the volleyball team Black Knights as the undisputed best player in the squad. Moreover, after her graduation, she was deployed to Iraq for numerous months.

Stephen's first marriage might have ended calmly, but the same can't be said for his second marriage. Post his split with his first spouse, Bannon married Mary Louise Piccard, an ex-investment banker. The pair took their wedding vows in April 1995 and welcomed twin daughters just 3 days after the ceremony.

However, the couple filed for divorce just 2 years later in 1997 as reports of domestic violence accusations surfaced. According to a police report, Piccard accused Bannon of hurting her physically over an altercation of finances. Stephen reportedly bashed the phone as she tried to call the police.

From the police report that was filed when Steve Bannon attacked his wife. @GOP @Reince @mike_pence is this a man you want serving in WH? pic.twitter.com/Sm9yoXhs6k

The report further stated Piccard told his husband to find another place to live to which he laughed and claimed he'd never move out. During court proceedings, Piccard further accused Bannon of making anti-semitic remarks regarding the choice of her schools for their kids.

Despite Bannon's spokesperson denying the accusation in court, he ended up getting charged with misdemeanor domestic violence, battery and dissuading a witness. However, the case was later dropped due to the unavailability of the witness. 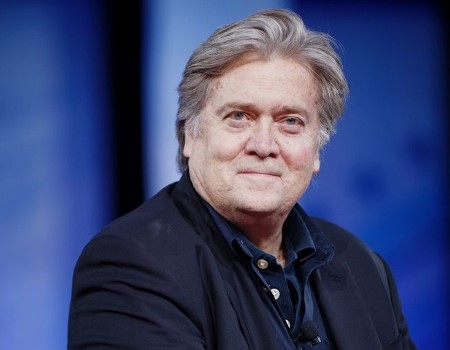