The King's Speech Actor Geoffrey Rush Is in a Longtime Married Relationship with Wife Jane; Shares Two Children; Home Bound Since Being Accused Of Sexual Misconduct

Spending more than four decades in the acting career and achieving tremendous success, the Oscar-winning Pirates of the Caribbean: Dead Men Tell No Tales star Geoffrey Rush has always been in the limelight until facing a downfall all of a sudden. He's debilitated by a report being engaged in a sexual misconduct to one of his colleagues in Sydney Theatre Company in 2015.

Spending more than four decades in the acting career and achieving tremendous success, the Oscar-winning Pirates of the Caribbean star Geoffrey Rush has always been in the limelight until facing a downfall all of a sudden. He's debilitated by a report being engaged in a sexual misconduct to one of his colleagues in Sydney Theatre Company in 2015.

Rush is barely eating anything and has been housebound since being defamed by the news publication. Well, his wife Jane Menelaus is by his side helping him overcome the tremendous emotional and social hardship.

Geoffrey Rush, 66, and his wife, actress Jane Menelaus have been married for almost 30 years. They first met during a performance of The Benefactors.

The couple has two kids, a daughter, Angelica Rush (1991) and a son James Rush (1995). It's obvious that family responsibility increases after having kids. Jane kept her acting career on hold to raise her kids. 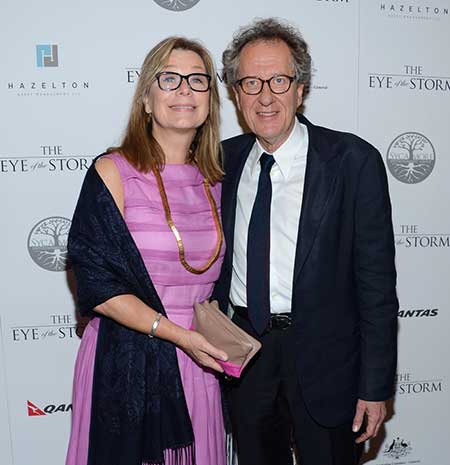 Rush is, no doubt, a loving and caring husband; also a proud father. He proved how much he loves his wife when he immediately returned home to Melbourne from England after learning that his wife required an urgent surgery for a life-threatening condition.

It was a shocking news for the couple when Jane was diagnosed with breast cancer. She was operated soon after the diagnosis in 2003 and now, she's become a cancer survivor.

"Jane was only diagnosed last week, but she has already been operated on and is expected to make a full recovery."

Rush and his wife starred together in a Melbourne Theatre Company production of The Importance Of Being Earnest- Menelaus portraying the role of Rush and Miss Prism back in 2011.

There's nothing more amazing to see a lovely star-couple supporting every phase; every ups and down of life, isn't it?

Rush is now, virtually housebound. He barely eats anything after the publication of articles that allegedly stated the star took part in inappropriate behavior at a theatre.

The paper's coverage back in 2017 has totally devastated the actor. Well, his wife definitely might definitely be helping him overcome the stress and anxiety.

For details about the incident, follow the path that comes next!

Oscar-winning star, Rush has endured "tremendous emotional and social hardship" since The Daily Telegraph accused him of an inappropriate behavior in December 2017.

As per the paper's coverage, he abused actress Eryn Jean Norvill during the Sydney Theatre Company's production of 'King Lear' back in 2015.

The publication cited two unnamed theater sources that mentioned that Rush touched the actress in an appropriate manner.

"It is with great disappointment to Mr. Rush the STC has chosen to smear his name and unjustifiably damage his reputation in this way."

He sued Sydney's Daily Telegraph and the journalist Jonathon Moran for defaming him and portraying him as a pervert and sexual predator. Rush denied the allegation but he's mentally and physically disturbed by the major incident.

He has rarely left his home fior more than three months. As per a legal document, he 'feels uncomfortable when in public and will rarely attend any public events', barely eats anything and wake up every morning with a terrible insecurity about his future career. 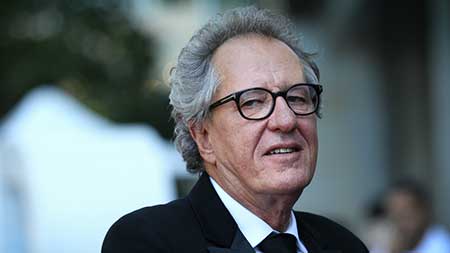