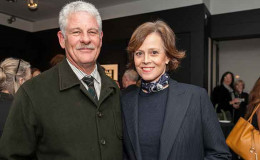 Three times Oscar-nominated actress Sigourney Weaver is best known for her movies, Ghost Buster and Alien. She is ruling over the industry for more than four decades now and still is one of the greatest Hollywood actresses.

Weaver credits her success to the support of her family especially her husband Jim Simpson. The couple is together for more than three decades and is still going strong.

In today's world where true love, relationship, and marriage exists only in movies and books couples like Weaver and Simpson give us hope that love is real.

The Alien actress, Weaver met the famous filmmaker Jim Simpson in 1983. It was a love at first sight for both of them. They started dating and eventually married on 1 October 1984. 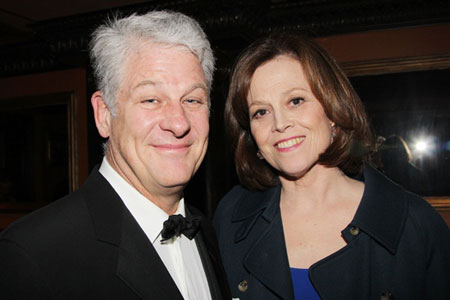 Weaver gave birth to her first child, a daughter, Charlotte Simpson born on April 13, 1990. The couple is together for more than three decades and is still going strong.

The pair maintains a low-key personal life and lives a blissful and beautiful family life together away from media limelight. We all know Weaver as a successful actress but she is also a loving mother and of course supportive wife.

Weaver with her daughter and husband
Source: GettyImages

She once said in an interview:

My daughter Charlotte is absolutely the most important thing to me. My family comes first and I'm so grateful to them that they let me go off and make films. But, you know, I find it very difficult to leave them. I hate it. I have had therapy and found it helpful in dealing with the guilt I've felt about leaving them. Going to New Zealand to make Avatar when my daughter was applying to colleges almost killed me.

I like getting older – it's interesting. I don't think it's attractive to have a taut face with a 65-year-old's body. I find that look scary. My mother was a great beauty and she never succumbed to plastic surgery. She thought it was best to grow old gracefully. I feel the same. We change ourselves by looking back and trying to stay young instead of moving forward.

She was last seen in the 2017 movie Jasper and for six episodes of the series, The Defenders and is soon to be screening in the two parts of Avatar in years 2020 and 2021.

The 68-years-old actress launched to stardom from her megahit movie, Alien in 1979. She was nominated for Academy Awards for her role in the Alien sequel, Aliens in 1986. 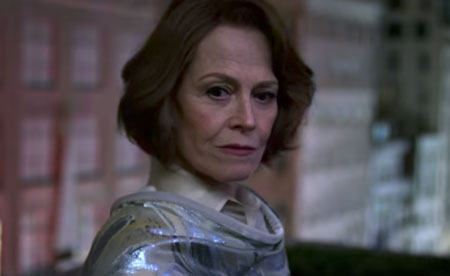 She starred in the movies, Gorillas in the Mist and Working Girl two years later in 1988 which helped her to receive two more Oscars nominations. She then became honorary chairwoman of the Dian Fossey Gorilla Fund after her movie.

Weaver once outlined the threat to ocean habitats posed by deep-sea trawling in a conference at a United Nations General Assembly in 2006 and also hosted the annual gala of Trickle Up Program which focuses in poverty mainly for women and disabled people. 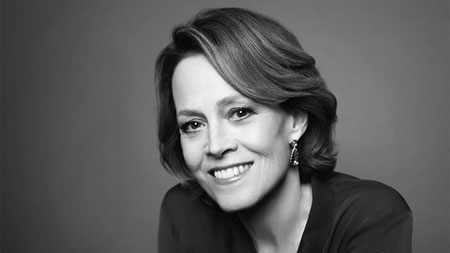