A new member of the brood!

Lin-Manuel Miranda announced on his social media account on Twitter that he is going to become a father for the second time. His wife, Vanessa Nadal is expecting another child.

The Award-winning composer and his wife stepped out during this year London Evening Standard Theatre Awards where it was clear Vanessa was sporting a baby bump. 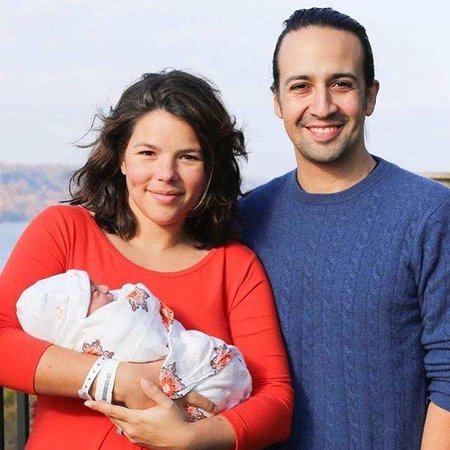 Lin-Manuel Miranda and Vanessa announced that they are expecting a second child
Source: Heavy

Though at first many of us thought it's just a dress and nothing more but then Lin himself confirmed it. When he shared a picture of himself with his wife during the red carpet event, one of his fans asked him if his wife is pregnant or not.

To which he answered, 'Oh hell yeah.'

Now that he gave us a big nod, we can confidently say the Tony-winning creator is going to become a father for the second time. Well, the pair is now experienced on how to change diapers and handle kids as they are already a parent to a boy.

They welcomed their first child, Sebastian Miranda, in November 2014. His son also appeared in the critically acclaimed show, Hamilton.

At such a young age, when many of us are eating sand and dirt, then there are some like Sebastian. He is now 3-year-old and eager to wait for his new siblings.

Lin and Vanessa tied the knot back on 5th September 2010. This is the first marriage for both of them. Lin is credited for his work in hit movies like Moana and The Odd Life of Timothy Green.