Home Article A Second Baby On The Way; Actress Christy Carlson Romano Is Pregnant With Her Second Child With Husband Brendan Rooney

A Second Baby On The Way; Actress Christy Carlson Romano Is Pregnant With Her Second Child With Husband Brendan Rooney 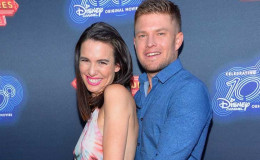 American actress Christy Carlson Romano is expecting her second child with spouse Brendan Rooney; They are already a parent of one Daughter.

Christy Carlson Romano and husband Brendan Rooney are expecting their second child together.

An Even Stevens in the house! 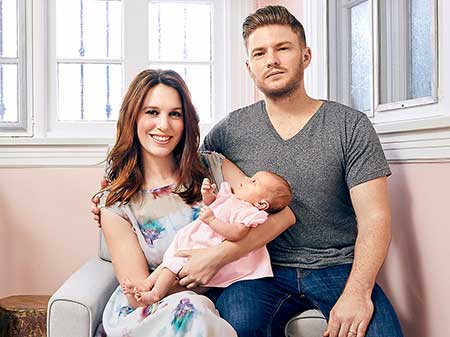 In the picture, their daughter, Isabella Victoria Rooney, is sleeping while both of them are signaling to stay quiet or she'll wake up.

We are so excited, we just can't keep this a secret any longer! @thebrendanrooney and I are thrilled to announce that we're expecting again!This pregnancy has been great thanks to @avawomen helping track my health and providing updates along the way. One less thing to think about while trying to keep up with @isabellavrooney Shhh... Don't tell her she's gonna have to share her toys soon!  For all of you TTC ladies out there, Ava is an amazing fertility tracker as well! it predicts your fertile days in real time, so you know exactly when to start trying! Learn more at avawomen.com and use code “CCR” for $20 off a bracelet #AvaPartner (Link to @people announcement in Bio)

A post shared by Christy Carlson Romano (@thechristycarlsonromano) on Aug 31, 2018 at 1:04pm PDT

With this announcement, the family of three will now become a family of four. Though Cadel Kelly star chose not to reveal the gender of their upcoming child.

The actress is exuberant at the moment and during an exclusive interview with People Magazine, she stated,

“I always wanted two kids and I feel so blessed to have this experience again.”

“My husband and I are overjoyed that our little girl is going to have a sibling.”

But it's been a hard couple of months for her. Her schedule has been busy quite lately which somehow affected her. She wasn't able to spend as much time she wanted with her daughter and husband.

And to tackle the situation, her husband and daughter have been traveling with her just so the family can spend time together. She and her husband Brendan Rooney tied the knot back in 2013.