Home Article Actor Tyler Harcott and Genevieve Gorder married in 2006 But they were divorced in 2013, do they have any child?

Actor Tyler Harcott and Genevieve Gorder married in 2006 But they were divorced in 2013, do they have any child? 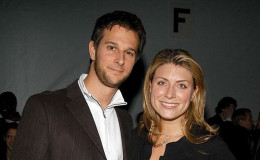 Tyler Harcott and Genevieve Gorder were married from 2006 to 2013. They have a daughter together named. Bebelle Harcott. Currently, both of them are dating their respective partners.

Genevieve Gorder, the television personality is currently in a married relationship with Christian Dunbar. He is a renowned interior designer and furniture builder. 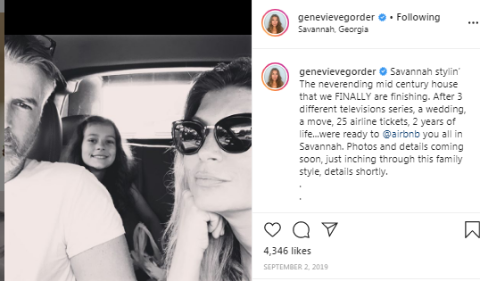 Kindling romance for years, Goder and Dunbar took their romantic affair into holy matrimony in September 2018. Most notably, Christian adopted Genevieve's child from her past affair. He is now referred to as the proud stepfather of Bebelle.

Gorder and Dunbar share some common things that make their bond even stronger. Both of them are fond of natural beauty and show interest in architects, designs.

Most recently, the two celebrated their first wedding anniversary on 22 September 2019 and shared a snap of holding one another. Genevieve and Christian have been united as life partners for a year and six months today.

Tyler Wayne first met Genevieve Gorder in 2003 on the TV show 'A Dating Story'. The episode of the show on which they met never aired but the couple continued dating.

Tyler was instantly attracted to Genevieve on the set of 'A Dating Story' and convinced her to date him after breaking up with his girlfriend two days before asking her out.

Tyler has been a host of TLC’s 'Junkyard Wars' and 'Miss America: Countdown to the Crown'. Genevieve has also been the host of many popular shows like 'Trading Spaces', 'Dear Genevieve', 'HGTV Design Star' and 'Genevieve's Renovation'.

The couple married in 2006 and gave birth to their only child, Bebelle Gorder in 2008 followed by two years of their wedding. "Dear Genevieve" host and her beau were happy in their conjugal life, all of a sudden the relationship turned sour.

The pair ends up with a decision of parting separate ways due to some personal issues. Tyler and Genevieve finalized the divorce in 2013. The former couple has never made any comments about their divorce or the reason for their separations.

Right after the split, there were rumors about Genevieve having an affair with her co-star, David Bromstad which she has denied by calling him just a good friend.

Bebelle Harcott, the beautiful daughter of the former couple

Bebelle Harcott, born in 2008, currently resides with her mother in an apartment in Manhattan. It seems like Genevieve has won the custody of her daughter.

Genevieve’s apartment where she lives with her daughter was also featured in her show 'Genevieve's Renovation'.

Genevieve also lived with her daughter in New Jersey in her apartment while the apartment in Manhattan was being renovated.

Tyler and Genevieve are dating other people

However, Genevieve has been quoted saying she is “deliriously happy” and in a serious relationship with Anthony Carrino.

Genevieve with her boyfriend Anthony Carrino

Similarly, Tyler stepped out as a couple with Heather Graham first in October 2014. It was reported that the couple was affectionate in between the Red Carpet interviews and were happy while introducing themselves as a couple.

Tyler and Heather have been spotted together in many places and events for the past 2 years.