Home Article Actress Amanda Seyfried and her boyfriend Thomas Sadoski are getting married. When is marriage date.

Actress Amanda Seyfried and her boyfriend Thomas Sadoski are getting married. When is marriage date. 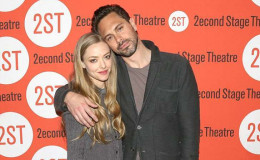 Amanda Seyfried got engaged to her boyfriend of six months on September. But is she planning on getting married any time soon??

Amanda Seyfried has been dating Thomas Sadoski for over 6 months. The couple recently got engaged and confirmed their engagement on September 12, 2016.

The actress was first spotted wearing the ring on September 6, 2016, while walking her dog, Finn in New York City.

Blooming Romance between Amanda and Thomas

The couple first met on the sets of 'The Way We Get By' on which they starred in together. The two started dating after being reconnected while filming 'The Last Word'.

However, word is that Amanda and Thomas had something cooking between them even before Thomas got married.

Before dating Amanda, Thomas was married to Kimberly hope. Thomas married Kimberly in 2007 and separated after eight years of marriage in October 2015.

Amanda has also broken up with Justin Long before she started dating Thomas. Amanda has been in a relationship with Justin before walking their separate ways in October 2015.

The reason for their break up was coined “different lives” which made the relationship too difficult. The break-up has left Justin heartbroken.

The 'Dear John' actress was reported to have been in several other relationships like her 'Mamma Mia' co-star Dominic Cooper, Josh Hartnett, Ryan Philippe, Desmond Harrington and Alexander Skarsgard.

Amanda Seyfried has been spotted flashing her ring several times after her engagement was made official.

Two days after she made her engagement with boyfriend Thomas Sadoski official, She could not help but raise a coy hand through her hair and flash her delicate not so traditional engagement ring.

It can certainly not be denied that the actress looks happier than ever and is in the 9th cloud.

Amanda spotted with ring while walking her dog

Amanda and Thomas are planning to get married

While we are all wondering who or what Amanda will be wearing for her wedding, Amanda is certain that she definitely will not be following the tradition.

“I got married so many times in my life—onscreen!" she said with a laugh, “I don't want a white dress! I've worn so many of them. You know what I mean? The fact is that kind of stuff is less about the ceremony and more about the commitment. So it's like children. That's where it's at, right? For me. But it's different for everybody."

Amanda has also been planning children. "I'd like to have one in the next four or five years. And the second one can happen between 35 and 40. Or I can adopt...its fine. I definitely want to a couple kids" she said to E! News.

Seems like Amanda is all set for the future. Wonder when the couple will announce the date for their wedding. With what Amanda has to say, she is in no rush for tying the knot.