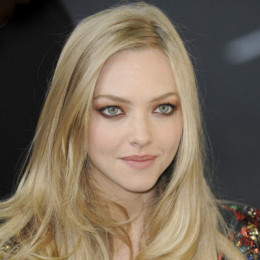 Amanda Michelle Seyfried is an American actress and singer best known for her roles on Ted 2, Jennifer's Body, In Time, Dear John, A Million Ways to Die in the West , Letters to Juliet, Lovelace, Gone. She is the daughter of Ann (Sander),a occupational therapist and Jack Seyfried, a pharmacist. She has some Scots-Irish and English ancestry but mostly German descent. In 2011, she was ranked #1 on People magazine's "25 Beauties (and Hotties) at 25" list.

Talking about her personal life, she has not been married yet and obviously she has no kids. As she is so beautiful and glamorous, lots of guys want to be her partner. She has dated a long list of actors and model but never married one. Her relationship with boyfriends has not been so successful. Though she has played several lead roles in various movies but yet has not received any honorable award which has dragged her into a controversy.