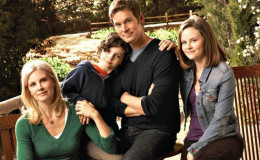 An American actress, Amber Marie Mellott also known as Amber Jaeger is well known for her Movie ‘Take me Home’. Almost a decade ago, she was married to Sam Jaeger, an American actor, and screenwriter. It’s something astonishing being together for more than a decade. They are both active in the industry supporting each other. Let’s see how they are spending their married Life with their children.

An American actress, Amber Marie Mellott was also known as Amber Jaeger is a well-known face of Hollywood who has managed to win the heart of millions of people through her amazing talent and charismatic personality. However, today we are here not to discuss her professional but her personal life.

Almost a decade ago, she married Sam Jaeger, an American actor, and screenwriter. The couple seems to be so much in love with no rumors of a divorce. Let’s see how they are spending their married Life with their children.

Amber and Sam first met in 1999 while they were attending Otterbein College. Two of them began dating during their college days. 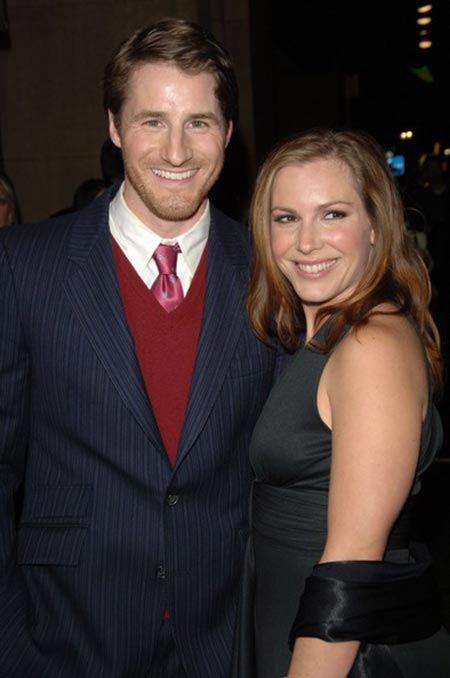 After a couple of years of dating, the duo finally tied the knot in August 2007. Their wedding ceremony was a private event where only close friends and family were invited.

Now, they are living happily with their children with no any rumors of them getting a divorce or having an extramarital affair.

Prior to Sam, Amber was married to someone else and she even has a daughter from her first marriage and the details of her first husband has still not been revealed.

Her beautiful daughter Aubrey was born in 1995. After the separation of her parents, she started Living with her mother Amber.

Later, when Sam and Amber came together Sam was more than happy to be the father figure in Aubrey's life.

We can say along with their three sons and a stepdaughter named Aubrey, the duo is living the life of their dream.

The Couple Starred Together In A Movie.

Back in 2011, Sam and Amber appeared in a movie together named 'Take Me Home' which was directed and written by Sam himself.

It was a beautiful movie and their chemistry was also very amazing. The movie actually showed all of us the magic bonding between them and it was surely a treat to watch.

Sam Jaeger is an American actor and screenwriter who started his acting career from his college days with a small role in American TV series 'Law & Order'.

Before getting into the Hollywood industry, he acted on several theater stages in New York. His career turned into something new when he got a chance to act in the well-known feature films 'Traffic' and 'Behind Enemy Lines' in 2000 and 2001 respectively.