Home Article Actress Danielle Panabaker broke up with boyfriend Zachary Abel. What are they doing now?

Actress Danielle Panabaker broke up with boyfriend Zachary Abel. What are they doing now? 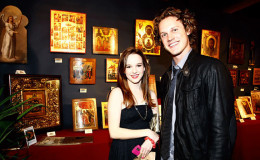 Actress Danielle Panabaker was dating Zachary Abel for almost five years. Let's find out about their relationship and love story.

The sensational yet beautiful actress Danielle Panabaker was in a relationship with Zachary Abel. Both of them were enjoying their romantic relationship and were living their lavishing life to its extent.

As people were starting rumors about their marriage, they suddenly broke up without even disclosing the reason and left us wondering till today. Let's find out about their past relations and present story. shall we?

Know about Danielle and Zachary's career

The 29-year-old Danielle Nicole Panabaker is a beautiful American actress who started her career as a TV series actor during her teenage.

She has appeared in several famous Disney movies back then. Some of her prominent performances could be seen in movies like 'Stuck in Suburbs' in 2004; 'Sky High' in 2005.

Zachary himself is a renowned American actor who was born and brought up in the small town of Middletown, Indiana.

Abel is best known for his character as Carter Anderson in one of the family series 'Make it or Break it.'

Abel is one year older than girlfriend Danielle. They both started dating in 2010. Both talented individuals appear to be sophisticated and gave us relationship goals for a long time.

The media was kind of in a turmoil when they found out that the two has decided to part their ways.

Some sources also revealed that both of them were rather in a conflicted relationship and when the things between them started to fall apart they decided to break up.

The two talented yet gorgeous actors in the American television met during Danielle’s 2010 release 'Weakness'.

At the beginning of their relationship they were just friends but after weeks of just being friends they fell in love and started dating with an open commitment.

They were followed by paparazzis and reporters and cited to be the cutest teenager couple inside Hollywood.

They even appeared together in several social events and made us their fan by sharing cute pictures on social media sites. They suddenly became Hollywood’s most loved and adorable couple.

Things were alright for some times, but after that due to their growing differences they broke up and are busy in their respective lives.

Danielle has now moved on with her life. She is currently engaged to an entertainment attorney Hayes Robbins.

They both met through mutual friends a few years ago and got engaged recently on a vacation trip in Greece.

The Flash actress is now flashing her gigantic yet elegant diamond ring in the social media sites and people are without a doubt loving it.

Is Zachary enjoying his bachelorhood?

It was rumored that Zach was romantically involved with his "partner in crime" Elizabeth Henstridge. As they are working together for Smile Train Partners and helping save unfortunate children lives from harmfull diseases.

Though both of them has not confirmed their relationship we must say they look adorable together.

Despite everybody's wish to see Danielle and Zachary getting married, the least we can do is wish both of them a happy and prosperous life ahead with whoever they get married to.