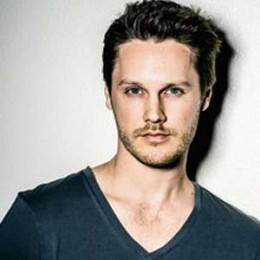 Zachary Abel is an actor. He is best known for portraying Carter Anderson in the ABC Family series "Make It or Break It". He grew up in the small town of Middletown. Zachary Studied finance and international business at Washington University in St. Louis. Zachary began his acting career in 2007. He appeared in an episode of a CSI: Crime Scene Investigation. He got his major chance by playing a character of Jonah Madigan, in a web television "My Alibi" a series produced by Take180.

Zachary Abel has also appeared in a 2009 horror film "Forget Me Not". He played a substantial role in the ABC Family drama The Secret Life of the American Teenager in which he appeared as a Max Enriquez, the stepbrother of Adrian Lee, whom he made an intimate relationship. He is a dating to Danielle Panabaker since May 2010. He is living his life very happily and comfortably with her so there are no signs of separation.