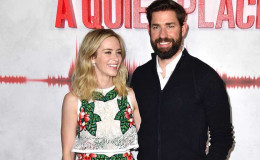 Emily Blunt is famous English actress is known for her great performance in The Lopper, Edge of Tomorrow and The Adjustment Bureau/ She is married to American actor JohnKarsinski famous for his performance in the classic comedy movie The Office

One of the charming and sensational actresses, Emily Blunt is married to John Krasinski. The real-life couple even made it into reel through 2018 thriller drama A Quiet Place.

Our very own favorite Sicario Emily and secret soldier John have been married 8 years. The duo already has two children together. But, do you know how did our Hollywood couple meet?

John confessed on The Ellen Show that it was complete love at first sight for him. Emily met her husband John through their mutual friend Gregg in 2008. They first shared their glances at a restaurant in LA.

He also revealed in the Ellen show, from that day he started stalking her. He became a fan of her movie The Devil Wears Prada and even watched it more than 25 times. 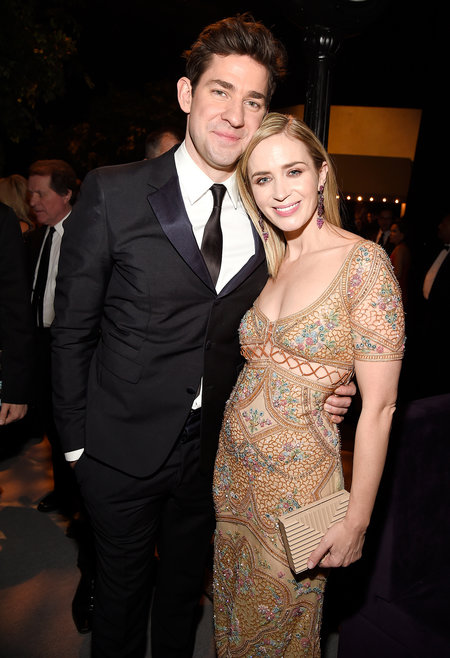 The couple started dating in 2008. Within one year they got so much closer and found themselves in each other that they decided to get engaged in 2009. And in 2010, the couple turned their engagement into marriage.

The wedding of Hollywood’s favorite couple was held in Villa d'este in Como, Italy. All their beloved relatives, friends and biggest Hollywood celebrity were invited.

Our couple goal Emily and John also shared their secret to long happy relationships. Emily remarks making time for family and keeping them on priorities is the major key to the unconditional longlasting bond.

They have 2 beautiful daughters. First one, Hazel was born in 2014, four years after marriage. The couple again gave birth to another girl Violet in 2016. 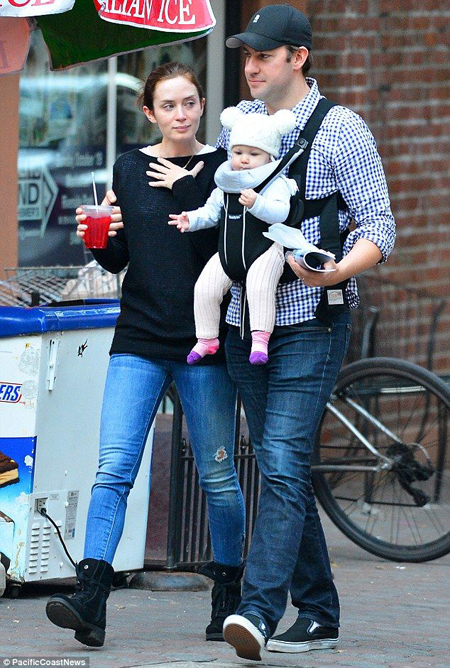 Emily and John with Hanzel when she was just a year old
Source: Pacific Coast News

With time, they proved to be great parents. The couple also made remarks in some interview that if they aren’t working, they are at home with the little girls.

Michael Buble, the Canadian singer is the most known Emily Blunt’s ex-boyfriend. Emily met Michael at the backstage of Australian Television Logie Awards in Melbourne. 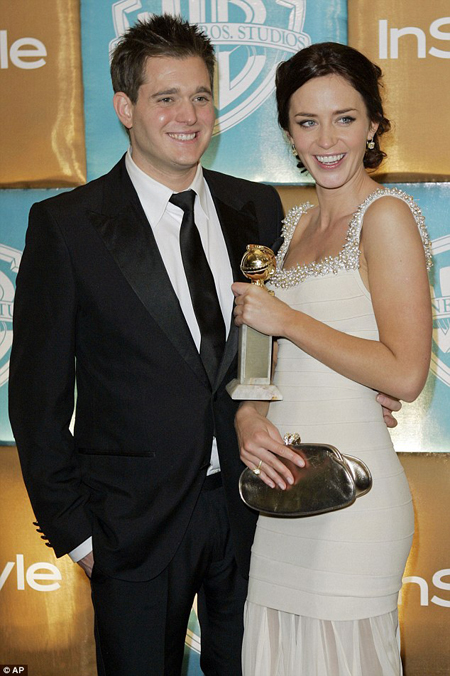 Emily with her ex-boyfriend Buble, before dating her husband John
Source: Pinterest

Before John, she dated him for three years since 2005. 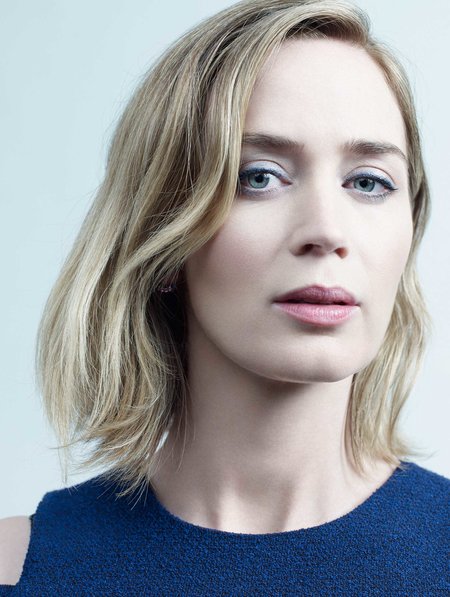