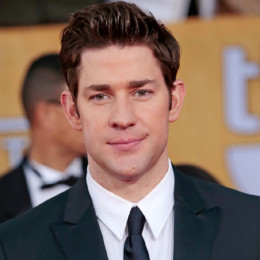 John Kransinski is a popular American actor, director and also screenwriter who is popular for his role in TV series named The Office. He is son to Mary Claire who is professionally a nurse and Ronald Krasinski who is an internist. He is the youngest of all his three brothers. He is of Irish polish descent. He first started his acting career by acting in a satirical high school play. He graduated from Newton South High School. Later on, he came to fame from blockbuster movie named Jarhead. Since he was featured in People Magazine's Sexiest Men Alive which was issued in 2006, it's no wonder he has dated some pretty and lucky girl's. But recently, he got married to his longtime sweetheart and a popular American actress.

There are no rumor of any divorce and extramarital affairs from both sides so we can conclude they are leading very happy married life. Together, they are parents of a beautiful daughter.

John Burke Krasinski was born on 20 October 1979 in Brighton, Boston, Massachusetts to the family of Ronald Krasinski, an internist, and Mary Clare, a nurse. His birth sign is Libra.

He has two elder brothers Paul Krasinski and Kevin Krasinski. He spent most of his childhood days in Newton, a suburb west of Boston in Roman Catholics. He studied at  Newton South High School and completed his graduation in 1997.

While in school, he made his stage debut as Daddy Warbucks in the musical Annie. He also performed in The Office with co-star B.J. Novak during his high school days.

He completed his graduation from Brown University in theatre arts in 2001. Also, he attended the National Theater Institute in Waterford, Connecticut. He stands at a height of 6.26 feet (1.91m).

He began his professional career as a scriptwriter on the show Late Night with Conan O'Brien. He received wide recognition performing in NBC sitcom The Office in 2004.

In 2008, he appeared alongside George Clooney and Renée Zellweger in Leatherheads. The next year, he made his directorial debut in the comedy-drama movie Brief Interviews with Hideous Men.

He worked together with co-writer Matt Damon on the famous drama Manchester by the Sea with Michelle Williams and Casey Affleck in 2016. It was the same year he starred in biographical war film 13 Hours: The Secret Soldiers of Benghazi.

Detroit was the only Krasinski's that was released in 2017. In 2018, he received wide success being a co-writer and director of A Quiet Place appearing with his wife Emily Blunt.

Some of his movies include Smiley Face, It's Complicated, Something Borrowed, The Wind Rises, Born in China, and Animal Crackers. In addition, Law & Order: Criminal Intent, CSI: Crime Scene Investigation, Robot Chicken, and Tom Clancy's Jack Ryan are some of his successful TV roles.

In 2009, Krasinski received National Board of Review Award for Best Cast for his performance in It's Complicated. Two years later, he grabbed the Teen Choice Awards for Choice Movie Actor: Romantic Comedy in Something Borrowed.

Moreover, he received many awards and nominations for his TV performances. In 2006, he won Online Film & Television Association Award for Best Supporting Actor in a Comedy Series in The Office. The next year he was honored with three awards including Gold Derby TV Award, Screen Actors Guild Award, and Online Film & Television Association Award for the same role. 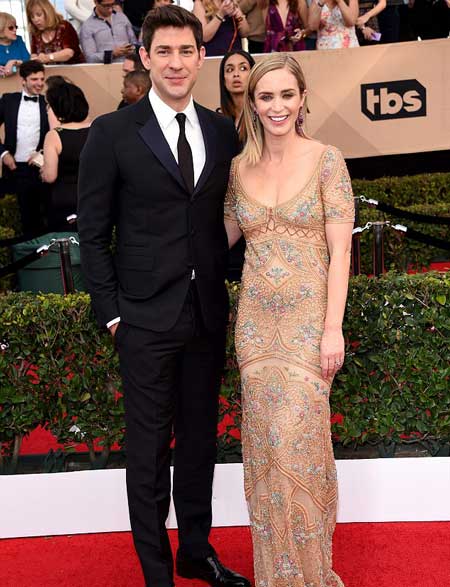 In 2008, he received Screen Actors Guild Award in the category of Outstanding Performance by an Ensemble in a Comedy Series for his amazing performance in The Office.

In addition, he was nominated for three Primetime Emmys; one for The Office: Farewells in 2013 and the other for Lip Sync Battle in 2016.

Krasinski has an estimated net worth of about $30 million as of the Celebrity net worthwhile it is about $12 million as per the Richest.

He received $100,000 per episode while performing in his breakthrough series The Office. His latest movie A Quiet Place grossed a total of $85 million only in the United States only in the opening weekend.

The movie collected $187.2 million in the United States and $329.9 million worldwide.

The couple purchased 5,200 square feet home for $6 million in 2015. The residence has four and potentially seven bedrooms and 3.5 bathrooms.

The house was put for same in September 2017 for $8 million. In December 2016, they sold a semi-rural estate in Ojai, CA for $2.4 million being purchased four years earlier for $2.15 million. They sold a 3,483 square foot custom-renovated home in Los Angeles for $3.505 million to concert T-shirt tycoon Dell Furano.

Krasinski previously dated actress Rashida Jones from 2005 to 2006. The Office onscreen couple fell in love at the same time and became an inseparable pair offscreen.

After separating from Jones, Krasinski began dating co-star Renee Zellweger in 2007. After some time being together, they went in a separate way. 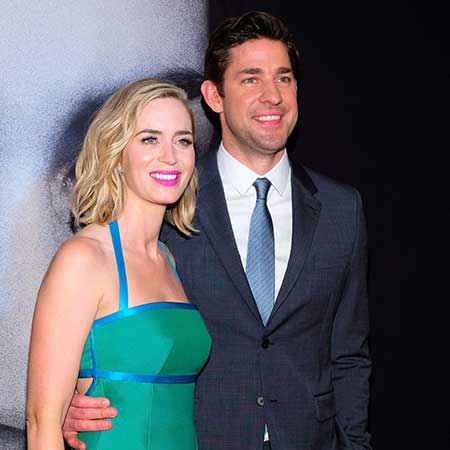 The star met British actress Emily Blunt in 2008 via a mutual friend Gregg and started dating the same year. They became engaged in August 2008 and married two years later in Como, Italy on 10 July 2010.

They are blessed with two daughters Hazel Krasinski born in February 2014 and Violet Krasinski in July 2016. The couple starred together in A Quiet Place for the first time and Krasinski mentioned that it was a beautiful experience. They portray the role of a husband and wife trying to protect their kids in the movie.

John Krasinski at The Tonight Show Starring Jimmy Fallon, check out the video;

Actually they were set up in relation by their friend Anne Hathaway. After dating for two years they turned their relation into marriage. Together they are parents of one child.

She is very cute and adorable daughter of the couple. Her picture along with herr mother can be found in different sites.