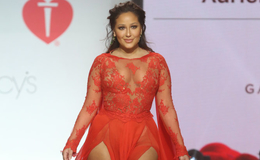 Adrienne Bailon needed to drop some unwanted weight before her big day. But, despite having like only two months until her wedding, she still managed to get em off. Well, how was she able to accomplish her weight loss goal?

The Cheetah Girls alum Adrienne Bailon is happily married to the love of his life, Israel Houghton. Bailon and Houghton exchanged their marital vows in a beautiful wedding held at the Hôtel Plaza Athénée Paris where the singer looked stunning in a body-hugging white dress from Ryan and Walter Bridal. 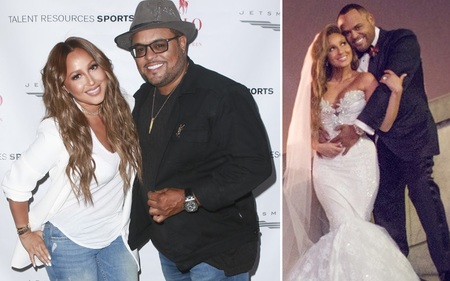 Truly, Bailon looked beautiful as ever. And with a new flawless body to rock her special day, more attention was obviously bound to be on her. Matter of fact, more than her wedding, it was her weight loss transformation that became the talk of the town.

After all, the Disney alum lost a whopping of more than 20 pounds in only two months. Wondering, how is it even possible? Luckily, we have all the secrets to Adrienne Bailon's weight loss transformation to share with you guys. See, all the details below.

Carbaholic Bailon Gave Up On Carbs

Losing weight in less than two months was a matter of serious topic for both Adrienne and her partner which is why she relied on healthy regimens. Bailon consulted with doctors, nutritionist and also hired a personal trainer to get on her weight loss journey. 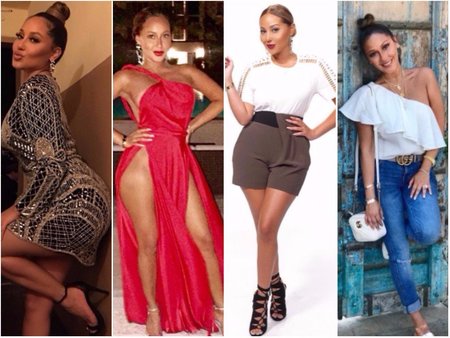 Bailon had always been a major foodie. In fact, it was food that brought the actress and her partner together. But, when she had to lose weight, she cut off a lot of food including heavy carbs that she was used to eating every day.

Besides, Bailon added plant-based protein to her diet which was the first thing she ate after waking up and before going to bed. She enjoyed egg, avocado, and salad for her breakfast whilst she had nuts and yogurt as her workout snacks. She would usually consume sashimi salmon for her lunch and fish for dinner.

The most important part of her diet was the fact that dairy and alcohol were strictly restricted. Also, her nutritionist had maintained to keep a perfect balance and portion of food on her plate.

But, it wasn't just the actress who was on a strict diet but her then-soon to be groom, Israel too. And, knowingly, their weight loss journey wasn't going to be possible with sacrificing a little sweat in the gym. Adrienne spent a lot of time in the gym.

Trainer Massy Arias reveals that Bailon worked for more than 90 minutes every day and from three to four days a week. Cardio, treadmill walk, and jogging were some of the regular parts of her workout sessions. Matter of fact, she didn't even take any break whilst she exercised. 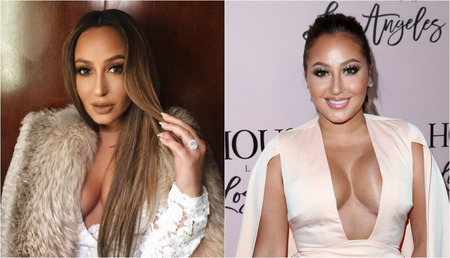 With continuous hard work and effort, Bailon succeeded to lose 22 Pounds whilst her husband lost 25 Ibs in sixty days. Speaking of her dramatic weight loss journey, Arias, in an interview, said:

"Her goal was to get down to her usual weight. A lot of people don't know this, but she's very tiny, she's 4'9''. She's always had her goal weight in mind so she wanted to get back to a weight that she was comfortable with prior to gaining a few pounds."

Bailon wanted to look the best on her special day and we're glad she did. On the other side, two years later, the actress says she has gained back some of the weight. But Adrienne says she doesn't lose her weight for anyone. She is proud of her skin, something Bailon learned to do after struggling long enough to love them.