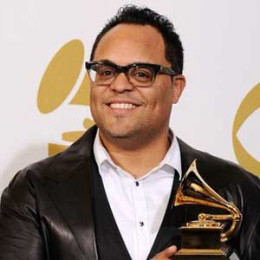 An American musician, worship leader, plus singer, Israel Houghton is a four-time Grammy Award winner. He is one of the best traditional Gospel singer plus best pop and contemporary singer. Israel is also credited as Israel and Breed. He created a movement to those who believed that worship and justice go hand in hand. The worship leader, Israel is also a GMA Dove Award winner for album of the year and the song of the year.

The early life of Israel Houghton

From an early age, he was interested in singing as well as music. He released his first album in 1997 named, Whisper It Loud. Israel's produced an album titled, Bigger Than My Imagination by Michael Gungor which was listed as one of the year's best worshiped album by Christianity Today review.

Moreover, he released many other albums including- A Deeper Level, Decade, Jesus at the Centre: Live, Covered: Alive in Asia and so on. He served as a worship leader for Champion for Chris events and Promise Keepers from 2006-2010. He is as popular as the singer, Avi Kaplan, Vickie Winans, and Toni Braxton.

Israel Houghton married Meleasa Houghton, a popular Gospel singer plus Grammy Award nominee in 1996. For the first time, the couple met at the Houghton's ministry in Pittsburgh, and right after that, they started dating each other.

The couple has three children together- Mariah, Milan Jordan, and Israel. Their marriage and separation attracted many controversies. The couple separated after a long relation of 20 years. So, the matter became a hot gossip topic in the town. Israel and Meleasa divorced in 2016.

Soon after Israel announced his relation with the co-host of Real, Adrienne Bailon. Israel and Adrienne married on 11th November 2016. They have no children yet and are together till today.

Israel has an estimated net worth of $8 million. His house is located in a suburb of Houston, and currently, it is worth $797000. He is living a great life with his new wife.

Israel Houghton married Gospel singer, Meleasa Houghton in 1996 and has three children. Moreover, they divorced in 2016 after 20 years of long relation.

After the separation with Meleasa, Israel Houghton married Adrienna Bailon in 2016. They are still together and has no children yet.

The elder child of Israel Houghton and Meleasa Houghton is Mariah Houghton who married Byron Rideau in 2016 and also has a son.

Israel Houghton Jr is the second child of Israel Houghton and Meleasa Houghton. He is also known as Sonny and is very close to both of the parents but especially with his mom.

The youngest child of Israel Houghton and Meleasa Houghton is Milan Lille Houghton. She is very beautiful with curly hair and is in her teens.