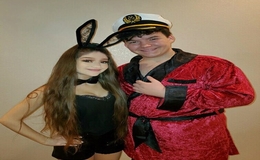 Aedin Mincks is the child most remember from The Sarah Silverman Program. Mincks has grown up into a beautiful man and also an actor, to state the obvious. Not to mention, the grown-up child actor has also bagged a beautiful girlfriend.

Of course, Aedin Mincks who is currently best known for his role as Mitch on Cobra Kai and as Angus Chestnut on A.N.T. Farm is not so little anymore. The former child actor is a grown-up man and has spent the majority of his life in front of the camera. 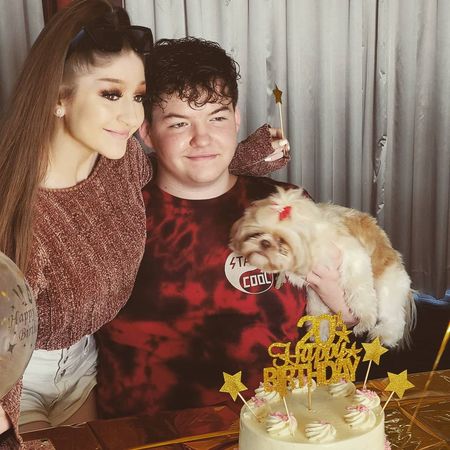 But, speaking of Mincks' love life, the actor is in a relationship with his girlfriend Lilly Falbo. Unlike Micks, his girlfriend, however, isn't an actress or involved in the acting industry.

Other than that, it seems as if Mincks and Falbo have been dating since mid-2020. Aedin first confirmed his relationship with Lilly on his Instagram page in June 2020 by posting a selfie of them together.

Well, it was on the occasion of Lilly's 20th birthday and Aedin wanted to make sure his girlfriend felt special on her big day. So, Aedin wrote a sweet message by writing, "Happy 20th Birthday to my soulmate Lilly. I'm so happy you got to spend it with me and you make me laugh like no other. I love you," Aw. 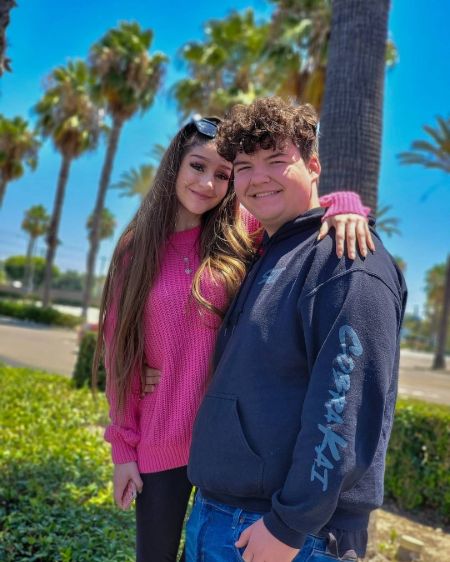 The young lovebirds have been constantly sharing adorable pictures of themselves ever since. Needless to mention, Mincks and his girlfriend are not shy to open up about their relationship on Instagram.

In addition, although both of them were born in the same year, Lilly is four months older than Mincks. And, while Aedin is from Georgia, Lilly is from California.

As a Libra born on 10th October 2000, Mincks who is currently based in California was born and raised in Georgia where he grew up with two elder siblings. And, as the beloved and youngest child of his parents, Mincks grew passionate about acting since a young age.

Amazingly, Mincks was only six years old when he embarked on his acting journey by performing for commercial including Capital One and Verizon. But, Mincks and his parents knew he could accomplish more so he applied for auditions as a child actor for both onscreen and theatrical plays.

Not long after that, Mincks was seen with a minor role of a Balloon Holding Kid on The Sarah Silverman Program. Aedin's acting adventure was then followed by ER, Desperate Housewives, The Forgotten, The Middle, The Hangover Part II, New Girl, Ted, Bad Teacher, The Mick, Cobra Kai co-starring John Cihangir and Golden Shoes among others.

Mincks lives in between Cali and Georgia with his family and two dogs known as Frodo and Angus. Fans can see his dogs pictures on Instagram. In addition, he is a big fond of American football, swimming, history and archery.

And, judging from his achievements so far at just 20 years old, Aedin will definitely go higher places from here.