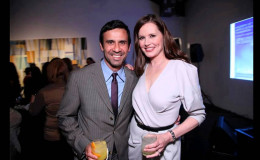 We are here talking about the gorgeous beauty Geena Davis. Yes! she was totally broken when none of her past three marriage went successfully.Despite a huge age gap, she has better understanding and connection with her current husband Reza Jarrahy. Let's get the details over here.

Many people lose their self-esteem and get devastated when their once perfect marriage eventually ends! But only a few are lucky to find their soulmate after such long years and beautiful actress, Geena Davis found her lucky man right after three divorces!

Despite a huge age gap, Davis has better understanding and connection with her current husband, famous plastic surgeon Reza Jarrahy. The amazing couple shares three children and is living a happy life. Let's get a glimpse of perfect married life right here.

Their wonderful story started when Davis met Dr. Reza Jarrahy at a party; the former was 42 and the latter was just 27 at that time. 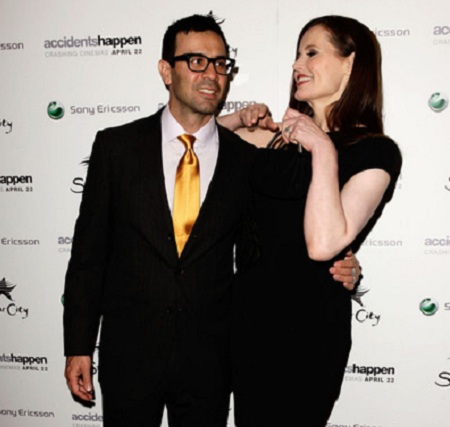 The Geena Davis star was soon attracted to the Iranian-American neurosurgeon after their first meeting. She once said that she was attracted to men whom 'she thought she'd be able to "fix"  and turn into a perfect mate'.

Though the vast age difference created some disturbance in their relationship, everything went at a perfect pace with time. Talking about her relationship with doctor she said,

"A relationship with him seemed a little far-fetched. I remember thinking, This guy is cute -- and ridiculously young. At first, to be honest, I was just approaching it like something that would be fun. I wasn't thinking too far ahead of the game. The amazing thing is, when we started to spend more and more time together, there wasn't anything about our age difference that stuck out. It wasn't like I was sitting there saying, 'What do you mean, you don't know who the Beatles are?' It doesn't feel like we're from different generations, and now we barely notice it at all."

After marrying the man of her life she confessed how the big age 'thing' no longer made any difference and it changed herself and her whole life. She stated,

"I finally managed to change myself, and that changed what seemed attractive to me. Reza is so different from the kind of men I used to be with. I think if I met someone now who was like the guys I was drawn to in the past, I would just start to laugh."

One year after the two married, Davis's life underwent a big change. She became pregnant for the first time in her life.

The couple with their kids attending an event
Source: Getty Images

Taking a responsibility of motherhood was a big deal for her in her 40s but it didn't unnerve her. She recalled,

"If I'd had kids earlier, I could easily have become one of those mothers who over-involve themselves and try to live life through their kids. I'm sure there are younger people who have figured things out long before I did, but in my case, I became a parent with exactly the right person, at exactly the right time."

Despite a difficult past, Davis and Jarrahy are living a blessed life together.

Prior marrying Reza, Geena was married to Richard Emmolo. They tied knots on 25 March 1982 for the very first time. Richard was working as a restaurant manager.

Though the couple seemed very happy in their conjugal life, they couldn't carry on as husband and wife, not for more than just 9 months.

Many people speculated that Davis's busy schedule and the pressure was the main reason behind their divorce.

Davis, The Exorcist actress moved on with actor Jeffrey Goldblum. Jeffrey is best known for starring in Jurassic Park in 1993 and its sequels. 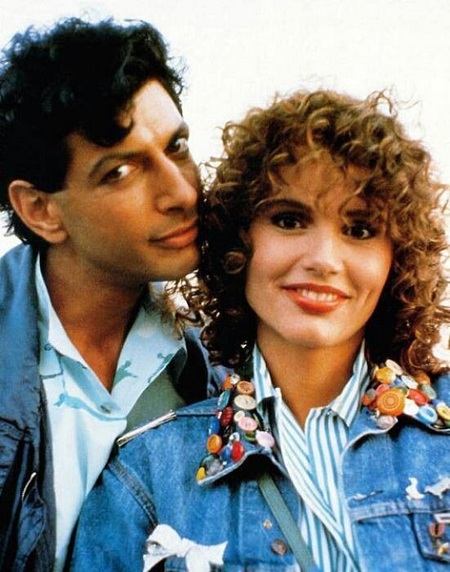 The former couple managed to be together for three years starting from the year 1987.

The gorgeous beauty with two unsuccessful family life found a new love soon after the break. She married the Veteran filmmaker Renny Harlin in 1993. 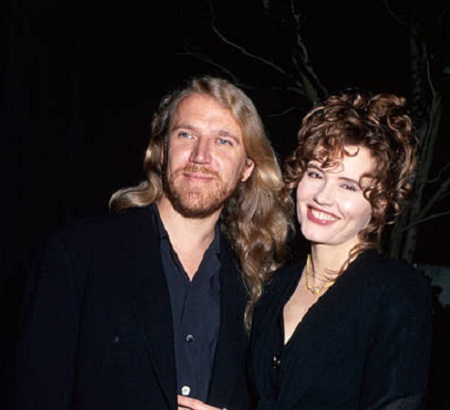 Once a lovely couple; Geena Davis and her third husband Renny Harlin

Harlin is regarded as the most successful Finnish director in the history of Hollywood best known for his works in Die Hard II and Cliffhanger.

The couple split amicably in 1997 after four years together. 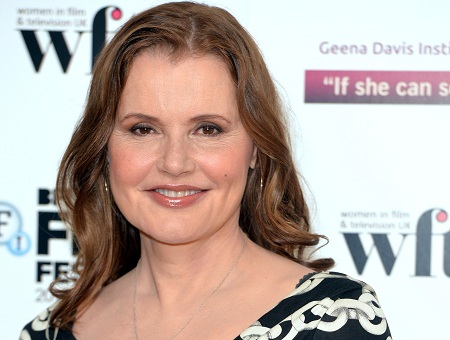