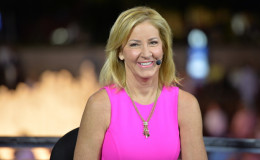 The blonde beauty made her debut at the age of 16. Beyond her bright professional life, her personal life tells a different story. The mother of three from her previous failed marriage is living life by storm and her story is an inspiring one which we should not miss out!

Christine Marie Evert hasn't found anyone yet who could pamper and love her with a whole heart. She is currently looking for a perfect match after multiple failed relationships. As her previous marital affairs did not work out, she wants to walk down the aisle again with proper rires and rituals.

As of now, Chris indulges herself is the Evert Tennis Academy along with her brother in Boca Raton, Florida.  She helps control Saint Andrew's Schol's high school tennis team.

Chris Evert, 63, the three-time Wimbledon champion finally came up with a conclusion that she doesn't need a man to complete her life.

Being busy with tennis, a series of endorsements, business deals, and regular complementary for ESPN, the tennis legend have come so far from perfect love life. 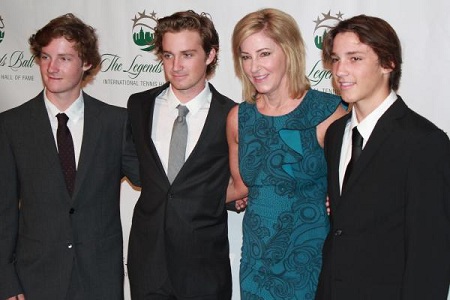 Evert spoke with the PEOPLE during the 28th Chris Evert/ Raymond James Pro-Celebrity Tennis Classic gala where she revealed her relationship status. She stated,

"I am not dating anybody, and I am not looking."

"I needed to be alone for five or six years to find peace in my heart. I had to learn how to rely on myself and not on other people."

After the short-lived (15-month) third marriage with golfer Greg Norman, she finally decided to live all alone and much of independent life.

Just yesterday, on 21st December the 18-time Grand Slam Champion and the WTA's first No.1 celebrated her birthday.

Though she's already been retired from professional tennis in 1989, her hard work and dedication should always be remembered.

Chris Evert's Past Affairs and Relationships

Chris once admitted that she has broken a lot of hearts over the years. Reportedly, she admitted that it was the menopause that played a key role in the downfall of her second marriage.

The mother of three was romantically linked with the top men's player Jimmy Connors. Their lovely relationship grabbed a lot of attention in the 1970s. 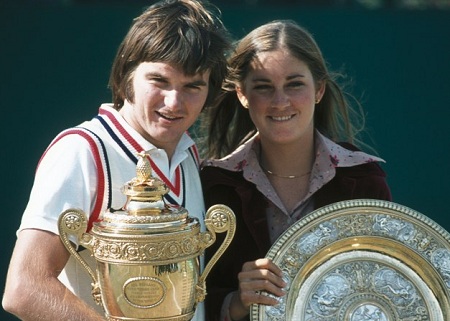 Jimmy Connors and Evert; a golden couple of tennis in the 70s

They got engaged when she was just 19 years of age with the announcement of the wedding date on 8 November 1974. Unfortunately, their relationship couldn't sustain longer and the wedding was called off.

After that, Evert married the British tennis player John Lloyd in 1979. Their relationship didn't last long as Chris had an extra-affair with British singer and actor Adam Faith. 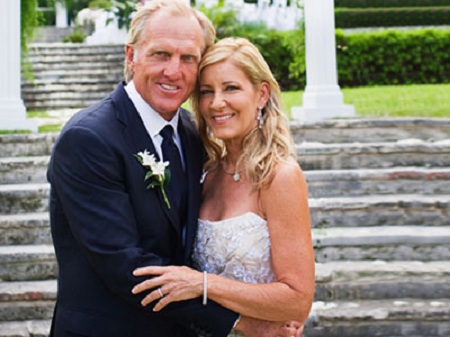 Repeating the same trend of unsuccessful love, she filed for divorce on 13 November 2006 and went on marrying her third husband, Australian golfer Greg Norman on 28 June 2008 in the Bahamas.

This pair, too, separated filing an official divorce on December 8, 2009. They maintained a short-lived conjugal life of only 15 months as they separated on 8 December 2009. Ever since Chris has not been linked with any golfers or players and she's enjoying her singlehood to the fullest.

Some interesting facts of Chris Evert 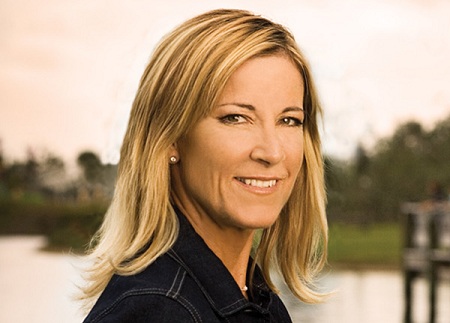