28-year-old British Boxer Anthony Joshua Not Dating; Father Of One Child From His Previous Relationship 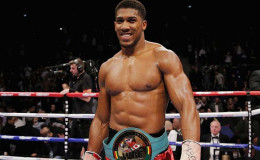 British boxer Anthony Joshua is still single after dating a number of gorgeous ladies in past.

Anthony Joshua, the British professional boxer is currently on top of the heavyweight division. He has decided to dedicate 10 to 12 years of his life to boxing and it seems his decision has affected his personal life to some extent.

The father of one dated a number of gorgeous ladies in past. Let's get details about his personal life and past affairs in today's session.

Anthony Joshua Dating Someone Or Busy In Upgrading His Career

Before making speculations about Joshua's current relationship status, let's see what he himself said about his love life.

During a 2017 interview with the Evening Standard, he said he doesn't have a lot of time for girlfriends and may not settle down anytime soon until his boxing career is over. 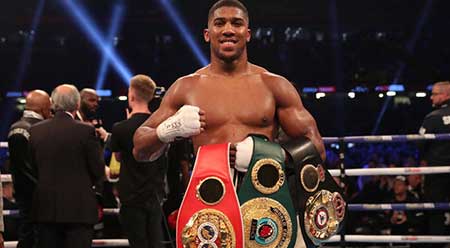 "If people can ride with me for the next 10 to 12 years I would really appreciate it, but if they can't foresee the future I'd rather they jump off the boat because I can't stop for no one right now."

"I was speaking to my coach, who worked with Carl Froch, who had a 12-year career. One day it does finish and now he has all the time in the world to think about business, family."

"Not everyone likes the decisions I make but I've got to make my own decisions. Decisions I make impact others. And my time training means there is not much time for girlfriends either."

He has much to do in his professional career. Winning a gold in the London 2012 Olympics against Roberto Cammarelle, the British heavyweight title in 2015, and the IBF heavyweight championship in April 2016.

Following the path that has been walked by boxing legends #AJBXNG

Simply, he has a long way to go ahead and achieve the best keeping his romantic life aside for a while!

Anthony Joshua's Past Affairs And Relationship

The boxer is blessed with a baby boy, Joseph Bayley Temiloluwa Prince Joshua with his high school love Nicole Osborne.

He surprised his admirers disclosing the news of becoming a dad in April 2016. He revealed the happy news via a Twitter post of his son with a caption 'My lil champ'. 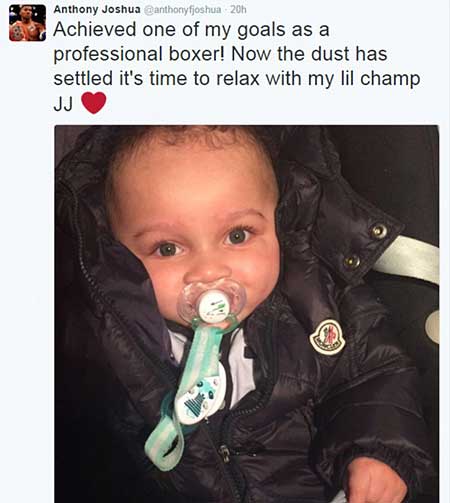 Joshua and Osborne, the pole dancing instructor had been on-off since their school days until things ended in 2016.

He met model Cara Delevingne at a basketball event in London in 2014 when he was still with his high school sweetheart. They started exchanging flirty messages, also exchanged numbers and began a romantic link up. 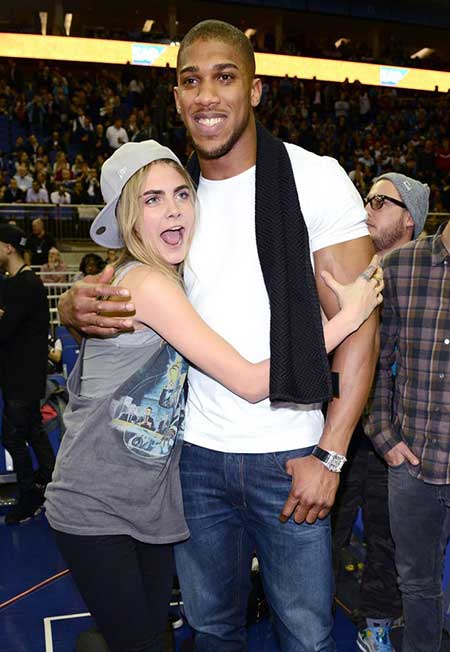 Anthony Joshua and Cara Delevingne together
Source: The Sun

"They chatted and she asked for a picture. They swapped numbers and have had a few texts since. Although with Cara travelingg the world and Anthony training hard for his upcoming fight, there's been no time to meet."

The same year, he was also rumored being romantically linked to pop star Rita Ora but the two never confirmed their relationship. 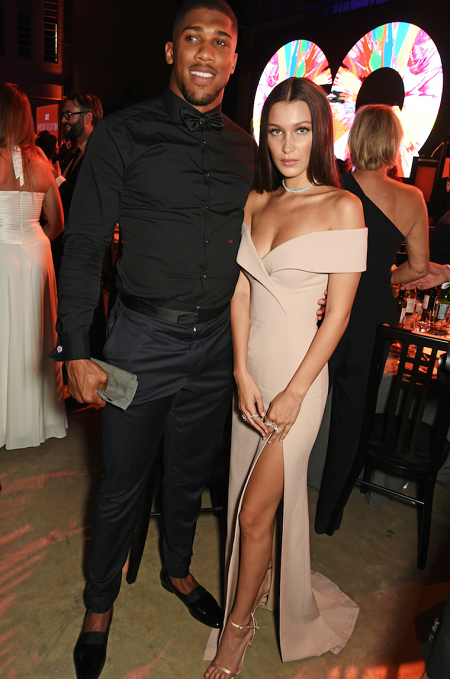 Bella Hadid and Anthony Joshua together at an event
Source: Getty Images

In 2016, he met American model Bella Hadid at the GQ Men of the Year Awards. Joshua looked very happy when he posed with the gorgeous diva for a photoshoot at the Tate Modern in London.

Fans speculated about their relationship when they started exchanging 'likes' on social media. 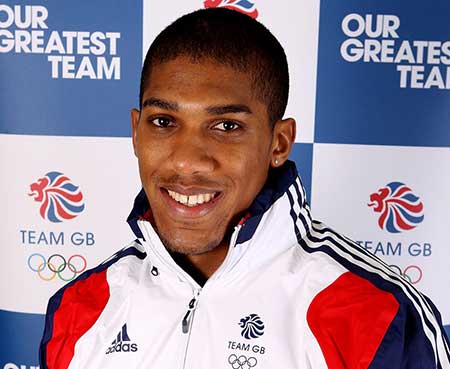