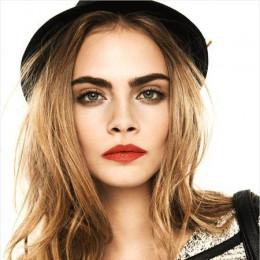 Cara Jocelyn Delevingne is a professional fashion model and actress. She has been awarded the ‘Model of the Year’ award twice at the British Fashion Awards. At the age of 10, she began modeling at editorial shot by Bruce Weber for Vogue Italia.

Cara Delevigne is openly bisexual. Delevingne is currently in a relationship with Ashley Benson. Her girlfriend, Ashley is an actress and model by profession.

The couple moreover is rumored to be married. They, however, have not confirmed the news yet. Before Ashley, she dated musician St. Vincent.

Apart from her relationship, she accused Harvey Weinstein of sexual misconduct. She revealed Harvey tried to kiss her. Harvey as of now was given green light by the judge.

The star moreover has the disease of Psoriasis which is an autoimmune disease. Many other celebrities including Kim Kardashian is living with the disease.

In May 2020, it was reported several times that Cara Delevingne & Ashley Benson broke up after two years of dating and togetherness. And as the couple doesn't like to address much over their relationship in public, Cara and Ashley are also much likely to never disclose their split publicly. 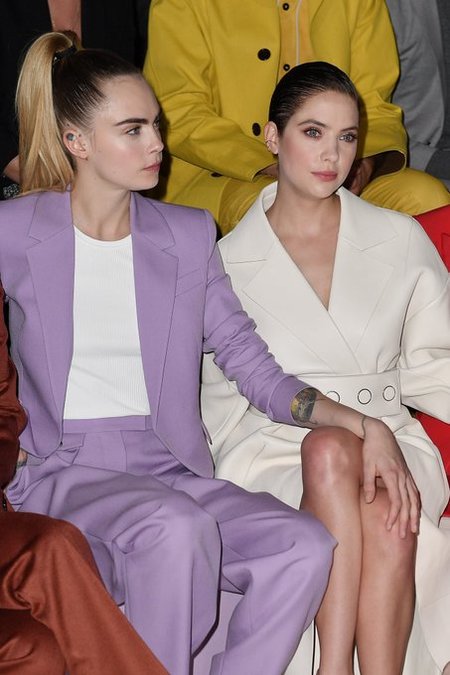 It's also been known that Cara moved out of Ashley's home after ending things with Ashley. The couple, however, shares no bad blood between each other.

Cara Delevingne holds the net worth of around $28 million. She makes the amount from her different professions as actress, model, and singer.

Cara Delevingne was born on 12th August 1992 in London, United Kingdom. She is the daughter of Pandora and Charles Delevingne and has more distant Scottish, Irish, and French ancestry. This stunning lady also is a good singer and plays drums and the guitar pretty well.