'The Real Housewives of Orange County' Star Gretchen Rossi Engaged To Slade Smiley; Had Trouble Conceiving Baby; Know her Past Affairs And Marriage 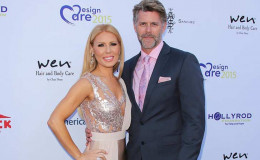 No matter how well a relationship is going, there will be a test of adversity at times. This was the case in Gretchen Rossi's love life with her current fiance Slade Smiley that put the entire relationship in jeopardy.

Slade is not the only man Gretchen dated. She has been in multiple relationships in the past which gathers curiosity amongst her fans as to whom she dated in the past. Let's find out who this beautiful woman dated and what was her relationship like with each.

Gretchen Rossi is in a relationship with Slade Smiley since 2009. After four years together, they took the relationship one step further with an engagement in 2013.

However, things weren't always smooth sailing for the pair as they nearly split over struggles to have children. 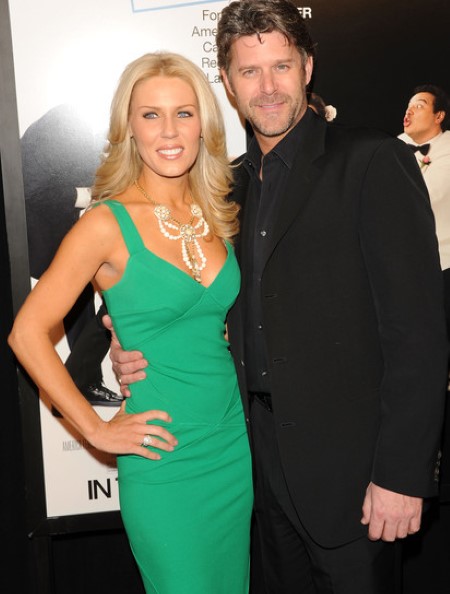 The couple is trying out for a child for four years, going through multiple procedures such as IVF and even reversing Slade's vasectomy. Rossi was quoted as saying:

'There were definitely days where I questioned, should I be with somebody who I can't have a biological child with?'

Rossi further revealed Smiley told him if he can't give her a child, he was willing to end the relationship and she should go find it somewhere else. However, Gretchen realized she wanted to be with her fiance regardless of anything.

Meanwhile, the couple received some good news at last when it was reported in April the pair is finally about to have a baby. Speaking to RadarOnline, Slade Smiley said:

“We are going to have a baby! Gretchen just finished with IVF. We are beyond thrilled and our doctor, Co-founder and Medical Director of the Southern California Reproductive Center, Dr. Mark W. Surrey, was the best! He made this so much easier on us and lives up to his reputation 100 percent.”

Smiley added they never gave and are not going to do so until they have a child of their own. Furthermore, Gretchen and Smiley are scheduled to find out more about this development by the end of June.

Although there are no plans of the couple tying the knot anytime soon, they couldn't be happier together at the moment. In fact, Gretchen revealed there are no problems in their marriage and they wish to have a kid before taking their wedding vows.

Let's hope Rossi and Smiley will soon be a witness to the great news of the pair being finally ready to welcome a new member in their family.

Somehow, the couple Rossi and Smiley struggled a lot to become parents since as long as four years. They began the long and difficult process of IVF but just received failure for a long time.

Gretchen shared an Instagram footage of the emotional moment when she and her partner knew that they were pregnant. She called it "out most memorable moment of 2018".

Here's the Instagram video where Slade and Gretchen are bursting into tears with the joy of being parents for the very first time.

Our most memorable moment of 2018 was when we received this call that we were pregnant!! (swipe left) I have never felt more happiness and joy in my entire life. I’m so excited to finally get to share these very special and intimate videos of Slades and my journey these past few months as we went down the road of IVF & Implantation. I tried to vlog as often as possible so we had these videos to hopefully show our baby one day how very much they were wanted and how much their Mom & Dad fought for them. This last year was one of the most arduous years going through another two rounds of IVF (started our Journey on Jan 5th) but these first two videos make all the pain, the tears, the worry, the anxiety worth it! I’m also showing some home videos of us prepping for the implantation, (taking our shots) and the actual implantation day (where I was high as a kite and barely remember shooting the video ) to the first video we took after we received the amazing news! I am so grateful to @drmarksurrey & @scrcivf amazing staff for helping make our dreams come true! ________________________________________________________Dear Baby: We loved you even before you were conceived. We have prayed and asked for you for years not knowing if you would ever come to fruition, so this year is a year we will never forget and a year of miracles for us! Your Mommy and Daddy love you more then you know and are soo excited to meet you in six months! Thank you for choosing us as your parents and for giving us the most amazing gift we could have ever asked for...you! God is Great! He is the reason for you and our blessings! Thank you Lord! 2018 has been one of the best years of my life and I am sooo looking forward to 2019!Hope you guys enjoy a little sneak peak of our journey. ________________Remember if you are going through this don’t give up!It’s been four years of heartache for us but we kept on pushing...so you got this! Sending you all baby dust & love!

The four months pregnant soon to be mother posed with nothing but a Calvin Klein bra and undies in an intimate photo shoot earlier in January 2019.

Gretchen Rossi's Past Relationships and Affairs

There are no specific reasoning for their split, but it is likely down to some personal differences they were unable to resolve.

Gretchen soon moved on and subsequently met Jeffrey Beitzel. Rossi was engaged to Jeff in 2008 while he was suffering from leukemia at the time.

Jeffrey was married five times before and had four children from his earlier relationships. Sadly, Jeff passed away on September 13, 2008, after he lost his battle with leukemia, leaving $2.5 million in his will for his fiancee. 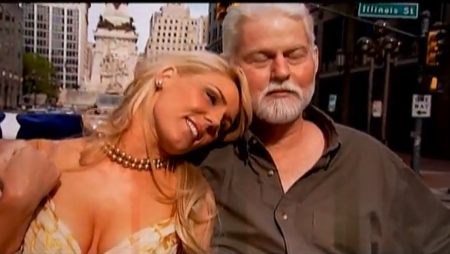 However, Gretchen was soon involved in a controversy when a man named Jay Photoglou claimed to be her ex-boyfriend while she was still together with her fiancee.

The cheating allegation was not well received by Gretchen who sued the accuser for defamation and for other counts as she claimed he stole her private property including nude photos which he published on the internet. 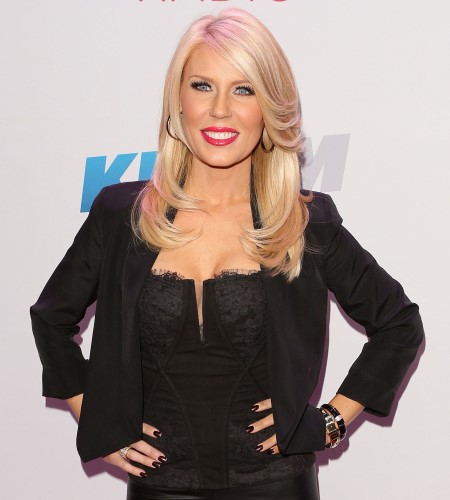