Home Article Age 48, Actress Catherine Zeta-Jones Married to Michael Douglas Since 2000; They Share Two Children; Details On Her Past Affairs

Age 48, Actress Catherine Zeta-Jones Married to Michael Douglas Since 2000; They Share Two Children; Details On Her Past Affairs 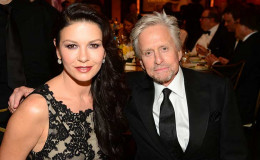 known for famous roles in several movies, Catherine Zeta-Jones is married for a long time now. Let's know about the actress' personal life so far.

The beautiful actress, best known for her roles in the movies like Chicago and The Mask of Zorro, Catherine Zeta-Jones is now leading the industry with her charms and talent. Despite facing several failures in her relationships back in days, she is married to Hollywood's legend and living a blissful life.

The actress is married for a long time with Michael Douglas and is living is a little low-key these days while her fans are eager to know about the beautiful actress. Let's dig up some personal information about the actress so far.

Popular from the role in the TV series The Darling Buds of May, Welsh-born actress Catherine Zeta-Jones is one of the most beautiful and talented actresses in the TV industry.

Talking about her love life, she is married to the stunning actor of the Hollywood industry, Michael Douglas. Michael is known for his roles in the movies Falling Down, Ant-Man, Romancing the Stone and Wall Street and several others as well. 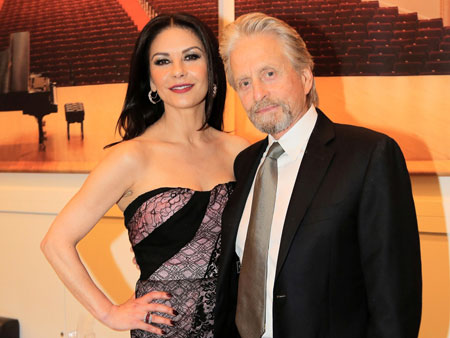 The pair met at the Deauville Film Festival in France in August 1998 where they were introduced by the actor Danny DeVito. The couple got engaged on 31st December 1999 and tied the knot on 18 November 2000 at Plaza Hotel in New York.

The ceremony was high-profile and cost an estimated of £1.5 million ($2 million) which was labeled as the "wedding of the year" by BBC.

They had an exclusive deal with Ok! Magazine of £1 million to take pictures of the event and the other press or any media was not allowed at the ceremony as the security was so tight and the guests had to show the Hologrammed invitations provided to enter in the ceremony.

Despite the fact that there was tight security, reporters from Hello! Magazine secretly took pictures of the ceremony and immediately after the wedding the pair was granted a court injunction to ban the media but was lifted on appeal and sued the Hello! Magazine.

The wedding was high-class and even the ring came from Aberystwyth, UK. The best man at the wedding was Cameron Douglas, Michael's 21-year-old son from his previous marriage.

Talking about Douglas's previous marriage, he was long married to Diandra Luker whom he married in 1977 and got divorced in 1995 as Diandra filed for divorce. She was awarded $45 million as a part of the settlement.

Douglas suffered from tongue cancer in 2010. Because of this, Catherine and her husband faced a turbulent time in their relationship. She suffered from depression and bipolar II disorder.

The duo started living separately because of the incident in the year 2013. They soon reconciled in the following year, 2014.

Makes me so happy to see the love Dylan and Carys have for each other. #nationalsiblingday

The pair shares two children, son Dylan Michael, and a daughter Carys Zeta and resides in New York and is having a great time together going on holidays, spending their precious time with each other.

Talking about the previous life of the actress, she was linked with several men romantically. She dated TV presenter John Leslie for about two years from 1991 but they eventually broke up because she forced him to have children. 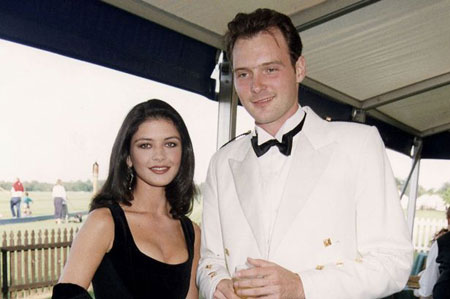 She was once engaged to the Scottish actor Angus Macfadyen in the mid-90s but their relationship did not work out and they had to break up after two years of togetherness. 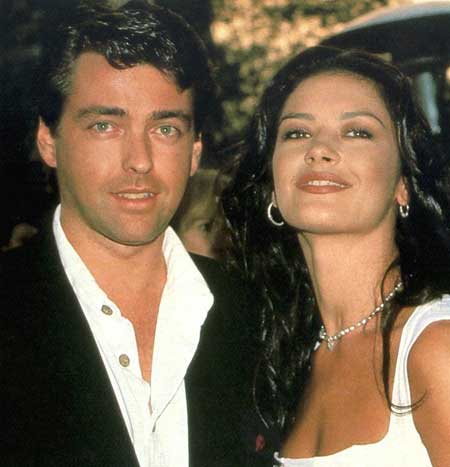 Just after splitting with Angus she was seen in an embrace with Paul McGann, her co-star in the series Catherine The Great but the actor denied the fact that he had an affair. 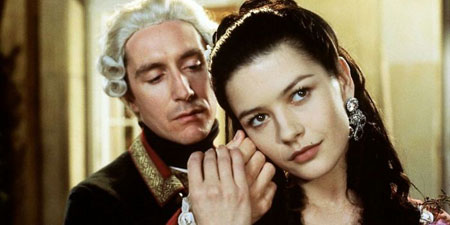 She was also linked with the legendary singer of the band Simply Red, Mick Hucknall but they just dated for a short period of time for about 4 months. 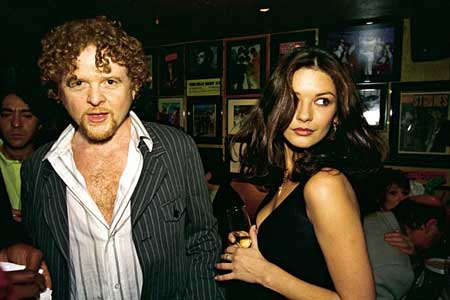 Well, her final boyfriend before getting married was Hollywood's multi-millionaire producer Jon Peters but she declined the proposal of Jon saying,

"It wouldn't be sensible to marry him. There are plenty more big fish in the sea."

Seems like the actress has been linked with several "Big Fish" as she said but is now married and living a blissful life with her family. 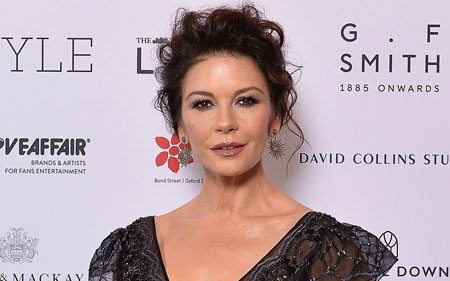