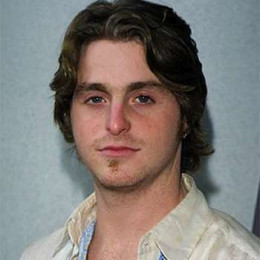 Cameron Morrell Douglas is an actor, known for his portrayal in films like Jackie Chan's Mr. Nice Guy, It Runs in the Family, National Lampoon's Adam & Eve and Loaded. He was born to a family of actors, where he is the only child of Diandra Morrell Douglas and eldest son of actor Michael Douglas. His grandfather, Kirk Douglas is an actor and grandmother, Diana Dill is an actress.

His personal life is full of ups and downs. He was arrested and had severed jail multiple times due to his involvement in drugs possession and supply activities. Currently, he is out of jail but has stayed total low profile after those controversial issues made headlines in the American media. He hasn't married anyone yet but once he had a girlfriend, who is a Canadian film producer.

Cameron's parents are Michael Douglas and Diandra Luker. His half-siblings from his father's second marriage to Catherine Zeta-Jones who are married for twenty years, are Carys Zeta Douglas and Dylan Douglas.