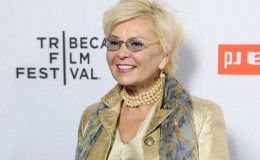 After facing a couple of failure in married life, American actress, and comedian Roseanne Barr has finally found the love made for her. She spotted her longtime love, Johnny Argent in 2002 on her online blog and ever since the two are living together.

After facing a couple of failure in married life, American actress, and comedian Roseanne Barr has finally found the love made for her. She spotted her longtime love, Johnny Argent in 2002 on her online blog and ever since the two are living together.

The mother of five is living a blessed life on a farm situated in the Big Island of Hawaii. Let's get details about the couple and their relationship below!!!

Barr, 65, met writer-composer Johnny Argent online in 2002 through a writing contest on her blog. Soon, the two became an item in 2003 after a year of regular phone conversations.

Barr and her longtime boyfriend make  frequent public appearance. They look like a picture-perfect couple. 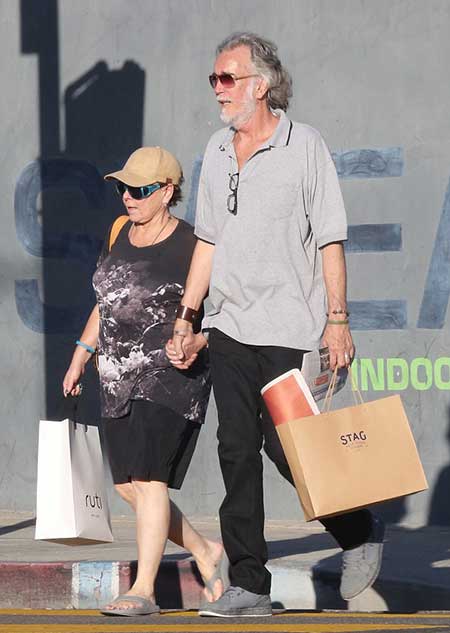 Some sources say that the lovely pair is living together on a 46 acres macadamia nut farm on the Big Island of Hawaii. She purchased the property for $1.78 million in 2007.

Back in October 2016, they were spotted together as they went shopping along Abbot Kinney Boulevard in Venice, California.

They seemed so much into each other as they walked across the street with hand in hand.

The couple has become inseparable ever since they first met online. We wish them all the very best for the future endeavors.

Roseanne Barr's Past Affairs And Relationships

The actress was just 17-year-old when she gave birth to a daughter named Brandi Brown. She placed her daughter for adoption as she was incapable to care the baby.

The Home on the Range's actress is the parent of three kids Jake Pentland, Jessica Pentland, and Jennifer Pentland from her first marriage to motel clerk Bill Pentland. 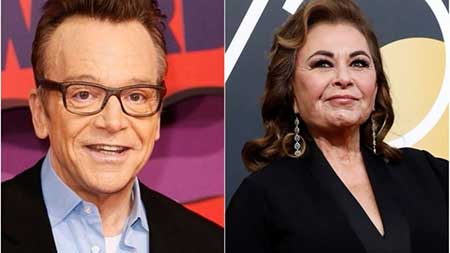 The former couple tied the knot on 4th February 1974, maintained their relationship for 16 years and divorced on 16 January 1990.

Within four days of an official divorce, she married fellow comedian Tom Arnold on 20 January 1990. The relationship, however, couldn't sustain for a long time as she filed for a divorce from Arnold on 18 April 1994. 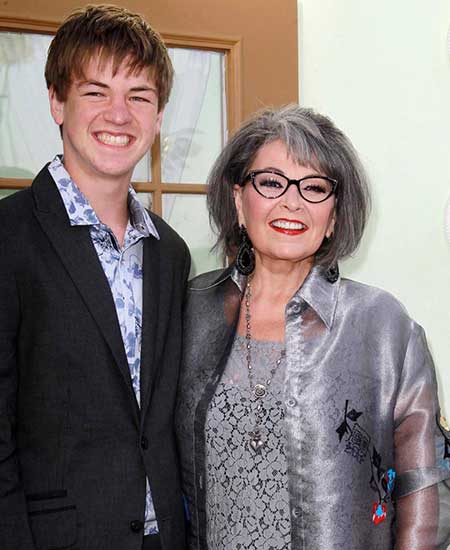 Roseanne Barr and he son Buck Thomas
Source: Read It

Nearly a year later, she married her one-time personal security guard Ben Thomas on 14 February 1995. She conceived a baby with Thomas via in-vitro fertilization.

She is blessed with a son named Buck Thomas. The couple lived together until 2002.